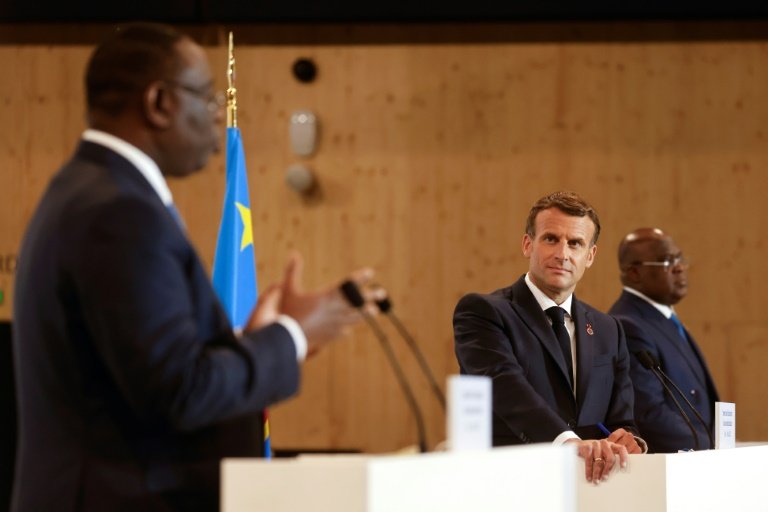 The summit, which brought together African leaders and global financial institutions, launched "a New Deal for Africa and by Africa", host French President Emmanuel Macron told a news conference.

Africa's populations have been less badly hit by the pandemic than other regions -- with a total of nearly 130,000 dead compared with almost 3.4 million worldwide, according to the latest AFP tally from official sources.

But the economic cost has been devastating, with the International Monetary Fund warning in late 2020 that Africa faces a shortfall of $290 billion up to 2023, undermining all efforts at development.

Meanwhile a slow vaccine rollout has raised fears that variants could emerge on the continent that would hit Africans and then spread worldwide.

The summit was dominated by fears that while richer nations were launching economic recovery packages, Africa lacked the means to follow suit, and risked increased inequality and consequently insecurity.

"We cannot afford leaving the African economies behind," said the summit's final declaration.

Macron said there was also great inequality in terms of limited African access to coronavirus vaccines, and the summit hoped that patents would be lifted so Africa could begin to produce its own jabs.

Citing the slow pace of vaccination as a major problem for the continent, Macron staked out an aim of vaccinating 40 percent of people in Africa by the end of 2021. 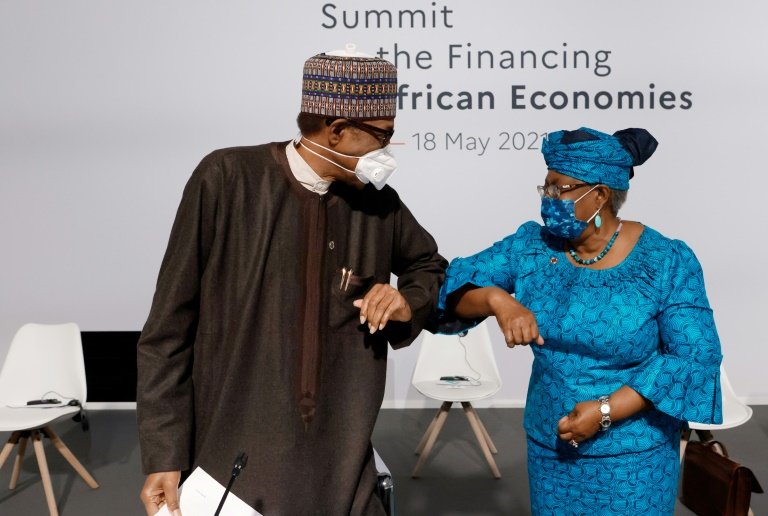 "The current situation is not sustainable, it is both unfair and inefficient," he said.

"We are asking the WHO, the WTO and the Medicines Patent Pool to remove all these constraints in terms of intellectual property which blocks the production of certain types of vaccines," Macron added.

Senegal President Macky Sall hailed a "change of mentality" in the approach, with G20 nations realising their own wellbeing depended on vaccine progress in Africa.

"We have a common responsibility; vaccinating one's own populations does not guarantee health security," he said.

IMF chief Kristalina Georgieva warned that failure to accelerate the vaccine rollout in Africa would also have economic consequences.

"It is clear that there is no durable exit from the economic crisis unless we exit the health crisis," she said.

On the finance front, "we will leverage on the international financial system to create the much-needed fiscal space for African economies," the closing statement said. 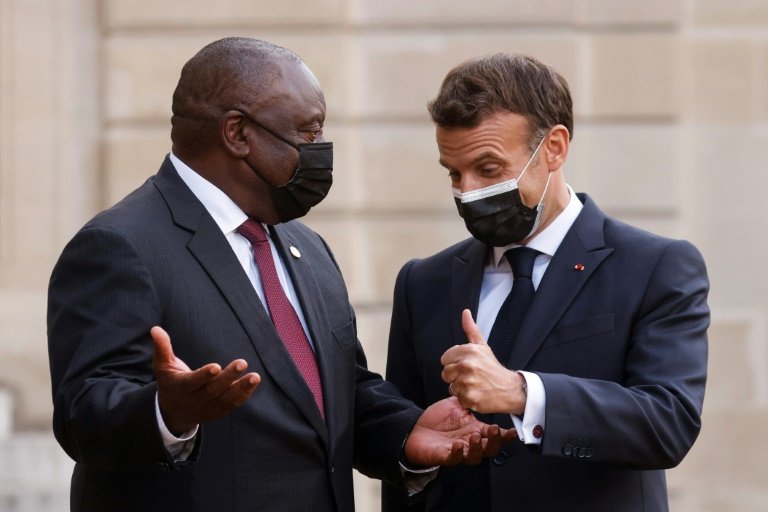 The signatories said they would now push for the rapid general allocation of $650 billion worth of special drawing rights (SDRs) by the IMF to all its members, of which around $33 billion would go to Africa.

SDRs are a reserve asset used to bolster the financial position of IMF members, based on a basket of currencies, which can be converted for much-needed dollars.

The United States has been pushing for such an IMF payout to counter the economic impact of Covid-19, including for low-income countries.

Macron told the news conference that several rich countries had agreed to turn their share of the SDRs over to African countries because $33 billion "is too little", hoping that voluntary contributions could boost the African share to $100 billion, to which the IMF could add some of its gold reserves.

Some experts criticise SDRs for being easy money for fiscally irresponsible nations, and Tuesday's declaration urged countries "to utilise these new resources transparently and effectively".

Summit leaders promised that they would seek to complement the SDRs with "flexibility on debt and deficit ceilings", but they also urged countries to undertake "necessary reforms at the national level".

Italian Prime Minister Mario Draghi, a former boss of the European Central Bank, promised the summit's proposals would be supported by G20 group of countries, and "in all multilateral institutions around the world".

Georgieva said there was "a very dangerous divergence between advanced economies and developing countries, especially Africa".

African economic growth was on course for just 3.2 percent this year, far behind the rest of the world's projected six percent, she said.

The summit welcomed a moratorium on the service of public debt agreed in April by key global lenders.

The summit came a day after a conference on Monday attended by several heads of state that aimed to rally support for the Sudan government.