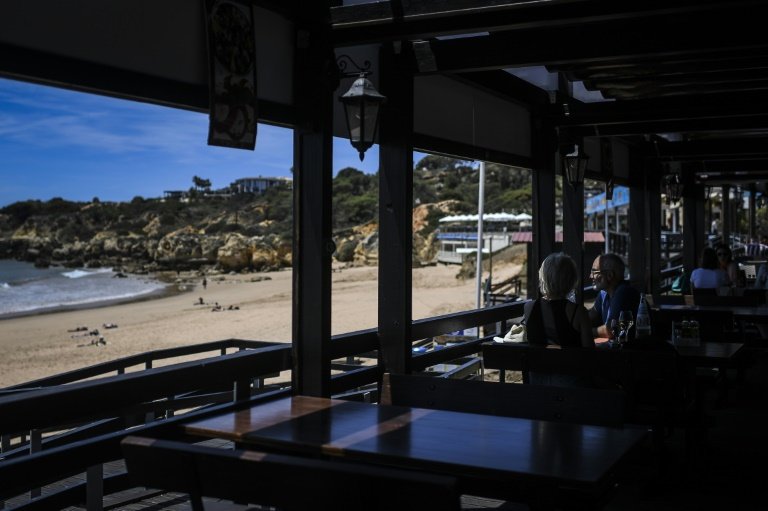 British holidaymakers returned to the sun-soaked beaches of Portugal on Monday, as the country seeks to revive its battered tourism industry after lifting travel restrictions that had been imposed to curb Covid-19.

Britons are the biggest contingent of tourists in Portugal, a country whose economy relies heavily on foreign visitors.

Portugal imposed a strict two-month lockdown earlier this year to control a new wave of coronavirus infections. It lifted restrictions on visitors from Britain and most European Union countries from Monday.

Bea Wilkinson, a waitress from the northern English city of Manchester, spoke of her delight to have arrived on the first flight to Faro, on Portugal's southern Algarve coast.

"I've been at home for five months. The restrictions were really hard, and there's the constant rain," said Wilkinson, as she sat at a cafe in the village of Alvor.

"With the pictures I posted, everybody at home will be coming here," Wilkinson joked as a radiant sun shone and temperatures hit 30 degrees Celsius. 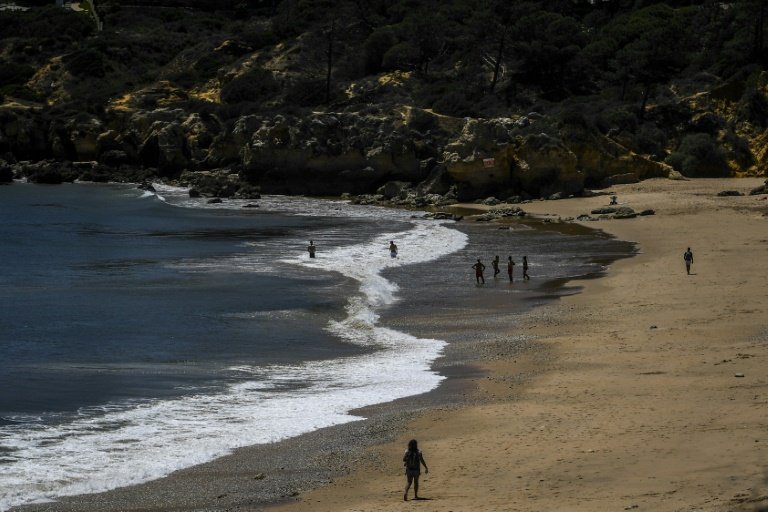 Barry Thompson, a 63-year-old retired policeman from Manchester who landed in Faro with his wife and 11-year-old son, recalled good times in the region before the pandemic.

"It's nice to get away and be back here," Thompson said, 11 years after his first visit to the Algarve. "We're very excited."

Some 30 flights from the UK were expected in Portugal on Monday, including 17 taking around 5,500 passengers to Faro.

"We were desperate to come back. It's fantastic," said Diane Healy, who owns a property in Lagos, a coastal town west of Faro.

"I'm over the moon. It's wonderful to be back."

The lifting of restrictions came after London placed Portugal on its "green list" of countries to visit without having to self-isolate on returning home. 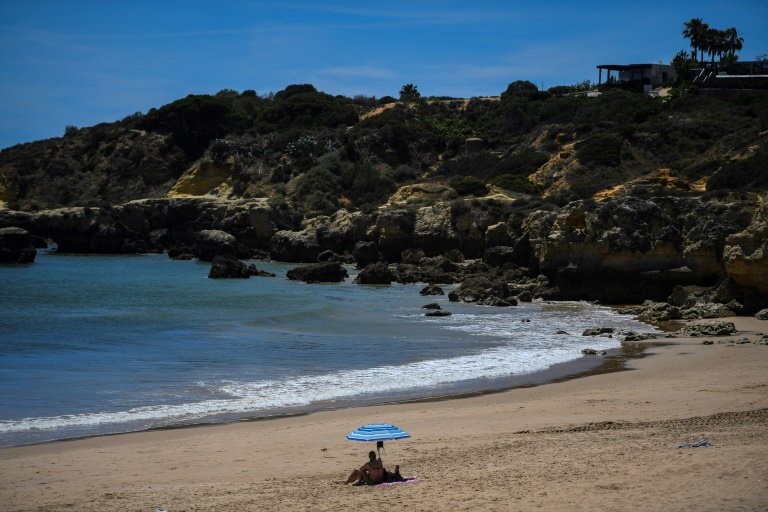 A woman sits under a beach umbrella at Oura beach. Restaurant owners and others hailed the restart of tourism, but some were cautious / © AFP

Thousands of English football fans are also expected later this month for the May 29 Champions League final between Manchester City and Chelsea in Porto.

Britons can now visit Portugal as long as they show a negative PCR test result for Covid-19 at most 72 hours before boarding the plane.

Portugal and Britain currently have two of the lowest virus rates in Europe.

"Today is a special day because we are restarting the engine of our economy," the head of tourism for the region, Joao Fernandes, told AFP. 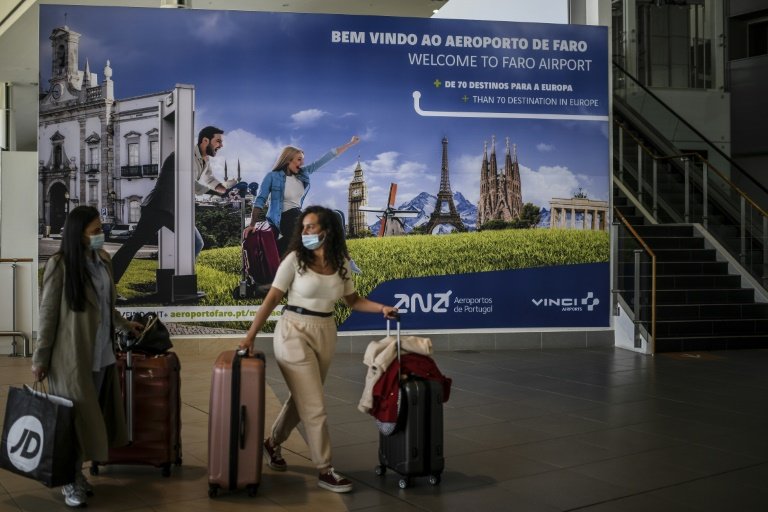 But near Albufeira, which is popular among many young Britons for its beaches and night life, Jorge Brito was more cautious.

"There is a little hope, but I'm really afraid that everything will stop again," said Brito, who owns a restaurant on Oura beach, along with an ice cream shop and a grocery store.

On the seafront, only about 20 people could be seen taking advantage of the balmy weather and the turquoise sea.

The Algarve region, home to 500,000 people, greeted some 3.6 million foreign tourists in 2019 alone, a third of them from Britain.