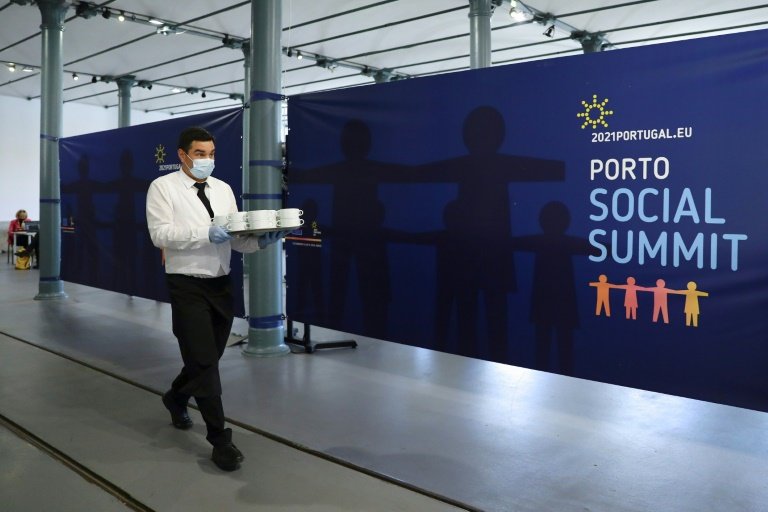 EU leaders stressed on Friday the importance of fighting poverty and inequality as the continent emerges from the Covid-19 pandemic, but member states remain divided about Brussels' role in rebuilding a fair economy.

The heads of the EU institutions agreed an action plan with stakeholders from labour and civil society, before heading to dinner with most of the 27 member state leaders ahead of Saturday's European summit.

"We are going to transform Europe's economic governance, thanks to this action plan, the model will be more balanced, more fair... a better Europe," host Antonio Costa, the socialist prime minister of Portugal, declared.

A handful of leaders, notably German Chancellor Angela Merkel and Dutch Prime Minister Mark Rutte, will attend only by videoconference.

In what was dubbed the "social summit", the meetings began Friday with conferences bringing together representatives of civil society and trade unionists, as French President Emmanuel Macron and other leaders attended workshops.

"We are living unprecedented times," social summit delegates said, in a statement dubbed the Porto Social Commitment, calling for "a transition towards a green, socially just and digital economy".

"With unemployment and inequalities increasing due to the pandemic, it is important to channel resources where they are most needed to strengthen our economies and to focus our policy efforts on equal opportunities."

There cannot be a general relaunch of a social Europe without rethinking our economic model," said Luca Visentini, secretary general of the European Trade Union Confederation. "We need to move from the old narrative based on austerity and fiscal discipline."

The events are being held just days after Portugal, with one of the lowest coronavirus incidence rates in Europe, entered the final phase of lifting its Covid restrictions.

For Fernanda Martins, who runs a small family cafe nearby with her husband, Friday's meeting meant above all the return, however briefly, of a clientele that has been missing since the pandemic hit.

"The summit has brought the area back to life and finally given us some work. That's all we want, I hope there will be more," said the 60-year-old who reopened a month ago after living on a government support of less than 300 euros a month, but has seen few customers. 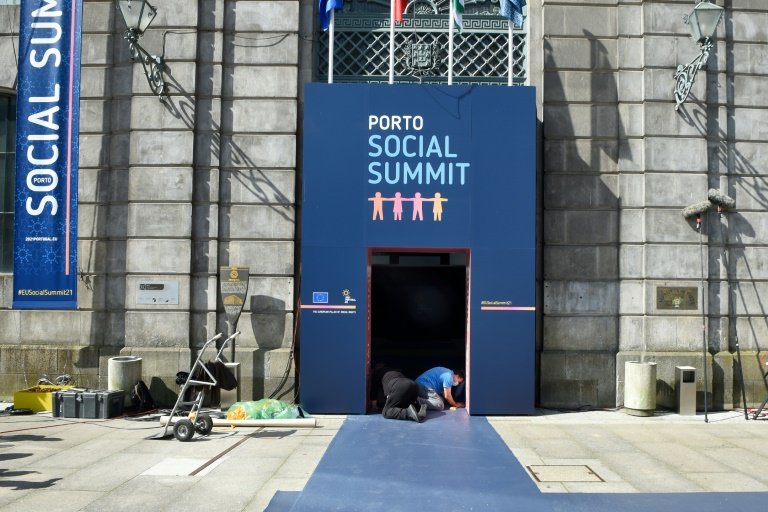 The events are being held in Porto's old customs house / © AFP

Further on, at his ceramics shop, Manuel Andrade, 64, said he had been living off odd jobs and the solidarity of his neighbours, and receives no state subsidies.

The social summit was followed by a more formal dinner, where leaders discussed the latest developments in fighting the pandemic, including the US proposal to lift patents on anti-Covid vaccines to help developing countries.

They will again discuss social affairs on Saturday, ahead of a video summit with Indian Prime Minister Narendra Modi and with Merkel and Rutte participating by video link.

At the heart of the economic discussion will be a non-binding proposal by the EU executive to get countries to target an employment rate of 78 percent by 2030, train at least 60 percent of adults each year and reduce the number of people at risk of poverty by 15 million. 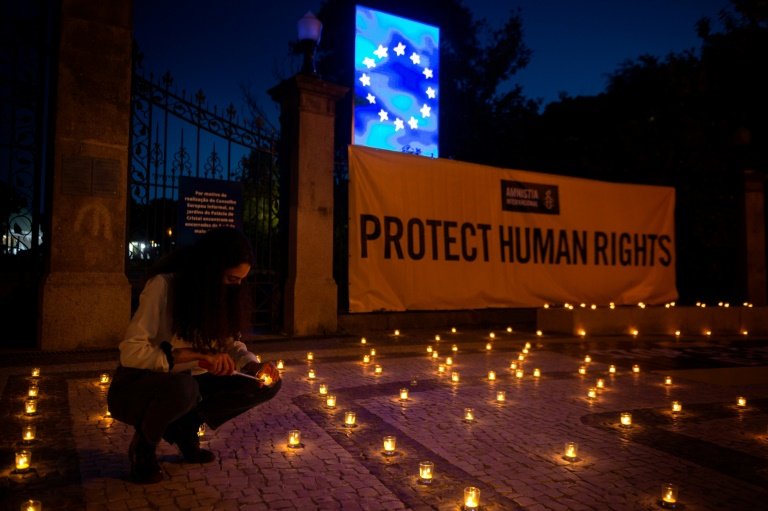 Known as the "social summit", the EU meeting on Friday includes conferences bringing together representatives of civil society and trade unionists / © AFP/File

This would be a complement to the EU's massive 750-billion-euro ($905 billion) recovery plan whose benefits should begin to be felt this year.

Leftist parties have organised a counter-summit and plan to demonstrate in the streets of Porto on Saturday, claiming the two-day meeting amounts to little more than a talking shop.

He said that 700,000 people in Europe sleep rough every night and more than 20 million workers live in poverty due to the increase in precarious work contracts used by digital platforms for food delivery and taxis.

The EU's 27 member states are deeply divided on social issues. The southern countries -- such as France, Italy, Spain and Portugal -- are determined to push for the protection of the economically vulnerable.

Rich northern countries, attached to their successful national models, and the eastern countries, which fear losing their competitiveness, reject going further down this route.

"There is resistance, reluctance, moments of tension, but they are necessary for there to be progress today," said Macron.