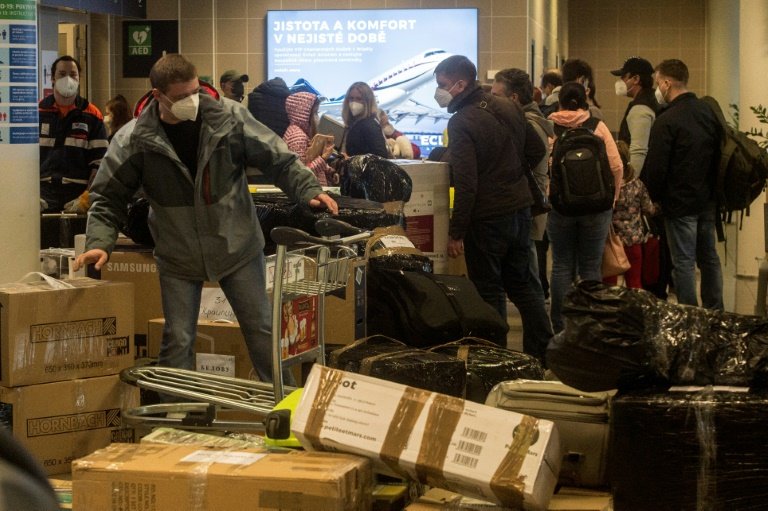 Members of the Russian embassy in Prague were flying home, even as Moscow expelled Czech diplomats from Russia / © AFP

The Czech government said Monday it would eliminate Russia's Rosatom from a multi-billion-euro tender to build a new nuclear plant unit and would no longer consider buying Sputnik V vaccines.

The announcements follow tit-for-tat expulsions of diplomats after Prague accused Russia's secret services of being behind a fatal explosion on Czech territory in 2014.

Rosatom said in a statement the move was an "anti-market, politically motivated decision that does not encourage the development of mutually beneficial cooperation between our countries."

The decision leaves France's EdF, South Korea's KHNP and US-based Westinghouse in play for a contract to build the new unit at the southern Dukovany plant by 2036.

Eighteen Russian diplomats identified by Czech intelligence as spies left Prague for Moscow on Monday, while 20 Czech diplomats expelled by Russia in retaliation landed in Prague later in the day or set out for home by car.

Citing an intelligence report, the Czech government has said Russia's military secret service GRU orchestrated a 2014 explosion that killed two people, followed by another one the same year.

Czech police are seeking two men in connection with the blast, who British authorities also identified as suspects in the 2018 poisoning with the nerve agent Novichok of former Russian double agent Sergei Skripal in Salisbury.

The Kremlin has dubbed the expulsion of its diplomats "provocative and unfriendly". 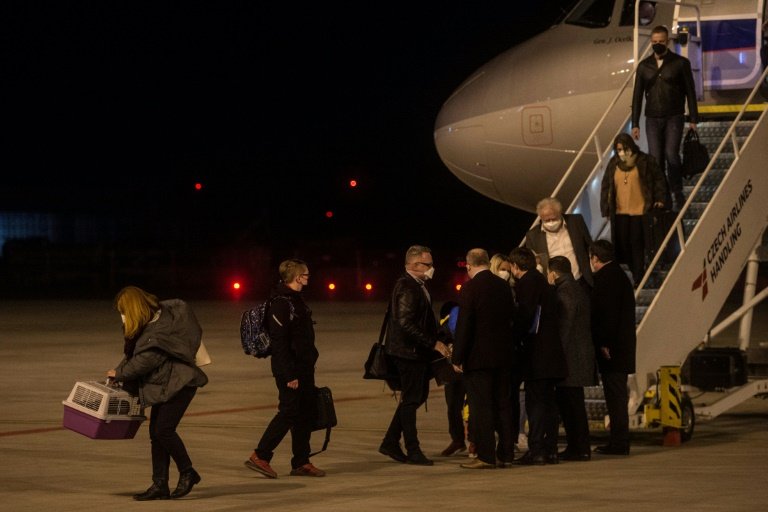 As well as ruling Rosatom out of the nuclear tender, Foreign Minister Jan Hamacek said the Czech Republic would no longer consider buying the Russian-made Sputnik V vaccine against Covid-19.

"The only way now is to rely on vaccines that have been approved by the European Medicines Agency," Hamacek said.

Czech Prime Minister Andrej Babis said the 2014 explosion at an ammunition depot near the eastern village of Vrbetice was not an act of state terrorism, as it targeted goods owned by a Bulgarian arms dealer.

"He probably sold these arms to entities fighting against Russia," Babis told reporters.

"But there's no way we could tolerate GRU agents carrying out such operations here," he added.

The attack happened in the same year that Russia annexed the Crimean peninsula from Ukraine and a conflict broke out between Ukrainian forces and Russia-backed rebels in the east of the country.

Babis said the attack was "fumbled," as the military material was probably meant to explode on its way to Bulgaria and not on Czech territory.

The two Russians allegedly behind the explosion were identified as Alexander Mishkin and Anatoly Chepigov based on video footage from the site and photos published after the Skripal attack.

Top Czech prosecutor Pavel Zeman said the two had arrived in the Czech Republic several days before the first blast, presenting themselves as arms dealers.

The purported Bulgarian client, the Emco company owned by entrepreneur Emilian Gebrev, said it had not planned any transport of arms from the depot "in the months before, during and at least a year after the explosions, neither to Bulgaria nor to any third country".

Gebrev himself was the victim of an attempted poisoning in 2015 in the Bulgarian capital Sofia, and an investigation for his attempted murder is ongoing.

Gebrev has said that he believes he, his son and an executive from Emco were all targeted with a Novichok-related substance.