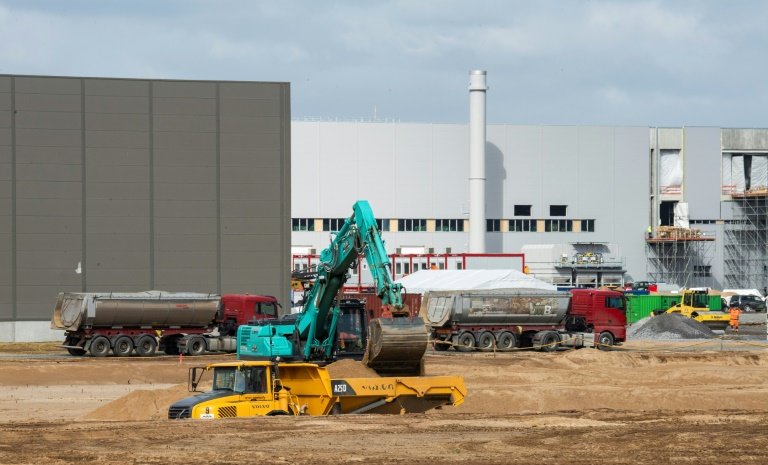 Environmentalists are fighting the construction of Tesla's "Gigafactory" outside Berlin / © AFP

In the green forest outside Berlin, a David and Goliath-style battle is playing out between electric carmaker Tesla and environmental campaigners who want to stop its planned "gigafactory".

"When I saw on TV that the Tesla factory was going to be built here, I couldn't believe it," said Steffen Schorch, driving his trusty German-made car.

The 60-year-old from Erkner village in the Berlin commuter belt has become one of the faces of the fight against the US auto giant's first European factory, due to open in the Brandenburg region near Berlin in July.

"Tesla needs far too much water, and the region does not have this water," said the environmental activist, a local representative of the Nabu ecologist campaign group.

Announced in November 2019, Tesla's gigafactory project was warmly welcomed as an endorsement of the "Made in Germany" quality mark -- but was immediately met with opposition from local residents.

Demonstrations, legal action, open letters -- residents have done everything in their power to delay the project, supported by powerful environmental campaign groups Nabu and Gruene Liga.

Tesla was forced to temporarily suspend forest clearing last year after campaigners won an injunction over threats to the habitats of resident lizards and snakes during their winter slumber.

And now they have focused their attention on water consumption -- which could reach up to 3.6 million cubic metres a year, or around 30 percent of the region's available supply, according to the ZDF public broadcaster.

The extra demand could place a huge burden on a region already affected by water shortages and hit by summer droughts for the past three years.

Local residents and environmentalists are also concerned about the impact on the wetlands, an important source of biodiversity in the region.

"The water situation is bad, and will get worse," Heiko Baschin, a spokesman for the neighbourhood association IG Freienbrink, told AFP.

Brandenburg's environment minister Axel Vogel sought to play down the issue, saying in March that "capacity has not been exceeded for now". 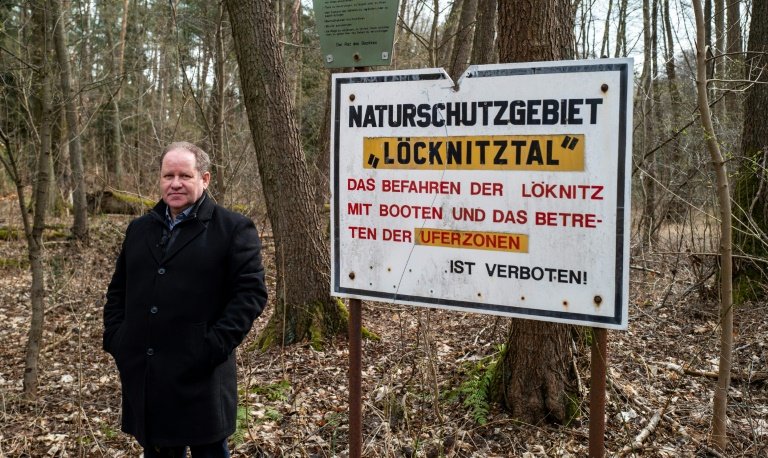 But the authorities admit that "the impact of droughts is significant" and have set up a working group to examine the issue in the long term.

The gigafactory is set to sprawl over 300 hectares -- equivalent to approximately 560 football fields -- southwest of the German capital.

Tesla is aiming to produce 500,000 electric vehicles a year at the plant, which will also be home to "the largest battery factory in the world", according to group boss Elon Musk.

In a little over a year and a half, swathes of coniferous forest have already been cleared to make way for vast concrete rectangles on a red earth base, accessed via the already iconic Tesla Strasse (Tesla Street).

The new site still has only provisional construction permits, but Tesla has been authorised by local officials to begin work at its own risk.

Final approval depends on an assessment of the project's environmental impact -- including the issue of water.

In theory, if approval is not granted, Tesla will have to dismantle the entire complex at its own expense. 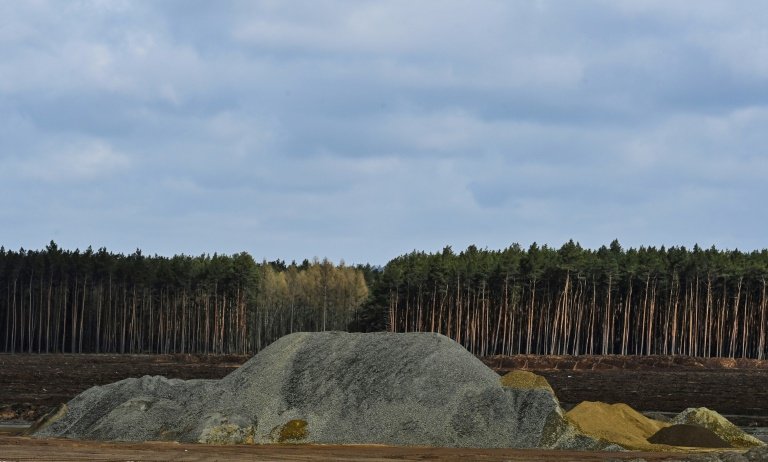 But "pressure is being exerted (on the regulatory authorities), linked to Tesla's significant investment", Gruene Liga's Michael Greschow told AFP.

In early April, Tesla said it was "irritated" by the slow pace of German bureaucracy, calling for exceptions to the rules for projects that help the environment.

Economy Minister Peter Altmaier agreed in April that his government "had not done enough" to reduce bureaucracy, lauding the gigafactory as a "very important project".

Despite Germany's reputation for efficiency, major infrastructure projects are often held up by bureaucracy criticised as excessive by the business community.

Among the most embarrassing examples are Berlin's new airport which opened last October after an eight-year delay and Stuttgart's new train station, which has been under construction since 2010.

Brandenburg's economy minister, Joerg Steinbach, raised the possibility in February that the Tesla factory could be delayed beyond its July planned opening for the same reason.