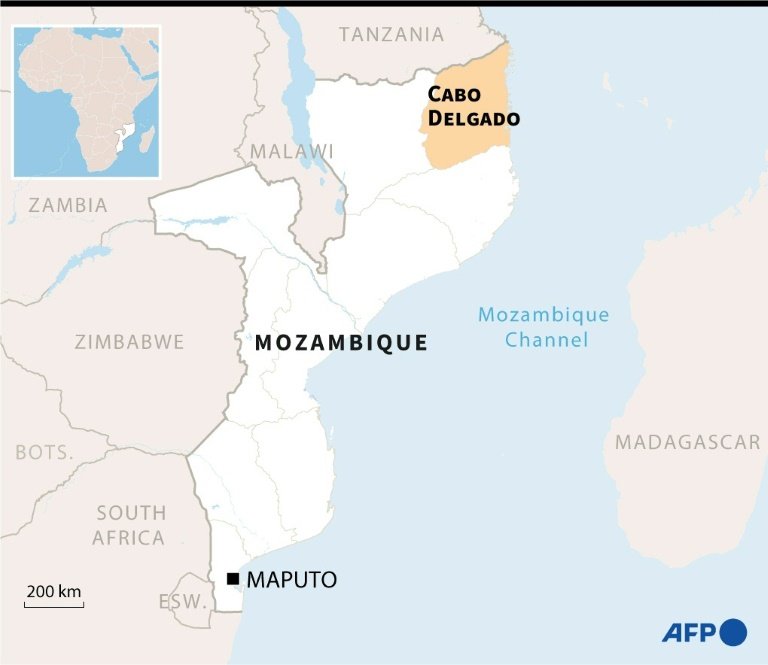 Suspected militants on Wednesday attacked the northern Mozambican town of Palma, the hub of a huge gas exploration project, security sources said, as construction work was due to resume on the scheme.

Mozambique's Cabo Delgado province has since 2017 been the target of attacks by a shadowy jihadist group, raiding villages and towns in a bid to establish an Islamic caliphate.

The latest attack came as Total announced earlier Wednesday that it would "progressively resume" construction at the site "following the implementation of additional site security measures".

"Total and the government of Mozambique have worked together to define and implement an action plan" to reinforce the security of the Afungi site and the surrounding area, the company said in a statement.

But several security sources who did not wish to be named later told AFP that Palma was under seige.

One military commander based in the capital Maputo said two groups of "militants" had concomitantly attacked a police checkpoint and residential neighbourhoods.

"Government forces resisted but then they had to flee," said another military source in Palma.

"The militants are using heavy, new weapons that we have never seen before."

A third source said a plane about to land in Afungi was forced to turn back due to a "heavy weapons attack".

The insurgency has killed at least 2,600 people, half of them civilians, according to the US-based data collecting agency Armed Conflict Location and Event Data (ACLED).

Amnesty International this month said locals were "caught" between militants and Mozambican security forces fighting the insurgents alongside private militia.

Nearly 700,000 people have been uprooted by the violence, placing severe pressure on humanitarian support in the region.

Total itself evacuated some staff in January after jihadists launched a series of attacks just kilometres from the LNG site.

The $20 billion project is still being built and not due to go online until 2024.

Total is the main investor and hold 26.5 percent of the shares.

Six other international businesses are also involved, including Italy's Eni and US major ExxonMobil.