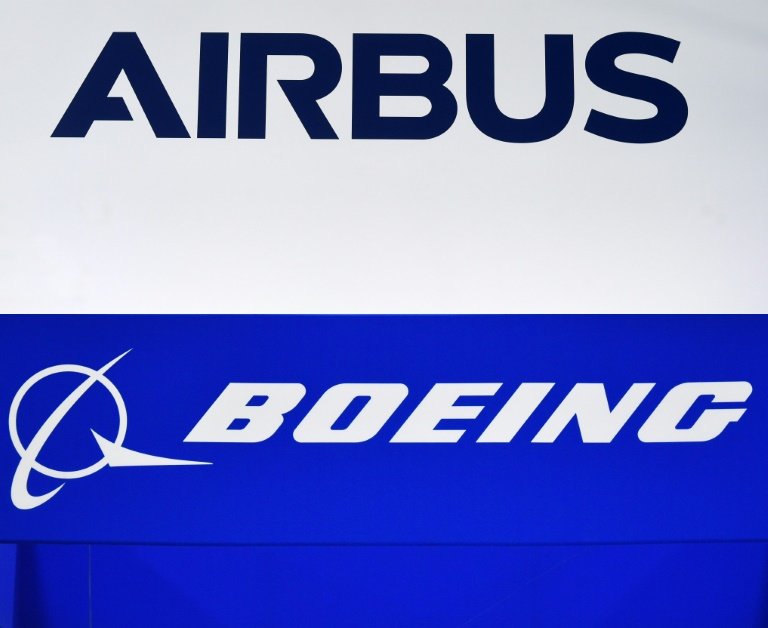 The 16-year-old trans-Atlantic conflict over government aid to the firms saw Brussels and Washington each impose punitive tariffs, including US duties on a record $7.5 billion in European goods. / © AFP

The truce in the 16-year-old transatlantic dispute over subsidies for rival planemakers Boeing and Airbus represents a significant ratcheting back of the aggressive trade policies pursued by former US president Donald Trump.

Following a phone call on Friday, Biden and von der Leyen's announced a four-month suspension of billions of dollars in punitive import tariffs, in what the White House said was an opportunity "to repair and revitalize the US-EU partnership."

"I was glad to speak to President Biden this afternoon -- the first of many exchanges and the start of a good personal partnership," von der Leyen, president of the European Commission, said in a statement.

"President Biden and I agreed to suspend all our tariffs imposed in the context of the Airbus-Boeing disputes, both on aircraft and non-aircraft products, for an initial period of four months."

The call was the European Union chief's first with Biden since he came to office, although the pair spoke in November after he won the US presidential election.

Each side has won WTO rulings in the dispute which authorized the governments to impose punitive tariffs, including US duties on a record $7.5 billion in EU goods.

Washington has imposed tariffs on European products like wine, cheese and olive oil, and 15 percent tariffs on Airbus.

And the EU levied additional duties on $4 billion worth of American products including Boeing planes and farm produce such as wheat and tobacco, plus alcoholic spirits and chocolate.

Biden initially maintained the duties imposed by his predecessor but also pledged to rebuild relations with American allies and trading partners that frayed over the past four years.

On Thursday the United States and Britain -- which hosts an Airbus plant and was part of the EU when the dispute started -- also agreed to suspend retaliatory tariffs for four months.

Von der Leyen said in her statement that she hoped the suspension signaled a "fresh start."

She said her call with Biden touched on many other aspects of trans-Atlantic relations. 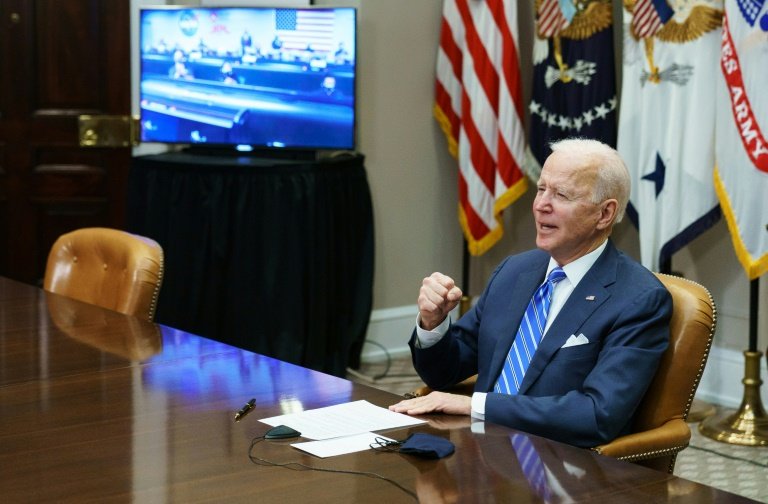 Biden initially maintained the duties imposed by Trump, but von der Leyen said in her statement that she hoped the suspension signalled a "fresh start". / © AFP

"We both committed to focus on resolving our aircraft disputes, based on the work our respective trade representatives," she said.

"This is excellent news for businesses and industries on both sides of the Atlantic, and a very positive signal for our economic cooperation in the years to come."

A joint statement issued by both parties stressed their committed to finally resolving the dispute, which would lead to closer cooperation in other areas, and reinforce the allies as they review ties with a rising China.

"This will allow the EU and the US to ease the burden on their industries and workers and focus efforts towards resolving these long running disputes at the WTO," it said.

Resolving the Airbus-Boeing spat will include, "addressing the trade distortive practices of and challenges posed by new entrants to the sector from non-market economies, such as China."

EU member France, which hosts Airbus' biggest plant, hailed the truce as a "first step in a de-escalation process" but warned that it would approach talks on future rules for the trans-Atlantic aviation sector "without any naivety."

Boeing and Airbus welcomed the deal in separate statements, with the European company saying it would continue to press for a negotiated solution and an end to tariffs that it said only hurt both sides in the row.