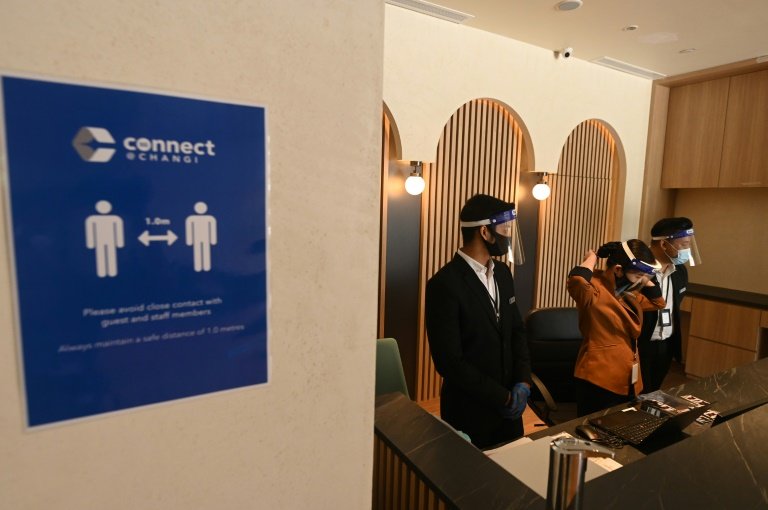 Singapore on Thursday launched what it billed as a coronavirus-secure hotel and meeting complex where visitors communicate via intercom through glass panels, as the Asian financial hub slowly opens up to the world for business.

Short-stay business travellers to Singapore will be able to avoid the official 14-day quarantine rule if they stay at Connect@Changi, a purpose-built facility near Changi Airport.

They will, however, be required to remain within the facility for the duration of their stay to prevent possible transmission to the wider community.

After keeping its borders mostly closed for months, Singapore, which is home to the Asian headquarters of many international firms, will soon allow in business travellers from anywhere in the world as part of efforts to recover from a pandemic-induced downturn. 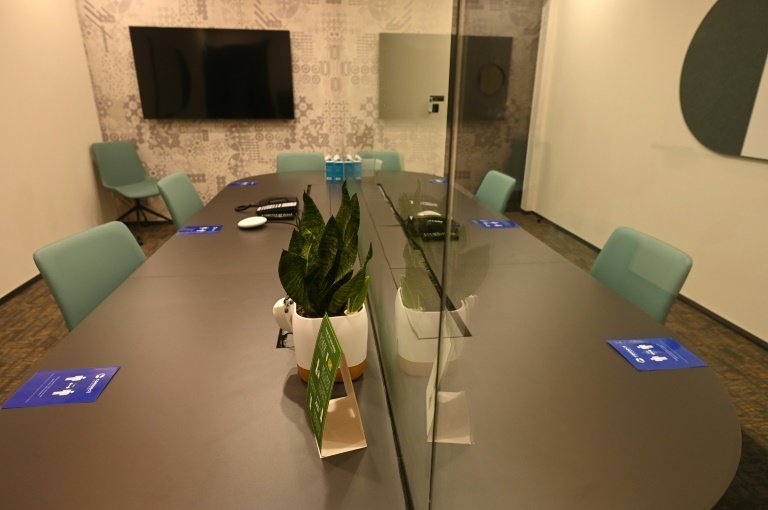 Meetings rooms at Connect@Changi will have glass panel dividers, where busineess travellers can communicate via intercom / © AFP

The city-state suffered its worst-ever recession last year as global travel ground to a halt, with international visitor arrivals plunging to a mere 2.7 million from 19.1 million in 2019.

"The resumption of business travel and international meetings is important for catalysing economic recovery, in Singapore and the region," Deputy Prime Minister Heng Swee Keat said.

It will "preserve our role as a global business hub", he added at the launch of the complex, which will receive its first guests in March.

Upon arrival at the airport, guests will be "bubble wrapped" -- meaning they are tested and then ferried directly to the facility.

The complex will initially have 150 guest rooms which will later be expanded to 660, each with a shelf outside where staff can leave meals without coming into contact with guests.

A red light stays illuminated outside their room until their test comes back negative and then they can go about their business within the complex. 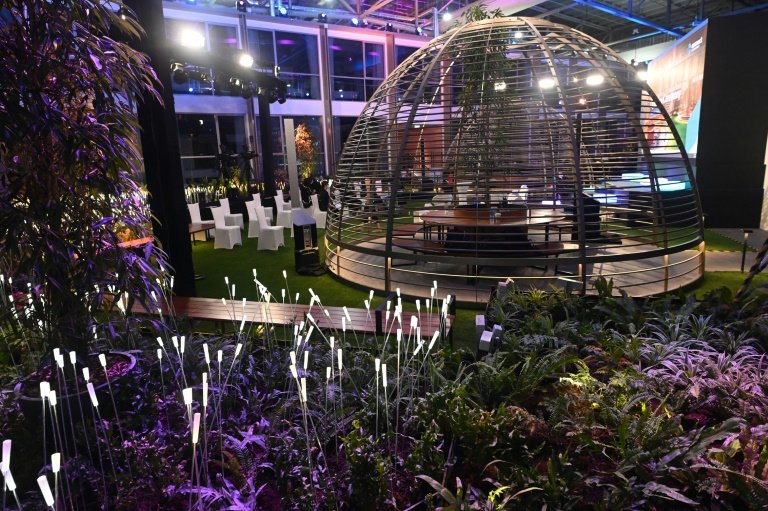 They are tested regularly during their stay and prior to departure.

Initially, the centre will have 40 meeting rooms where the visiting executives are separated from those they are meeting by glass panels and communicate via intercom to cut transmission risks.

This will later be expanded to 170 meeting rooms, where business people can meet executives who are based locally or have flown in from other countries.

A Singapore-based medical technology firm has already booked to use the facility for up to 30 of its senior executives.