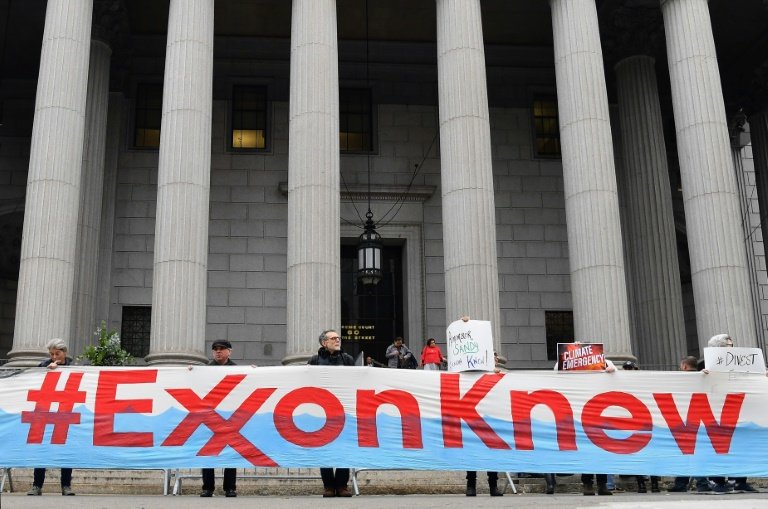 Exxon Mobil plans to announce new steps to tackle climate change -- including by adding members to its board -- as it confronts rising investor scrutiny of its contribution to global emissions, US media reported on Wednesday.

The struggling oil giant is considering adding one or more members to its board and increasing sustainability investments, the Wall Street Journal said, citing unnamed sources.

Exxon Mobil's board currently has 10 members. In January 2017, it named climate scientist Susan Avery as a member.

However, the company has repeatedly come under fire from environmentalists over the dominance of petroleum investments in its capital program at a time when Royal Dutch Shell and other companies are also investing in green energy.

Exxon Mobil said it will update shareholders "in the coming weeks," according to a statement.

Exxon Mobil "will also provide updates on company performance and actions to address climate change, including initiatives to commercialize technologies which are key to reducing emissions and meeting societal goals consistent with the Paris Agreement."

Exxon Mobil's statement came as activist investor group Engine No. 1 on Wednesday formally nominated four people to the company's board, including the former chief executive of Danish wind company Vestas and a former Department of Energy assistant secretary who oversaw federal research and development.

The group, which first announced the plan to shake up Exxon Mobil's board in December, said the oil giant "needs new members... who are sufficiently independent from the current Board to ensure a clean break from a strategy and mindset that have led to years of value destruction and poorly positioned the company for the future."

Exxon Mobil said it will evaluate the Engine No. 1 candidates.

The company has long been a lightning rod for environmentalists over its stance on climate change, but has more recently also come under fire from the investment community over a lagging performance compared with Chevron and some other peers.

Exxon Mobil was bumped from the prestigious Dow index last year following a big drop in its share price.