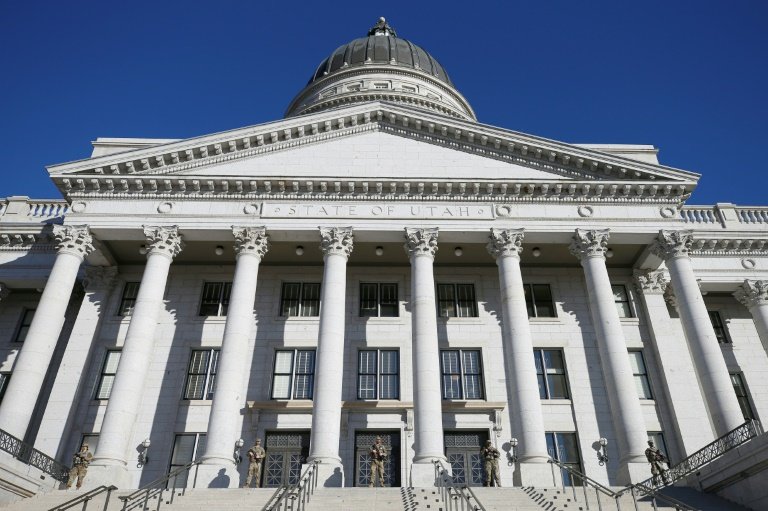 Asian markets mostly rose Monday, rebounding from a sell-off at the end of last week as investors keep tabs on the progress of Joe Biden's new US economic rescue package.

However, while vaccinations and long-term optimism about the economic outlook are providing support, sentiment remains weighed by concerns about surging virus infections and a new, more deadly strain.

Lawmakers in Washington are getting to work on the $1.9 trillion stimulus proposal from the new president, with some suggesting they could pass something before the Senate holds an impeachment trial of Donald Trump, which starts in the week beginning February 8.

But it will likely face headwinds from Republicans who think another massive outlay comes too soon after the $900 billion spending package passed at the end of last year.

"Noises from Washington DC suggest that President Biden's honeymoon won't extend to Senate Republicans handing over 10 votes to ease the package through on a 60-40 majority," said OANDA's Jeffrey Halley.

The Federal Reserve will also hold its first meeting under the Biden administration this week, with investors looking for clues about its plans for monetary policy.

Hong Kong led the gains, rallying more than two percent, after the government lifted a strict weekend lockdown in one part of the city, while Tokyo, Shanghai, Seoul, Sydney, Wellington and Manila also posted healthy gains. Taipei, Singapore and Jakarta all fell.

London, Paris and Frankfurt all rose at the open.

The rollout of inoculations continues to provide support to equities as investors look towards a return to normal life.

"But increasing global Covid-19 infections, new variants of the virus, tightening social distancing restrictions and delays in vaccine rollouts in some places, all increase the near-term growth risks."

British Prime Minister Boris Johnson warned at the end of last week that a mutated strain of the disease could be more deadly and infectious, raising the prospect of more containment measures.