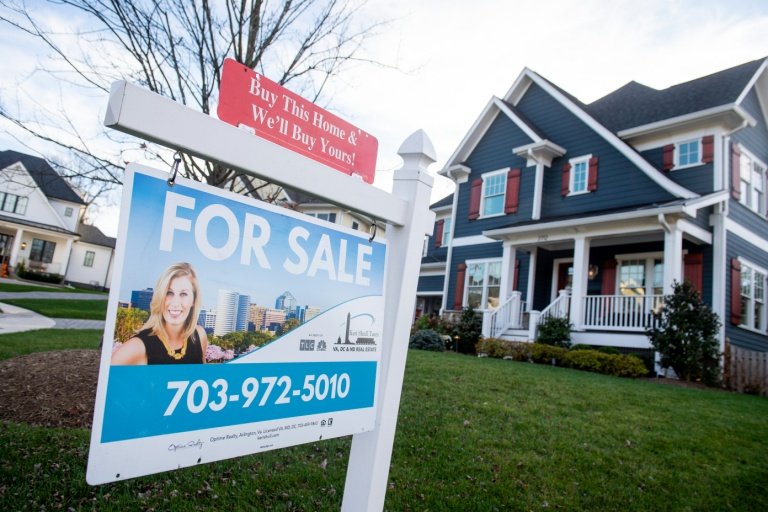 The US housing market boomed in 2020 even as the coronavirus pandemic caused one of the worst economic contractions of modern times, as Americans took advantage of low borrowing rates to buy homes.

The surge in new and existing home sales, and home construction, underscores the unequal experience of the pandemic across the United States. Even as tens of millions of people lost their jobs due to the pandemic disruptions, others were able to afford major property purchases.

And it serves as a stark contrast to the 2008 global financial crisis, when mortgages were at the center of the downturn and the American housing market collapsed.

Existing home sales last year hit the highest level since 2006, the National Association of Realtors (NAR) reported Friday, with sales rising to 5.64 million. That was 5.6 percent higher than in 2019, before the virus harrowed the world's largest economy.

And while the Commerce Department will not release its year-end data for new home sales until next week, through November the 841,000 seasonally adjusted annual rate was 20.8 percent above the same month in 2019.

"What's even better is that this momentum is likely to carry into the new year, with more buyers expected to enter the market," NAR Chief Economist Lawrence Yun said.

The housing market was fairly solid before the pandemic hit, but the Federal Reserve's decision to slash its benchmark lending rate to zero as the coronavirus crisis began fueled the surge in purchases that began after a short pause.

The drastic Fed move was a sign of the severity of the damage and intended to keep the economy afloat.

The last time the central bank cut rates to zero was during the global financial crisis, when the housing market was in the eye of the storm and a wave of subprime mortgage defaults caused millions of foreclosures.

The Pew Research Center in July reported that about one in five Americans moved due to the pandemic or know someone who had, and 18 percent of those who moved said the reason was financial.

But there was also evidence that people took advantage of the changing situation to try out new digs. Pew reported that 13 percent of people moved to a second home or vacation residence, while nine percent headed to a new place that they either bought or rented.

Though some sectors of the economy are struggling to recover from the business restrictions that began last March to stop Covid-19 from spreading, homes sales of rebounded sharply as summer arrived, and remained strong even as the pace slowed.

"The housing market has been a bright spot of the economic recovery thus far," said Joel Kan, associate vice president of the Mortgage Bankers Association.

Homebuilders have struggled to keep up with demand, and construction of new homes grew seven percent last year compared to 2019.

Existing home inventory in December dropped to 1.07 million units, 16.4 percent lower than November and down 23 percent from the year-ago period, NAR said. Unsold inventory is also at 1.9-month month supply, an all-time low.

Strong demand and short supply sent the median sale price upwards to $309,800, 12.9 percent above December 2019, and Kan warned that if the situation doesn't change, that could price the first-time home buyers who make up a third of demand out of the market.

Ian Shepherdson of Pantheon Macroeconomics predicted the housing market was in for a "modest correction" and that prices would continue to rise.

"We expect a renewed, sustained increase in housing activity in the spring, when the Covid pandemic should be receding, but sales are unlikely to rise further before then," he said.