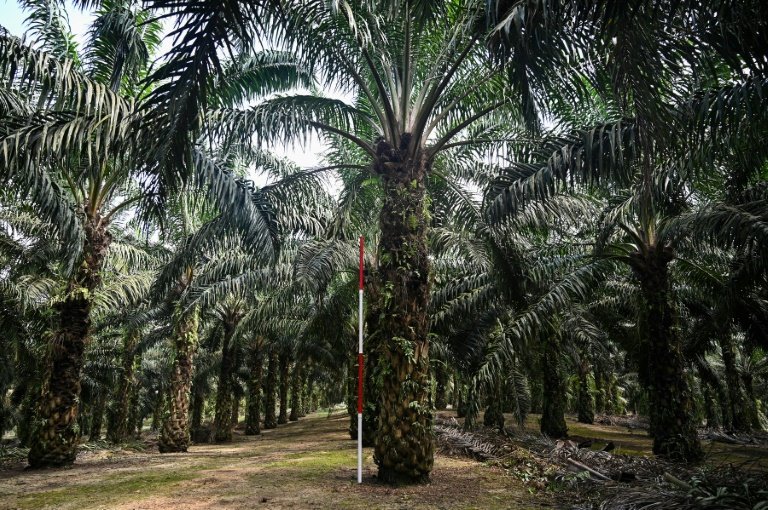 Dwarf palm oil trees are seen in February 2019 at the Malaysian Palm Oil Board research station in Bukit Lawiang; Malaysia, the world's second largest producer of palm oil, balked at EU efforts to phase out its use as a biofuel / © AFP/File

Malaysia has filed a complaint with the World Trade Organization over European Union rules affecting the consumption of palm oil-based biofuels, according to a document published Tuesday.

In the complaint, dated January 15, Malaysia charges that the EU, and in particular its member states France and Lithuania, had imposed restrictive measures on the use of palm oil that violate international trade agreements.

Malaysia, the world's second largest producer of palm oil, balked at EU efforts to phase out the use of palm oil as a biofuel, and has requested consultations to help resolve the dispute.

The EU has embarked on an major plan committing member states to build a carbon neutral economy by 2050, including by promoting the use of biofuels.

But it has deemed that palm oil production is not sustainable, and palm oil-based biofuels cannot be counted towards EU renewable targets.

By doing so, the bloc and its member states "confer unfair benefits to EU domestic producers of certain biofuel feedstocks, such as rapeseed oil and soy, and the biofuels produced therefrom, at the expense of palm oil and oil palm crop-based biofuels from Malaysia," according to the complaint.

Palm oil is a key ingredient in a wide range of products from food to cosmetics but it has long been controversial.

Environmentalists say it drives deforestation, with huge swathes of rainforest logged in recent decades to make way for plantations.

Its use in food and cosmetics has already dropped in Europe, partly due to pressure from green groups on major corporations, but has been increasing in biofuels.

Malaysia is the second country to take the EU to task over palm oil use restrictions, after the world's largest producer of the oil filed a complaint in December 2019.

Malaysia's complaint marks the 600th trade dispute brought before the WTO since the organisation was created in 1995.

The request for consultations marks the first step in the WTO dispute system, and is aimed at giving the parties a chance to talk things through and resolve their differences without moving forward with litigation.

If the consultations fail to resolve the dispute within 60 days, the WTO can create a panel of experts to review the case.