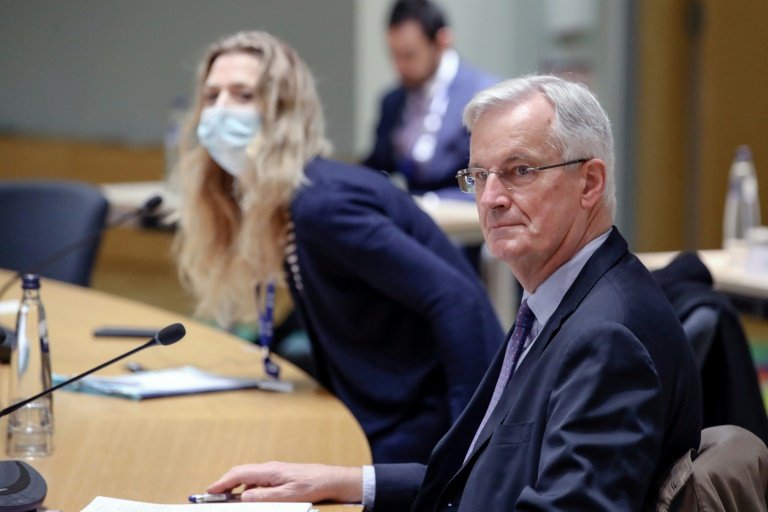 EU negotiator Michel Barnier told MEPs that it would be "difficult but possible" to strike a post-Brexit trade deal with Britain by Friday, sources in the European Parliament told AFP.

With the European Parliament insisting it must see a text of any trade deal within three days if it is to ratify it, the leaders picked up the phone to seek a way through.

"We welcomed substantial progress on many issues, yet big differences remain to be bridged, in particular on fisheries," she said.

"Bridging them will be very challenging. Negotiations will continue tomorrow."

Officials had publicly played down the significance of the "stock taking" call, but a European source close to the negotiations said they were seeking to "clear a blockage, because we're very blocked".

Another European official, speaking on condition of anonymity, told AFP: It's very complicated on the fish. That's what the deal hangs on. We're still a long way off on fish."

In London, a Downing Street spokesperson said: "The Prime Minister underlined that the negotiations were now in a serious situation, time was very short and it now looked very likely that agreement would not be reached unless the EU position changed substantially."

The call came after the main political groups in the European Parliament warned that if they do not see the text of a deal by Sunday they will not be able to ratify it before Britain leaves the EU single market on December 31.

Brussels' chief negotiator Michel Barnier told MEPs a deal could come as early as Friday, but admitted this would be "difficult", with fisheries still a sticking point.

But both sides seem to be manoeuvring to manage public expectations and to secure last minute advantages, even as the outlines of a hard-won agreement begin to fall into place.

A senior European diplomat said member states saw a more flexible timetable, amid suggestions they could give any deal provisional approval if parliament runs out of time.

But a UK source stressed that London was not interested in any delayed or provisional agreement.

"We remain ready to continue negotiations and to ratify an agreement even at a late stage if one can be reached," he said.

"But any agreement has to come into force by January 1 and there are no circumstances in which the UK will continue talks once that is impossible."

Barnier, parliamentary sources told AFP, said Britain had accepted a mechanism to allow Brussels to respond if worker and environmental standards diverge in a way that hurts fair competition.

But he said Britain had not yet said how it would monitor its state subsidies for business -- with the EU wanting stricter independent oversight.

And fisheries remain a point of dispute. Brussels has accepted that Britain will have sovereignty over its waters, and that London will set up a structure to assign quotas to EU boats. 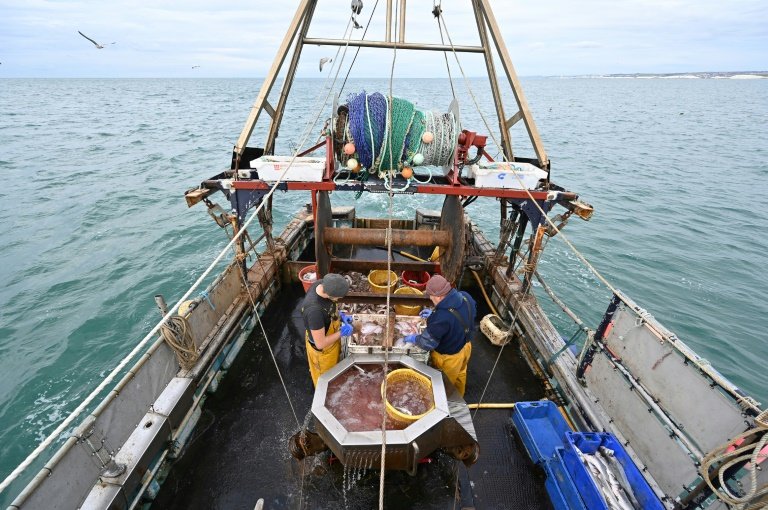 But the sides are arguing over how much fish Britain will gain and Europe insisting it improve its offer.

Barnier will now sit down once again with his UK counterpart David Frost in Friday to press on with talks.

If no follow-on trade agreement emerges in time, tariffs will be imposed on cross-Channel commerce, fuelling the economic disruption caused by London's departure.

Any trade deal reached by Barnier and Frost will have to be approved by the EU and UK parliaments, and special sessions may have to be held in the final days of this year.

MEPs in Brussels said they could hold an extraordinary session "towards the end of December", according to a statement from the leaders of the main political groups and parliament's committee on UK relations.

Meanwhile, unprecedented numbers of heavy goods vehicles are seeking to cross from France to Britain as the Brexit transition period came to a close.

Traffic was heavy in both directions as traders rushed to stockpile goods before December 31, exacerbating delays caused by the pre-Christmas rush and disruption to shipping from the coronavirus crisis.