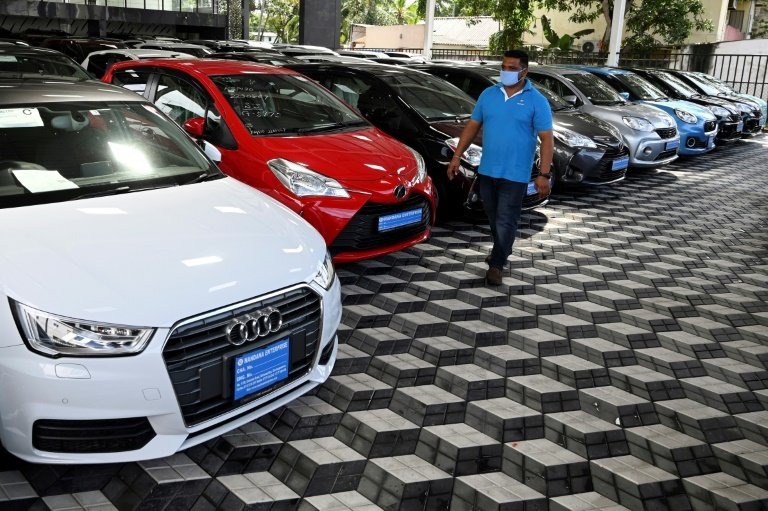 Sri Lanka Thursday extended a ban on non-essential imports such as vehicles as it battles a foreign currency crisis, despite EU claims it violates international trade regulations.

The ban was announced by the finance ministry in March as the local currency plunged and the economy reeled from the impact of the coronavirus pandemic and last year's Easter Sunday bombings.

"The restrictions are primarily because of the difficult situation we are in (regarding balance of payments)," the central bank's economic research director Chandranath Amarasekara said.

"The import ban on high-value items like vehicles and agricultural produce will be extended for another year to save foreign exchange as well as to encourage local agriculture."

The government had said that the prohibition, which also covers spare parts, machinery and household appliances, would only last until the end of this year.

The ban has led to shortages of tyres as well as spices such as turmeric, a key ingredient in local cuisine.

The European Union said last week that the restrictions were having a negative impact on Sri Lankan and European businesses, and on foreign direct investment.

"Such measures impair Sri Lanka's efforts to become a regional hub and negatively impact Sri Lankan exports," the EU said in a statement.

"(A) prolonged import ban is not in line with World Trade Organization regulations."

"At a time when we are trying to deal with a balance of payments problem, even WTO rules allow us to do certain things to meet the... challenge."

Sri Lanka's imports fell to $13.1 billion in January-October from $16.4 billion in the corresponding period last year.

The economy contracted by an unprecedented 1.7 percent in the first quarter of this year, after a 2.3 percent economic expansion last year.