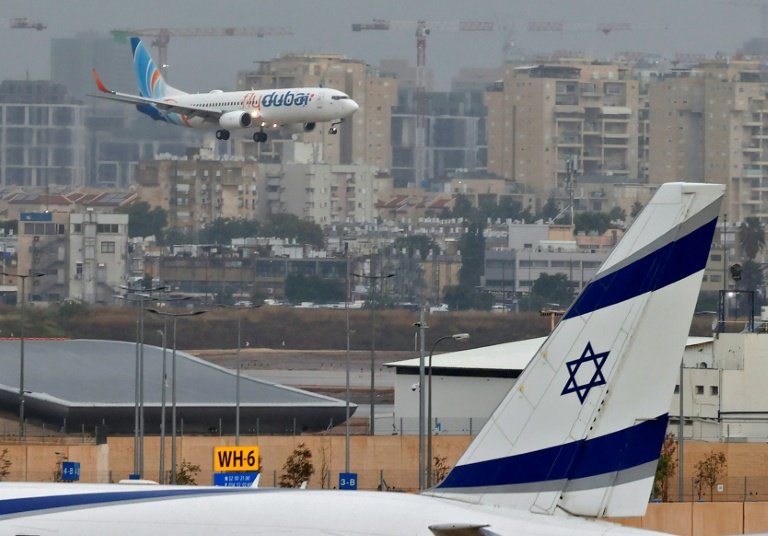 A flydubai aircraft landed in Dubai from Tel Aviv on Thursday, the first scheduled commercial flight between the two cities following the normalisation of ties between the UAE and Israel.

"Welcome to Dubai," an immigration officer said as the passengers from Israel filed off the plane and into the glitzy Gulf city, some of them waving and giving the peace sign.

Israeli Prime Minister Benjamin Netanyahu, who was on hand in Tel Aviv earlier when the flight arrived after the four-hour journey from Dubai, called it "a moment of history".

The United Arab Emirates in September signed a landmark US-brokered deal to formalise relations with Israel, the first such agreement by an Arab state in the Gulf.

Commenting on the accord in a tweet on Thursday, UAE President Sheikh Khalifa bin Zayed Al-Nahyan said it would foster "prosperity and progress" in the Middle East.

With their economies hard hit by the coronavirus pandemic, the UAE and Israel are hoping for rapid dividends from the normalisation deal, including an influx of tourists as Dubai enters its winter high season. 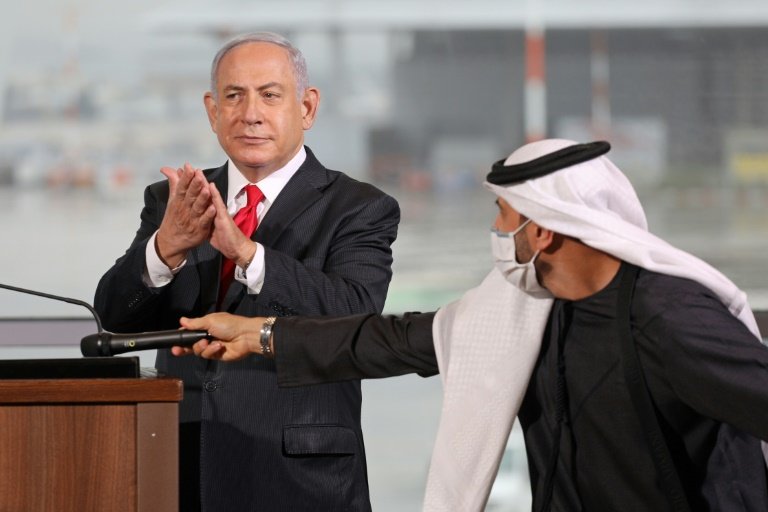 Israeli Prime Minister Benjamin Netanyahu claps during a welcoming ceremony for the passengers of a flight operated by budget airline flydubai in Israel's Ben Gurion airport, near Tel Aviv / © POOL/AFP

"The start of scheduled flights will contribute to economic development and create further opportunities for investment," flydubai chief executive Ghaith al-Ghaith said when the service was announced earlier this month.

The Dubai carrier will fly the route twice daily, and Israeli airlines El Al and Israir are both expected to launch their commercial services between the cities next month.

Etihad Airways, based in the UAE capital Abu Dhabi, has said it will begin flying to Tel Aviv in March 2021.

The UAE became only the third Arab country to normalise ties with Israel, following Egypt in 1979 and Jordan in 1994.

The two countries have already signed treaties on visa-free travel -- although that is yet to come into force -- along with accords on investment protection, science and technology.

Since the historic agreement, Bahrain has also forged ties with Israel, while Sudan has agreed to do so in principle.

The agreements shattered a longstanding Arab consensus that there should be no normalisation with Israel until it reaches a comprehensive peace deal with the Palestinians.

Several Gulf Arab states have for years been quietly building relations with Israel on the basis of shared animosity towards Iran, with the US supporting the process. 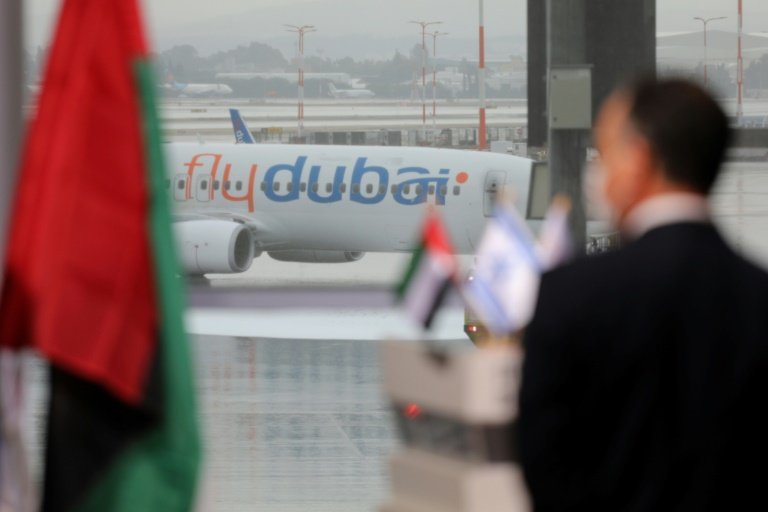 Regional heavyweight Saudi Arabia has so far refrained from formalising ties with Israel but has given the green light to overflights from the Jewish state, in an implicit sign of approval.

Netanyahu reportedly met Saudi Crown Prince Mohammed bin Salam in the futuristic Red Sea city of Neom on Sunday, fuelling speculation that the kingdom was moving towards normalisation with the Jewish state.

Riyadh has denied any such meeting took place.

Asked whether he expected Saudi flights to one day be landing in Tel Aviv, Netanyahu said: "The circle of normalisation will get wider, there will be more countries in the coming months."

After the UAE deal was announced by President Donald Trump in August, El Al flew a delegation of US and Israeli officials -- led by Trump's son-in-law Jared Kushner -- to Abu Dhabi in an historic direct service between the two countries.

That was followed by an official visit by a UAE delegation to Tel Aviv as well as a string of charter flights carrying business groups.