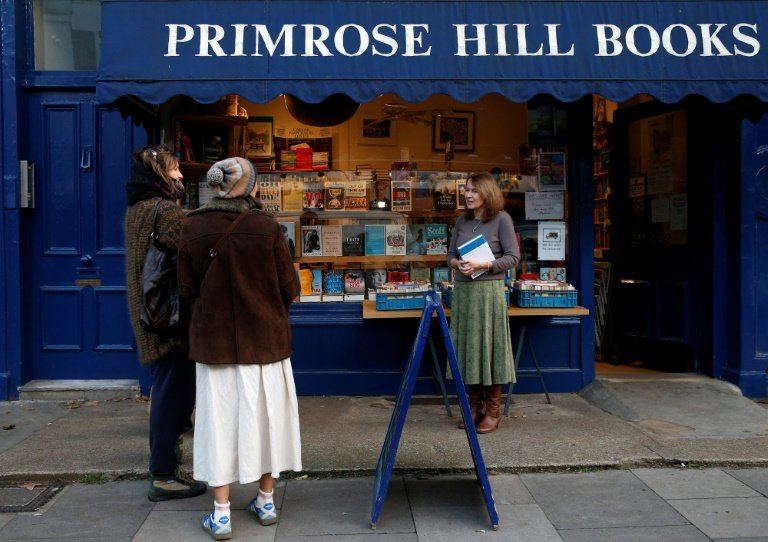 The arrival of Bookshop.org could provide a lifeline to small bookshops that must compete with Amazon / © AFP/File

Faced with closures because of coronavirus measures and fierce competition from retail giant Amazon, 250 independent UK bookshops have banded together on a new online platform.

"It's important to support independent booksellers," Anna Henrikson, 54 and a regular customer at Primrose Hill Books said as she collected her most recent purchase.

The north London bookshop is one of those to join the Bookshop.org platform, which started in Britain on November 2 after being launched in the United States.

Its arrival could provide a lifeline to small bookshops, particularly as England has effectively gone into lockdown again for a month to cut virus infection rates.

Unlike other European nations such as Belgium, authorities in Britain, where more than 48,000 people have died in the outbreak, have deemed books non-essential items.

For Jessica Graham, the owner of Primrose Hill Books, the irony is not lost that she is being forced to shut her doors just as demand for books is rising with more people at home. 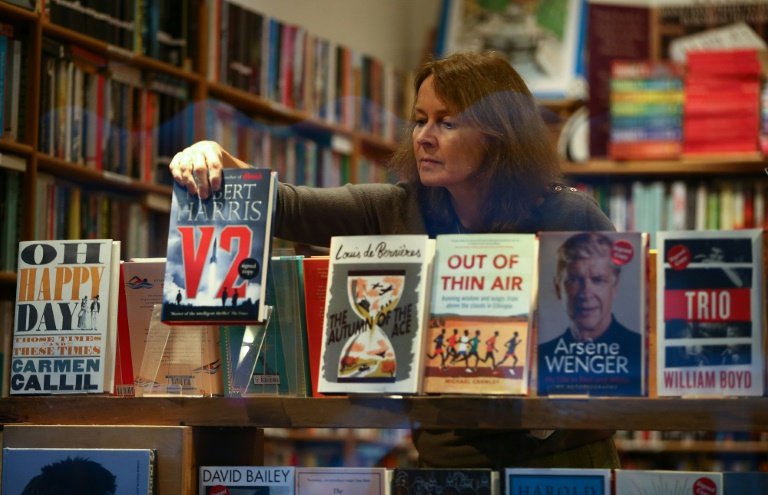 According to a report published in May by market research company Nielsen, two out of five adults said they read more during the first UK-wide lockdown, introduced in late March.

The average reading time in the country rose from 3.5 hours to six hours a week.

The shuttering of bookshops ahead of the busy Christmas period is particularly hard for independent booksellers.

"We had a store full of books for Christmas, and suddenly we have no customers," Graham explained.

During the first lockdown, which lasted until June, her sales plummeted by 50 percent overnight.

But she now hopes that by joining Bookshop.org she will be able to better weather the current restrictions.

The director of Bookshop.org, Nicole Vanderbilt, is aware that the platform's British launch comes at a difficult time for the industry. 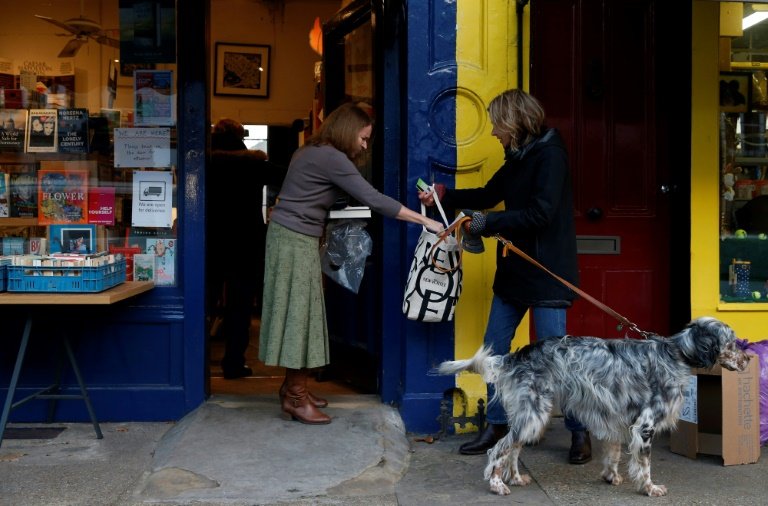 The director of Bookshop.org says it is 'almost entirely driven by people's understanding that where they expend their money matters' / © AFP/File

"We had actually always planned on launching early November, we weren't aware of the second lockdown in England at the time, but unfortunately it hasn't been good timing for us," she said.

There are more than 850 independent bookshops in Britain but many do not have the capability to sell online.

Bookshop.org hopes to plug that gap and expects its number of partners to grow quickly.

Designed to emulate the experience of a bookshop online, the platform allows each bookseller to create their own digital storefront and make book selections for customers rather than leaving those decisions to an algorithm.

For each book purchased on its own carefully curated page, the bookstore receives 30 percent of the sale price.

If, on the other hand, the sale is made from Bookshop.org's site-wide search bar, 10 percent of the sale price will be placed in a common fund and redistributed among the members.

Vanderbilt admits this is less than the 40 or 45 percent commission that booksellers usually get on a book sold in a store.

But she said the difference covers the costs of the system, and offers a seven percent discount to readers.

"We do believe that consumers have come to expect a small discount online," she explained.

"We are not in this business to compete directly with Amazon on price, we will never win that battle.

"It's almost entirely driven by people's understanding that where they expend their money matters and especially during this time where we are locked down (when) the danger is that we all give our money to Jeff Bezos," she added referring to the boss of Amazon. 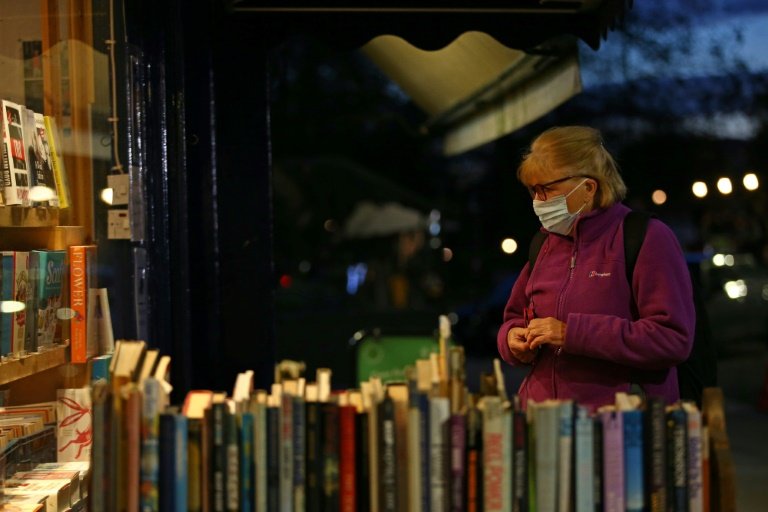 A report found that adults said they read more than usual during the first UK-wide lockdown, with the average time spent with a book rising to six hours a week from 3.5 hours / © AFP/File

The coronavirus pandemic and stay-at-home restrictions have been a boon for online retailers, while traditional counterparts have had to lay off staff.

According to the Kantar consulting group, international e-commerce grew by 41 percent in only three months.

Last month, Amazon's third-quarter profits tripled from a year earlier to $6.3 billion, led in part by strong retail sales and cloud computing during the pandemic.

Revenues jumped 37 percent to $96 billion. Net sales for the key year-end shopping season are expected to show similar growth to between $112 billion and $121 billion

The prospect of taking on the multinational leviathan, which is the preeminent seller of books worldwide, appeals to shoppers like Henrikson, with local sellers' survival at stake.

"I try to avoid Amazon," she said.