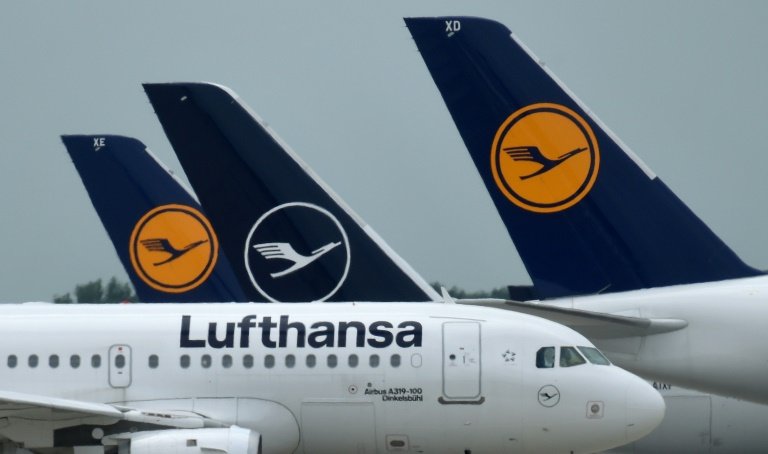 Germany's Lufthansa has warned that 30,000 jobs are under threat as it scaled down its winter schedule to levels not seen since the 1970s as demand for travel collapses because of the coronavirus pandemic.

The executive board of Europe's largest airline said in a letter to employees that it was now "harder than ever" to predict how the aviation industry will develop, given there is little clarity over how long travel warnings would be applied or how quickly any recovery could come.

The use of video conferences may have also changed attitudes to travel against the backdrop of environmental prerogatives, while pressures on income could also weigh on tourism, the board wrote in the letter seen by AFP.

"No one can reliably predict these effects. We are determined nevertheless to preserve at least 100,000 of the Lufthansa Group's 130,000 current jobs. Even if we do not currently have nearly enough jobs for a workforce of this size," it added.

Lufthansa in September said more jobs would go beyond the 22,000 previously announced but did not give a clear figure then.

The German state in June stepped in to take a 25 percent stake in the airline, pumping nine billion euros of liquidity to prop up one of the nation's most internationally visible companies.

The carrier -- including its subsidiaries Swiss, Austrian, Brussels Airlines and Eurowings -- said it would ground 125 more planes than planned in the winter, offering a maximum of a quarter of 2019's capacity as it anticipates "less than a fifth" of the previous year's passengers.

The season would be an "immense challenge", it said.

"After a summer that gave us all reason for hope, we are now once again in a situation that is tantamount to a lockdown in effect."

As the travel industry adapts to a post-pandemic world, the airline's board said "we will be a smaller but also a more efficient Lufthansa. The road there will be long and arduous".

It will reduce administrative functions to around 30 percent, and shutter most of its main office in Frankfurt. Eurowings will entirely give up its office space in Dusseldorf.

The company will also keep employees on shorter work hours for a longer time -- up to the end of February from mid-December previously.

Lufthansa reported an operating loss of 1.3 billion euros in preliminary third-quarter figures but the three months to the end of 2020 are looking far gloomier.