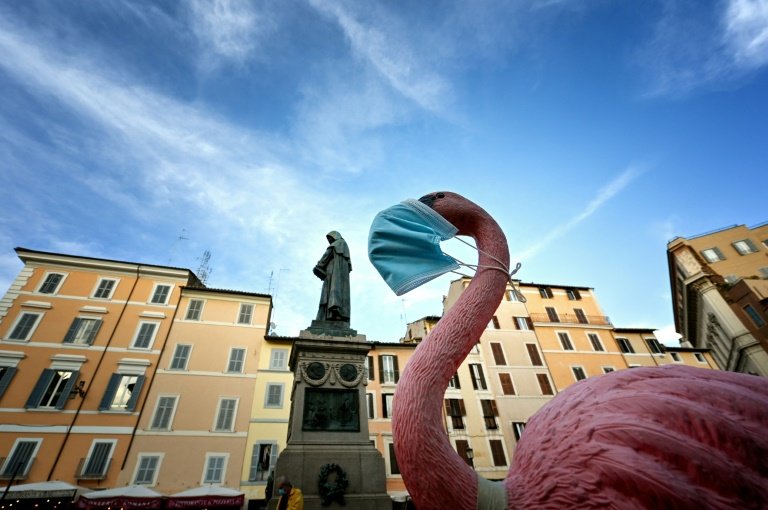 The number of confirmed coronavirus cases worldwide passed 40 million on Monday, as fresh measures to combat the spread of the virus came into effect in several European countries.

A number of European countries took urgent new measures on Monday to combat a second wave of coronavirus infections, as the World Health Organization blamed the surge in worldwide cases -- now more than 40 million -- on countries' failure to quarantine infected people properly.

Ireland and Wales became the first countries on the continent to re-enter lockdown as the number of people who have died from Covid-19 in Europe passed 250,000, according to an AFP tally.

Irish prime minister Micheal Martin issued a nationwide "stay at home" order from midnight Wednesday, with all non-essential retail businesses to close and bars and restaurants limited to takeaway service only, although schools will remain open. 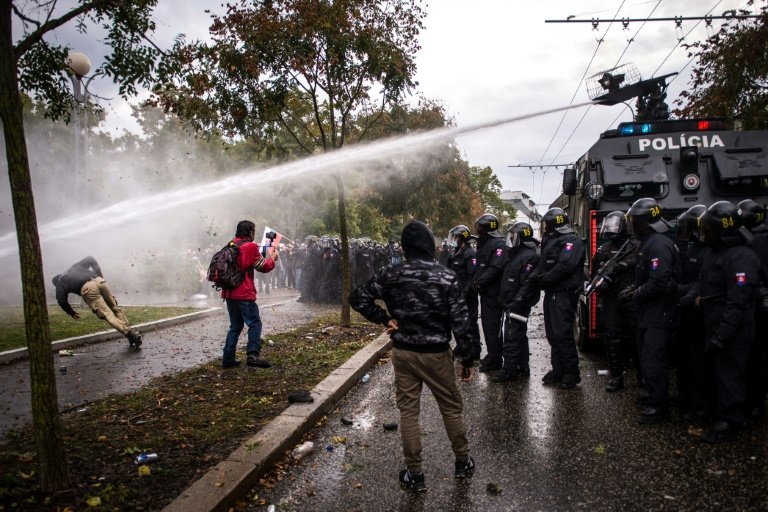 Wales also announced "firebreak" confinement measures for two weeks, ordering the territory's three million residents to stay at home except for very limited purposes such as exercise or work, and banning people from mixing indoors or outdoors.

WHO emergencies director Michael Ryan blamed soaring transmission rates in the northern hemisphere on a failure to enforce quarantines rigorously.

Speaking to a virtual press conference from the WHO's headquarters in Geneva, Ryan said the fact that self-isolation measures were not being enforced systematically was "a good part of the reason why we're seeing such high numbers".

Many governments are seeking to avoid the costly full-scale lockdowns imposed in the first wave as they battle to keep their economies going. 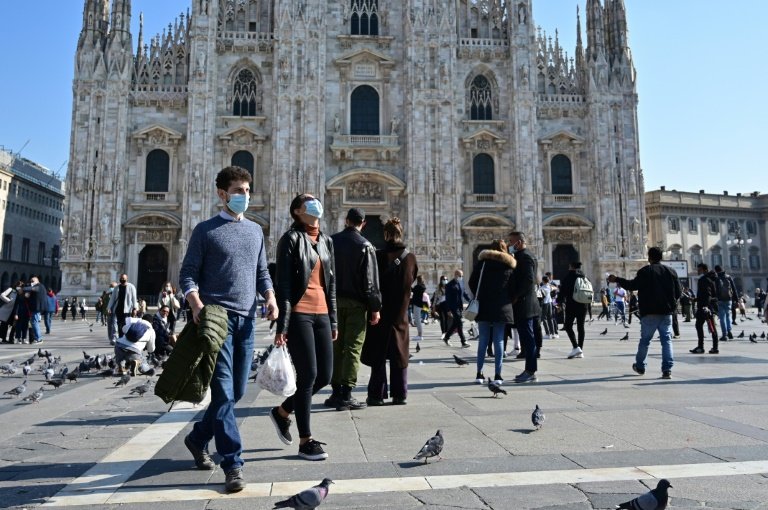 But in some countries, people are chafing against new restrictions on daily life, and anti-mask protests, court challenges and battles between central and local governments are on the rise.

Belgium -- where hospitalisations rose 100 percent in just the last week -- closed bars and restaurants on Monday for a month and reinforced a curfew overnight.

Italy, the initial epicentre of Europe's outbreak, also announced fresh curbs including earlier closures for bars and restaurants and a push to increase working from home.

In Poland, where around half the country is now designated as a coronavirus "red zone", the government said the national stadium would double as a field hospital to help ease the strain on overwhelmed health facilities.

Switzerland meanwhile made mask-wearing compulsory in indoor public spaces and limited public gatherings after infections doubled over the last week.

"The second wave is here, earlier and stronger than we expected, but we are prepared," Swiss Health Minister Alain Berset said. 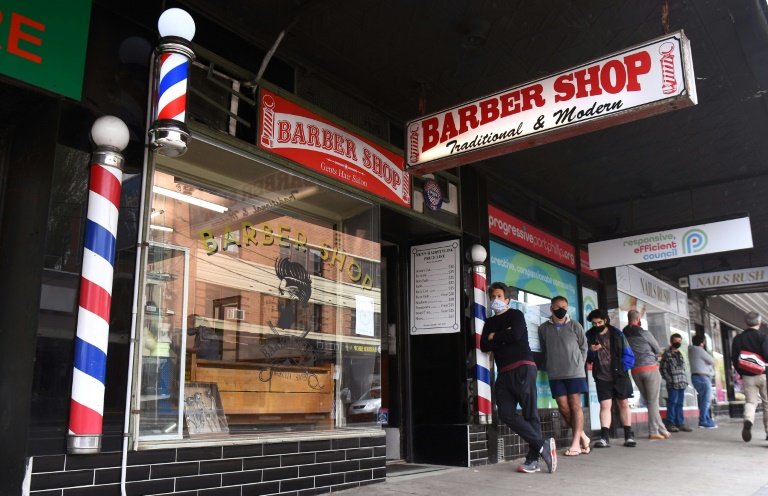 Men queue for a haircut outside a barber shop in Melbourne on October 19, 2020, as restrictions ease on falling infection rates. / © AFP

France imposed its own overnight curfew from the weekend in nine cities including Paris, affecting 20 million people, with a record 32,400 new infections reported on Saturday.

Slovenia followed suit, with its roughly two million inhabitants forced to stay home between 9:00 pm and 6:00 am from Tuesday and banned from non-essential travel.

While European nations imposed new restrictions, Australia's second-biggest city of Melbourne eased its lockdown on Monday, as residents flocked to reopened hair salons and golf courses that had been closed for more than 100 days.

Just four cases were recorded Monday in Victoria state, of which Melbourne is the capital.

Iran, the Middle East country hardest hit by the pandemic, announced a daily record of 337 deaths from coronavirus.

By contrast, Israel lifted restrictions that banned people from travelling more than a kilometre from home and had closed kindergartens, beaches and national parks. 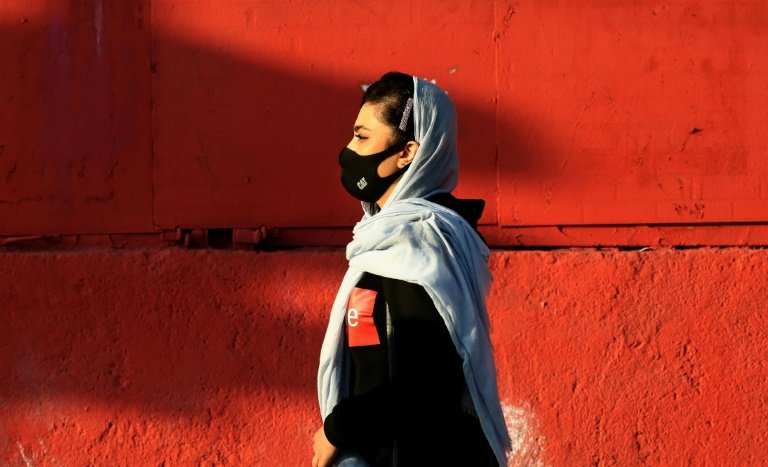 Saudi Arabia also eased more of its own virus restrictions when it allowed worshippers to re-enter the Grand Mosque in Mecca, Islam's holiest site, for prayers on Sunday for the first time since March.

Numerous political figures have contracted the virus in recent days, including veteran chief Palestinian negotiator Saeb Erekat, who is in a "critical" condition and in a medically induced coma, the Jerusalem hospital treating him said. 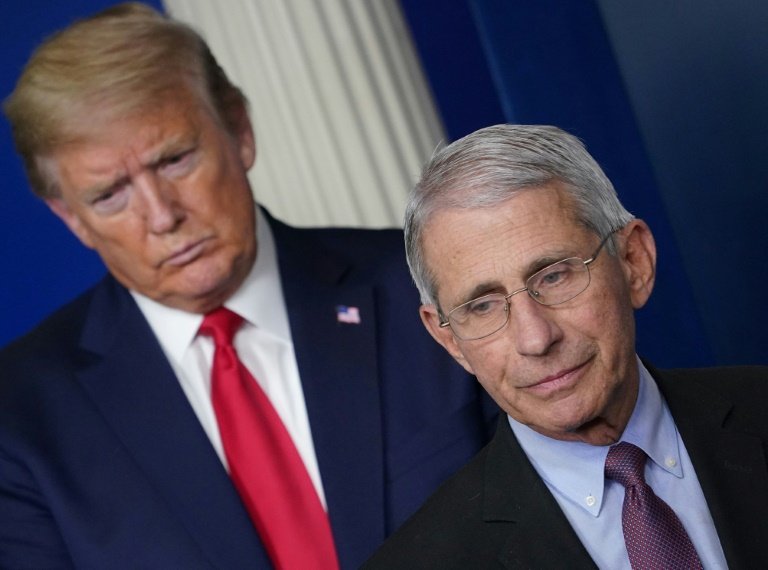 A vaccine remains the greatest hope to end the cycle of imposing and lifting lockdowns across the world, and the United Nations said Monday it would stockpile a billion syringes worldwide by the end of 2021 for that purpose.

"Vaccinating the world against Covid-19 will be one of the largest mass undertakings in human history," UNICEF executive director Henrietta Fore said.

In the US, President Donald Trump went after top government scientist Anthony Fauci, suggesting the hugely respected and popular doctor was an "idiot."

Fauci, a key member of the White House coronavirus task force, has increasingly become a focus for the president's frustration as he bids to shape the messaging on the much-criticised federal response to the pandemic.

The pandemic has killed almost 220,000 people in the United States.