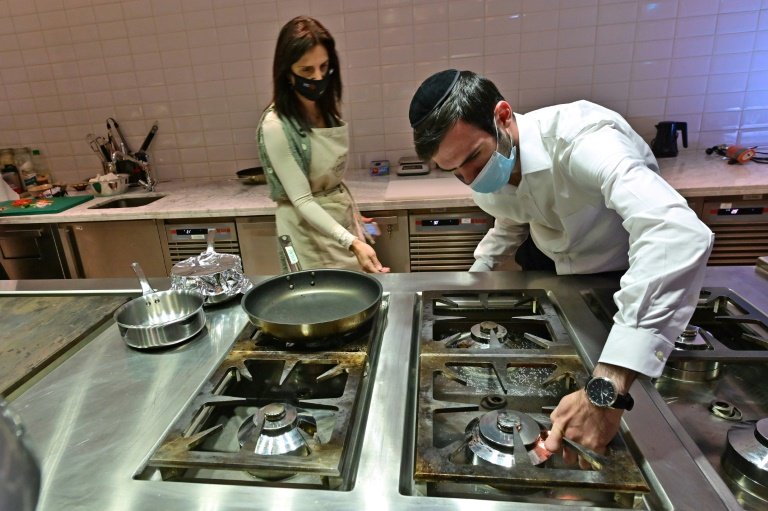 Rabbi Yaakov Eisenstein (R) supervises the preparation of food at Elli's Kosher Kitchen, set up two years ago to enable Jewish travellers to remain observant while visiting the UAE / © AFP

At the plush Armani hotel in the shadow of the Burj Khalifa, the world's tallest tower, a rabbi switches on the stoves at what is billed as Dubai's first kosher restaurant.

With the ink still fresh on the United Arab Emirates' landmark normalisation accord with Israel, restaurants and caterers are rushing to prepare for what they hope will be a flood of Jewish visitors arriving on new direct flights.

The city-state welcomed more than 16 million visitors in 2019 and expected to reach a record 20 million this year, although that was before the coronavirus hit.

It reopened its doors to tourists again in July after a painful four-month shutdown, but business is slow.

Under the normalisation deal, the Emirates and Israel will establish air links -- likely to begin in January -- and a visa regime that will allow residents to travel for business and pleasure.

But before then, businesses hoping to cash in on the new market must overcome challenges including building kosher kitchens, training staff and sourcing appropriate foodstuffs.

"We have been training our staff for months," said Fabien Fayolle, the chef at the upscale 40-seat Armani/Kaf, one of a cluster of restaurants in the luxury hotel.

"The idea for us to open this restaurant is to be able to provide a five-star experience to Jewish people or anyone who wants to try kosher food. It didn't make any sense to make 'home cooked' food. We wanted to give more of an experience," he told AFP.

Until local suppliers begin servicing the new market in the UAE though, "our main challenge will be obtaining the ingredients," he said of the lavishly priced international menu which includes items adapted to make them compatible with kosher rules.

As well as requiring a Jewish person to switch on the cooking stoves and supervise a restaurant kitchen, the rules governing kosher food prohibit consumption of meat from certain animals and sea creatures, as well as the mixing of meat and dairy products.

Much like halal rules for Muslims, animals must be slaughtered in a prescribed way. 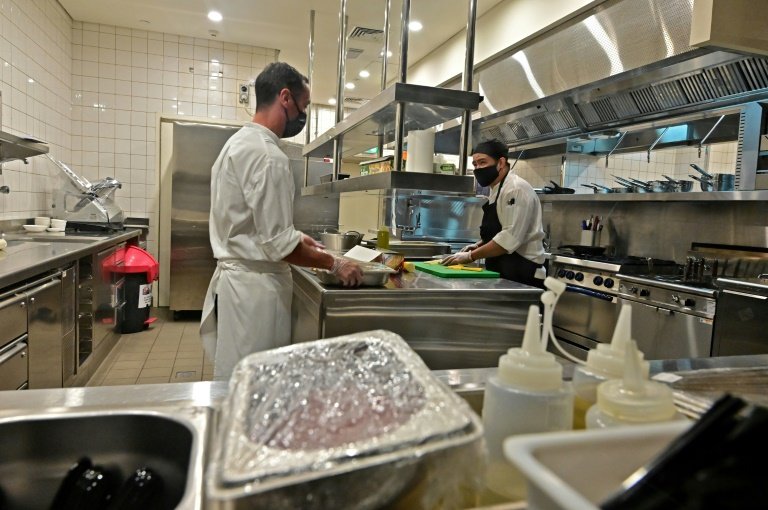 Fabien Fayolle (L), the chef at the Armani/Kaf, which is being positioned as Dubai's first kosher restaurant / © AFP

Rabbi Levi Duchman, who certified the Armani/Kaf, said he has received requests from "dozens of restaurants in the Emirates that want to offer kosher dishes".

At the Dubai restaurant, the stoves can be turned on by a rabbi remotely using a mobile application, and the cooking monitored by cameras.

Duchman said the halal tradition, which governs the Muslim diet and shares rules with the kosher approach, including a ban on eating pork, made it "easier to explain the rules of kosher in the Emirates".

Elli Kriel is the pioneer of kosher cuisine in the Emirates, after moving to Dubai eight years ago from South Africa and realising she needed to find kosher products for her home kitchen. 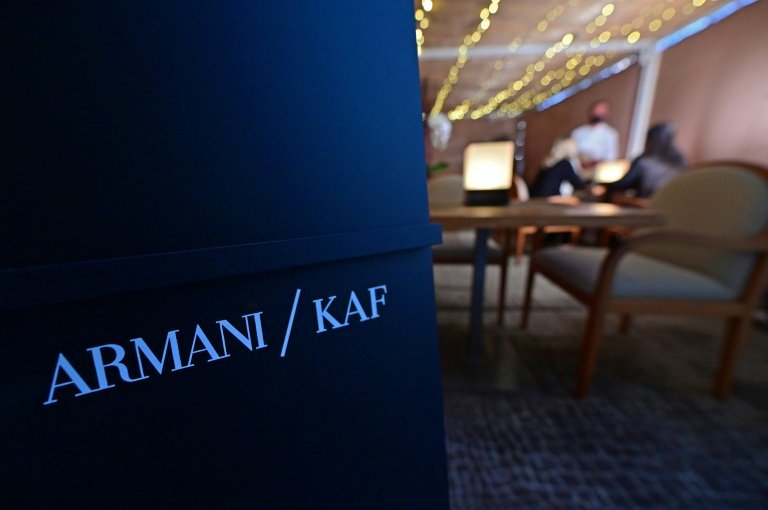 She has been running Elli's Kosher Kitchen for the past two years, born out of the need for Jewish travellers to remain observant while in the UAE.

Her business got underway in November 2018 when she was asked to provide meals for rabbis attending an interfaith meeting in the capital Abu Dhabi.

"From there, word spread and I started getting more and more requests," she said.

"The challenge of running a kosher kitchen in the UAE is that.. there is high demand" following the normalisation agreement. "But the industry is not really set up for that -- it is really hard to get a lot of products, especially the meats and the cheeses," she said.

However, import channels are now being established, Kriel added.

"And in terms of actually opening a kitchen, you can open one but then you need to have a rabbi with you and there aren't many here, so we had to bring one in for this specific task," she said of the rabbi who supervises her kitchen full-time.

While the speed of the rapprochement between the two countries caught everyone by surprise, entrepreneurs have been quick to start filling the space. 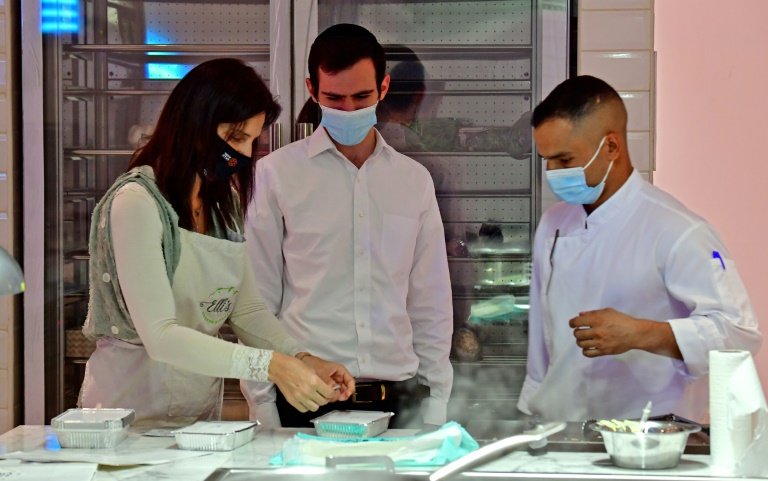 Demand for kosher food has surged since the signing of the normalisation agreement, putting pressure on limited existing supplies / © AFP

Just two days after the signing of the accord in Washington, Dubai-based Emirates Airlines unveiled plans to produce kosher meals in collaboration with a company owned by Ross Kriel -- Elli's husband who is one of the leaders of the Jewish community in the UAE.

From the new year it will produce them at a dedicated facility in the UAE, expected to be operating in time for the inauguration of direct flights.