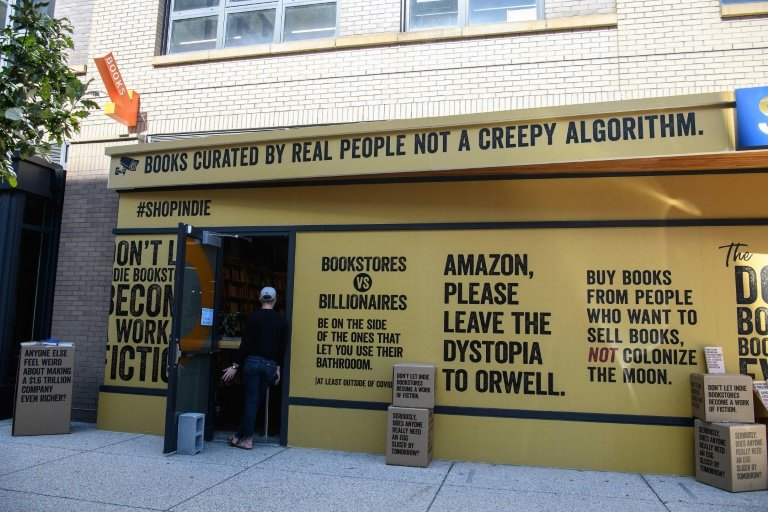 The American Booksellers Association has launched an advertising campaign against Amazon to alert the public to what it calls the growing danger that book stores are under from the online goliath during the coronavirus pandemic.

The campaign, the first of its kind, was sparked by Amazon's "Prime Day" on Tuesday and Wednesday, during which Amazon offers bargains on products.

Since the pandemic began, 35 book stores belonging to the ABA have had to shut their doors for good, the association told AFP, adding that some 20 percent of independent bookstores are under threat of closure.

"When these independent bookstores close Covid will be listed as the cause of death, but the pre-existing condition for many may be listed as Amazon," the association said in a statement.

Dubbed "Boxed Out," the campaign plays on the delivery boxes that have become the hallmark of Amazon home deliveries.

For Allison K. Hill, the director general of the ABA, the rise of the online commercial giant represents "the loss of local jobs and local tax dollars; the loss of community centers; and the loss of opportunities for readers to discover books and connect with other readers in a meaningful face-to-face way."

The ABA campaign was launched on social media but also in bookshops themselves, of which 1,750 are ABA members.

Some, like Solid State Books, in Washington, have covered their front windows with a giant brown cardboard, reminiscent of the Amazon delivery boxes.

"Buy books from people who want to sell books, not colonize the Moon," said the logo on the cardboard, referring to Amazon CEO Jeff Bezos' space travel side-project, Blue Origins.

Another caustic message read, "If you want Amazon to be the world’s only retailer, keep shopping there." 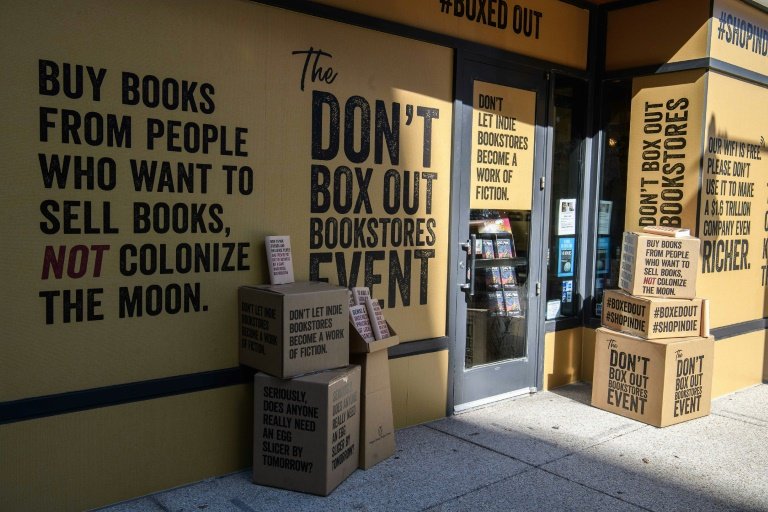 Turnover from sales from bricks-and-mortar bookstores was down 31 percent in the first seven months of 2020, according to the census office.

At the same time, in the third quarter of 2020 online sales were 16.1 percent of all retail sales, a record and up by a third from the first quarter, the same source said.