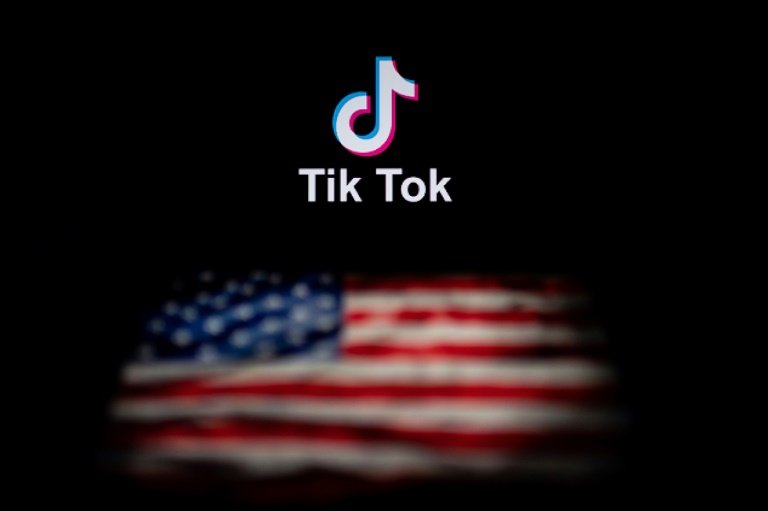 "I never thought I would have a voice, but this app has given me one and people have been listening," said Rebecca Fisher-Tringale, explaining her love for social network TikTok, adding, "I never thought it would be possible."

The aspiring political scientist said she has no doubt TikTok will survive -- despite the Sword of Damocles that President Donald Trump has been dangling above the social network.

Under her screen name @theprogressivepolicy, Fisher-Tringale comments on current events several times a day in short videos lambasting Trump for his handling of the coronavirus pandemic or his immigration policies.

In early August, the president signed an executive order to force China's ByteDance group to sell or spin off the platform to an American company in the name of an alleged threat to "national security" by TikTok.

Trump has claimed, without giving evidence, that Beijing can use the hugely popular app to spy on Americans. 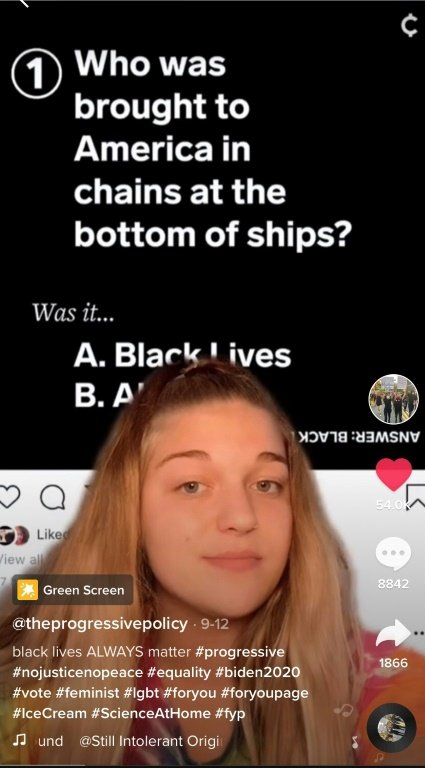 But Fisher-Tringale shrugs this off; she is not overly worried about TikTok's survival, despite its importance in her life.

"I joined the app kind of as a joke in 2019 to watch videos and be entertained," she said. "Then I started to make videos about my dog, then I made one about Trump, and it blew up," she told AFP from her house-share in Boone, North Carolina.

With more than 80,000 followers, the 21-year-old college student said she hopes to bring "different perspectives" to young people of all backgrounds, many of them not yet of voting age.

"So many people have texted me saying we wouldn't be involved in politics if it wasn't for you," she added.

In one of her most viral episodes, Fisher-Tringale posted an ironic quiz for those who push back against anti-racist "Black Lives Matter" protesters by insisting that "All Lives Matter."

"Who was brought to America in chains at the bottom of ships?" she asked, before offering these options: "A. Black Lives; B. All Lives."

In June, she joined thousands of other TikTok users in registering online to attend a Trump rally in Tulsa, Oklahoma -- while planning all along not to go.

The rows of empty seats seen in the televised event represented a humiliating setback for the Republican candidate's campaign, but a source of pride for young TikTok'ers.

"I think it made him angry," Fisher-Tringale said of Trump; she believes that partly explains his antipathy to the platform.

TikTok, which went global in 2018, is completely separate from its Chinese version, Douyin, which serves only the Chinese market. It now has some 100 million monthly users in the United States, half of them using the app every day, according to company data.

It has built its rapid success on its format -- parodies, messages and dance or comedy performances of 15 to 60 seconds, set against popular music -- along with an algorithm that determines which content is most likely to interest each user.

"There's that virality component that TikTok has been able to take over, better than Facebook and Instagram," said Saadia Mirza, who owns a marketing agency in Houston, Texas.

"What Trump doesn't like is this virality component, and that he can't control the narrative on TikTok -- it's something he doesn't understand, so he's afraid of it."

- A question of priorities -

Mirza turned to TikTok early in the coronavirus pandemic -- out of boredom, she says. She quickly recognized its potential and began posting political videos, urging fellow users to vote or explaining public policies while playing popular songs. 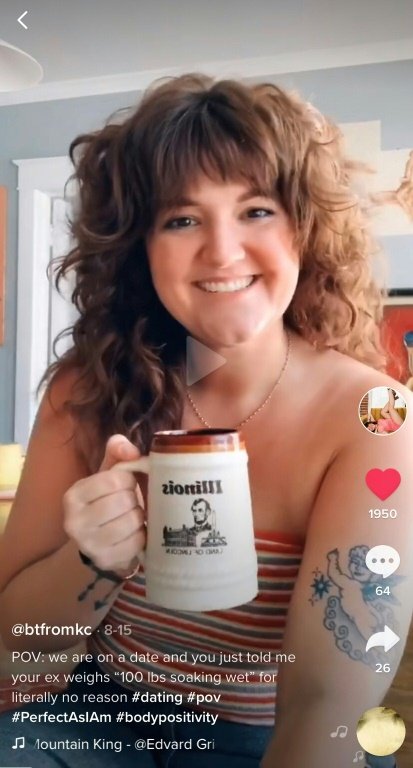 Brittany Tilander is a nanny by day and a humorist and stand-up comic by night, using TikTok to make up for her inability, during the pandemic, to perform in person / © AFP/File

"The wonderful thing is seeing young people or even my age group sharing ideas," said the thirty-something Mirza. "I'm learning from other people."

After a series of diplomatic twists, and despite negotiations involving several companies, the network -- which now has some 700 million monthly users worldwide -- could disappear from the US if Washington and Beijing, along with concerned companies, fail to reach agreement.

The 29-year-old from Kansas City has taken her humor to TikTok since the pandemic prevented her from appearing on stage.

She, Fisher-Tringale and Mirza say they think the president's position on TikTok will not stand; that other US institutions will protect the platform where they feel most free to express their opinions.

Trump, said Tilander, is attacking the app as "a really nice distraction" from what she says is his poor job handling other issues.

"With the pandemic going on, the wildfires, unemployment as high as it is, the civil rights movement -- in an election year (TikTok) should be really low on his priorities," she said.