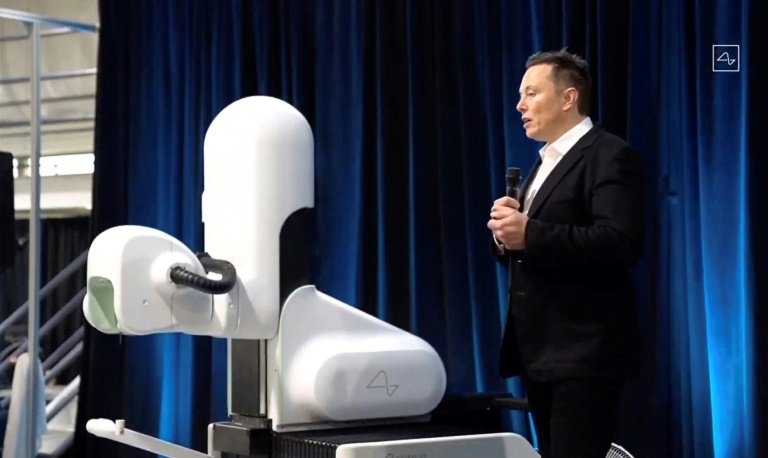 This video grab made from the online Neuralink livestream shows Elon Musk standing next to the surgical robot during his Neuralink presentation on August 28, 2020 / © Neuralink/AFP

Futurist entrepreneur Elon Musk late Friday demonstrated progress made by his Neuralink startup in meshing brains with computers, saying the work is essential to the future of humanity.

Musk has long contended that a neural lace merging minds with machines is vital if people are going to avoid being so outpaced by artificial intelligence that, under the best of circumstances, humans would be akin to "house cats."

"It's gonna be important from an existential threat standpoint," Musk said of the project.

"That is what I think might be the most important thing that a device like this achieves."

Members of the team shared a "wish list" that ranged from the technology returning mobility to the paralyzed and sight to the blind, to enabling telepathy and the uploading of memories for later reference -- or perhaps to be downloaded into replacement bodies.

"Yes, I think in the future you will be able to save and replay memories," Musk said. 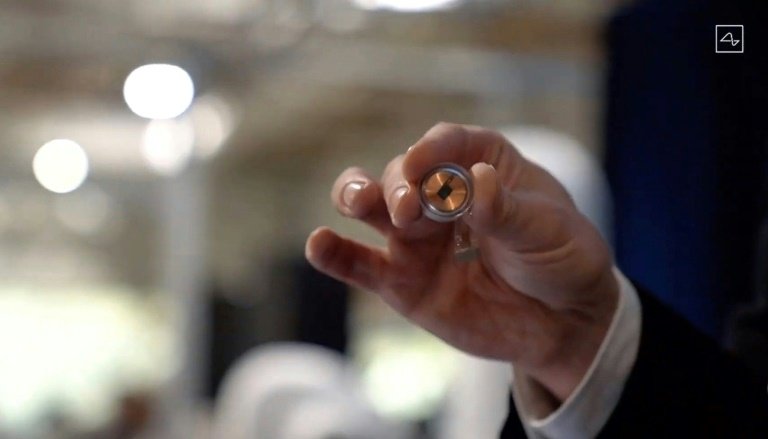 This video grab made from the online Neuralink livestream shows Elon Musk holding the Neuralink disk implant during the presentation on August 28, 2020 / © Neuralink/AFP

"This is obviously sounding increasingly like a 'Black Mirror' episode, but I guess they are pretty good at predicting," he quipped, referring to a Netflix series that puts disturbing twists on near-future technology.

For now, Neuralink is being tested in pigs with the team working on the potential for clinical trials.

A trio of pigs in pens took part in the demonstration: one of them named Gertrude was said to have been implanted with a Neuralink device wired to detect spikes in nerve activity in her snout.

Gertrude happily focused on food, mostly ignoring Musk and others gathered for the event.

Musk said that since the first version of Neuralink was revealed slightly more than a year ago, the device has been simplified and reduced to about the size of a large coin and the thickness of the skull. 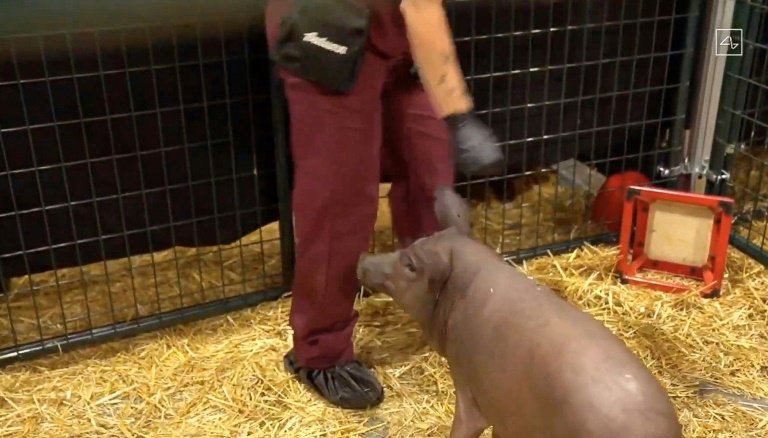 This video grab made from the online Neuralink livestream shows Gertrude, the pig implanted with a Neuralink device during a presentation on August 28, 2020 / © Neuralink/AFP

With the help of a surgical robot, a piece of the skull is replaced with a Neuralink disk, and its wispy wires are strategically inserted into the brain, the demonstration showed.

The disk registers nerve activity, relaying the information via common Bluetooth wireless signal to a device such as a smartphone, according to Musk.

"It actually fits quite nicely in your skull. It could be under your hair and you wouldn't know." 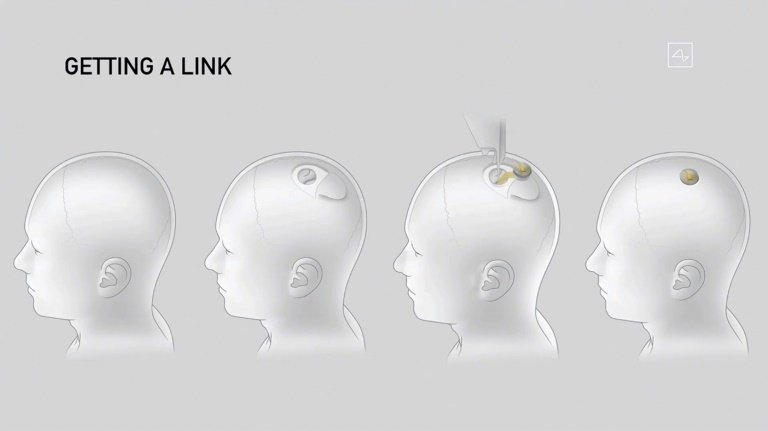 This video grab made from the online Neuralink livestream shows a drawing of the different steps of the implantation of a Neuralink device seen during a presentation on August 28, 2020 / © Neuralink/AFP

The purpose of the event was to attract engineering talent to the project, which has much work still to do on chips, software, robotics and more, according to Musk.

Experts and academics remain cautious about his vision of symbiotically merging minds with super-powered computing.

Brain-computer interfaces have been done many times, and it is difficult to tell how successful the Neuralink project will be, according to University of Warwick biomedical engineering professor Christopher James.

While technology has improved for reading information coming out of brains, it isn't up to snuff when it comes to sending it back to all the necessary parts simultaneously, according to researchers.

Moving arms or legs involves the brain sending them the proper signals, while hearing and seeing involve the brain receiving sensory information. 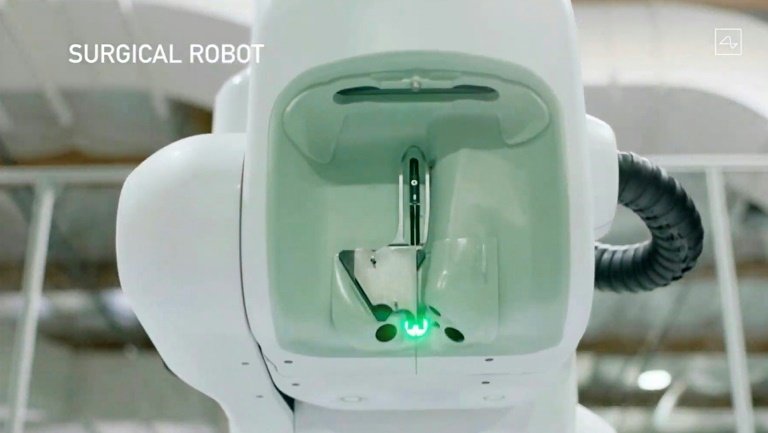 This video grab made from the online Neuralink livestream shows the surgical robot during Elon Musk's Neuralink presentation on August 28, 2020 / © Neuralink/AFP

"What would impress me?" James asked prior to the Neuralink demonstration.

"Real time control of complex actions/movements -- repeatedly and with little error (oh, and being able to move something whilst doing something else like talking or whistling or whatever!)"

The Neuralink got a "breakthrough device" designation from US regulators last month, and the team is making strides toward clinical trials, according to Musk.

Neuralink engineers are building in encryption and other defenses to protect people's data being stolen or implants hacked, according to the team.