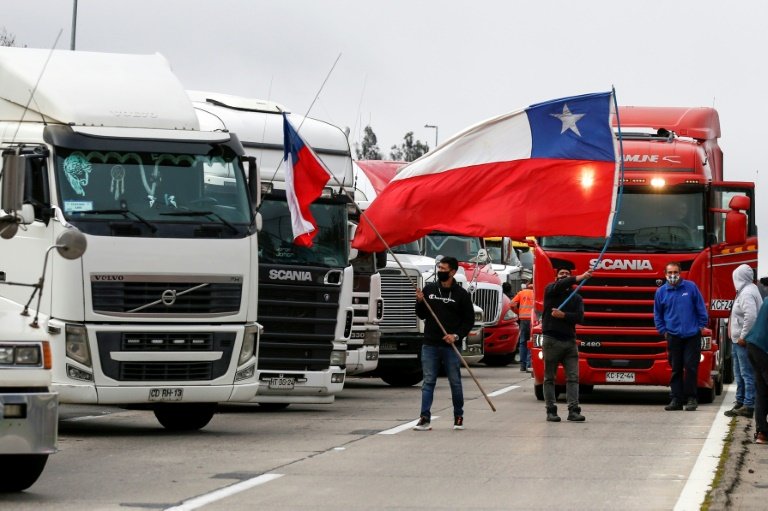 Truckers in Chile on Thursday partially blocked major roads linking the north and south of the country in protest at an increase in attacks by militant indigenous people.

Members of the Mapuche indigenous community have long-standing land disputes with the state, especially in the southern region of Araucania, around 600 kilometers south of the capital Santiago.

Some have taken their frustrations to extreme levels, attacking trucks and forestry machinery.

Several trucker unions called for the blockades, although sporadically some cars and trucks were allowed to pass.

"We're asking for security, not just for truckers but all Chileans," Jose Villagran, president of the Southern Truckers Federation, told national television.

He insisted that the blockade would not prevent deliveries of food and supplies.

The truckers want the government to pass a law that treats the breaking and entering into a truck cab on the same level as burglary, as well as greater security on the roads.

At the weekend, a nine-year-old girl was hurt after gunmen opened fire on a truck in Araucania.

She was traveling with her family, which was forced to flee the vehicle before the attackers torched it, police said.

Some people deny the Mapuche are behind the attacks and claim they are staged.

However, he added that "a truck strike will do nothing to solve these problems. The solution will come from dialogue without threats, extortion or ultimatums."