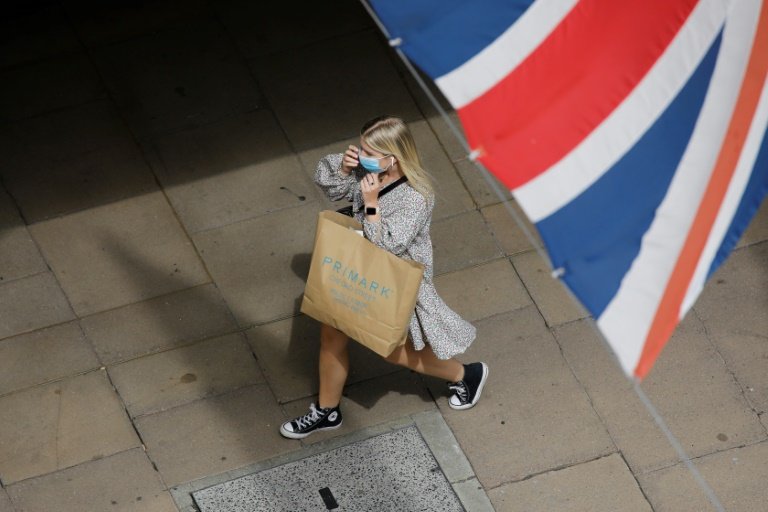 While shoppers have since returned to shops, lockdowns sent Britain's economic ouput crashing by just over a fifth in the April through June period / © AFP/File

Britain's economy shrank by one fifth in the second quarter, more than any European neighbour, as the country's coronavirus lockdown slammed businesses and plunged the country into its deepest recession on record, official data showed Wednesday.

"It is clear that the UK is in the largest recession on record," the Office for National Statistics said after gross domestic product contracted by 20.4 percent in the period from April to June.

A recession is defined as two consecutive quarterly contractions and the British economy already shrank by 2.2 percent in the first three months of this year.

It is Britain's first recession since 2009 and the performance is the worst of the so-called Group of Seven richest countries in the world over the same period.

By comparison, France's economy contracted by 13.9 percent in the second quarter, Canada by 12 percent, Germany 10.1 percent, the United States 9.5 percent and Japan 7.6 percent. 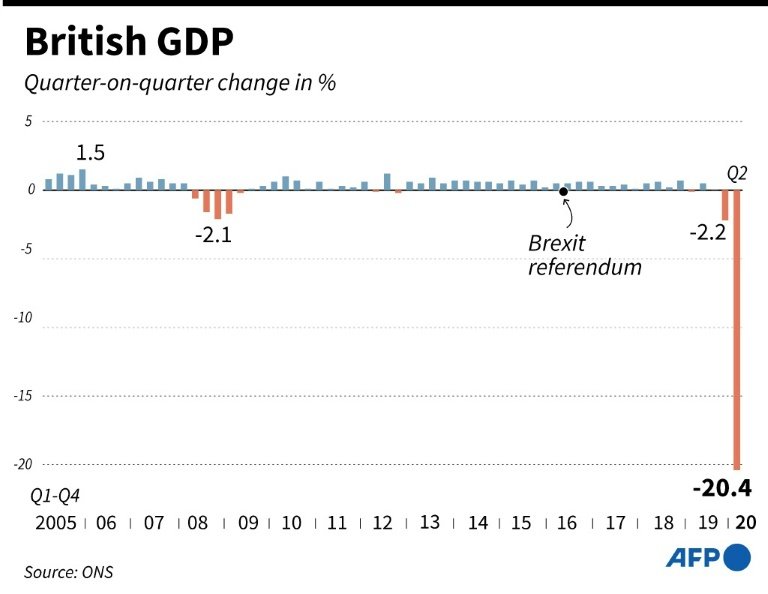 Looking at the first six months of 2020, Britain's performance "was slightly below the 22.7 percent seen in Spain, but was more than double the 10.6 percent fall in United States GDP over this period", the ONS said.

The statisticians attributed Britain's dire second quarter to a 20-percent drop in output in April -- "the biggest monthly fall on record reflecting widespread... declines in output across the services, production, and construction industries".

He added: "Hundreds of thousands of people have already lost their jobs, and sadly in the coming months many more will." 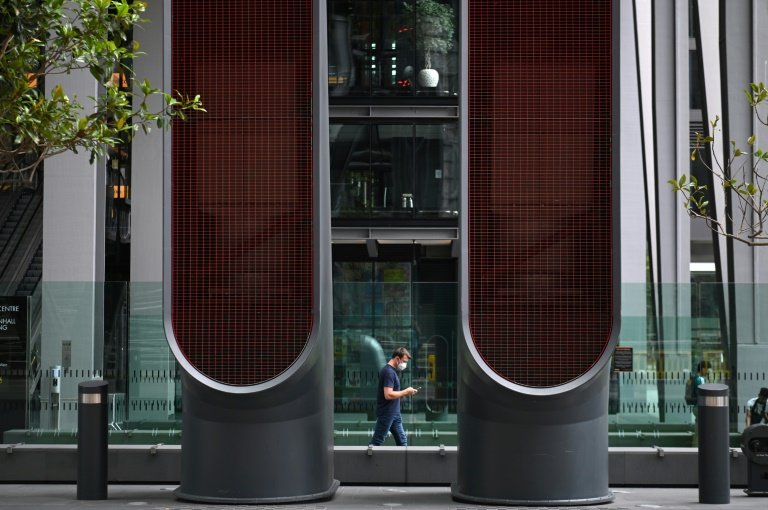 Sunak, whose official title is Chancellor of the Exchequer, plans to end in October the government's furlough scheme that is paying up to 80 percent of wages for nearly 10 million workers.

The UK -- which has the highest death toll in Europe from the coronavirus -- appears to be paying a heavier price for locking down later than its continental neighbours.

The British economy also relies more heavily on the hard-hit services sector than other European countries.

While officially in recession, the UK economy is beginning to rebound as the government eases strict confinement measures.

ONS calculated that GDP grew by 8.7 percent in June as the economy slowly emerged from the lockdown implemented in late March.

That helped the pound to limit losses on Wednesday, while London's stock market was up 1.3 percent in afternoon trading. 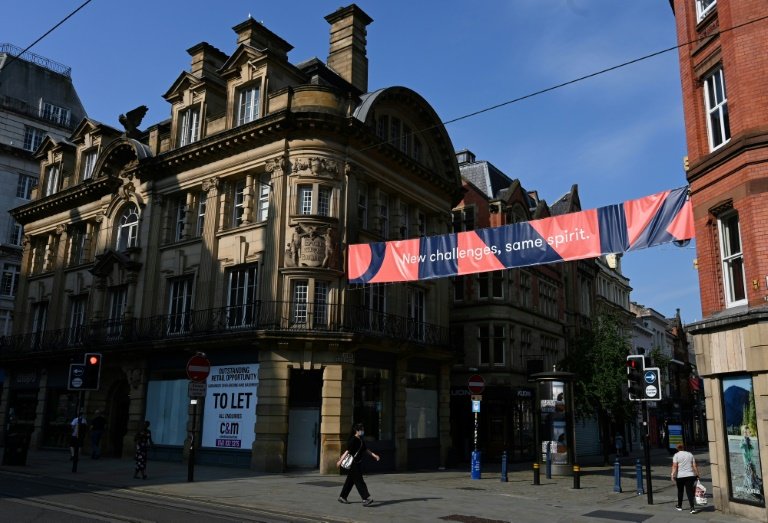 "The economy began to bounce back in June, with shops reopening, factories beginning to ramp up production and house-building continuing to recover," noted Jonathan Athow, deputy national statistician at the ONS.

"Despite this, GDP in June still remains a sixth below its level in February, before the virus struck."

To help the economy recover, the Bank of England is pumping out hundreds of billions of pounds in cash stimulus and has slashed its main interest rate to a record-low 0.1 percent.

"The substantial fiscal and monetary stimulus that has been enacted should provide ongoing support to the economy," EY economist Howard Archer said.

"Although the economy is expected to achieve appreciable growth in the third quarter... the rate of expansion will slow in the fourth quarter as unemployment rises following" the end of the furlough scheme. 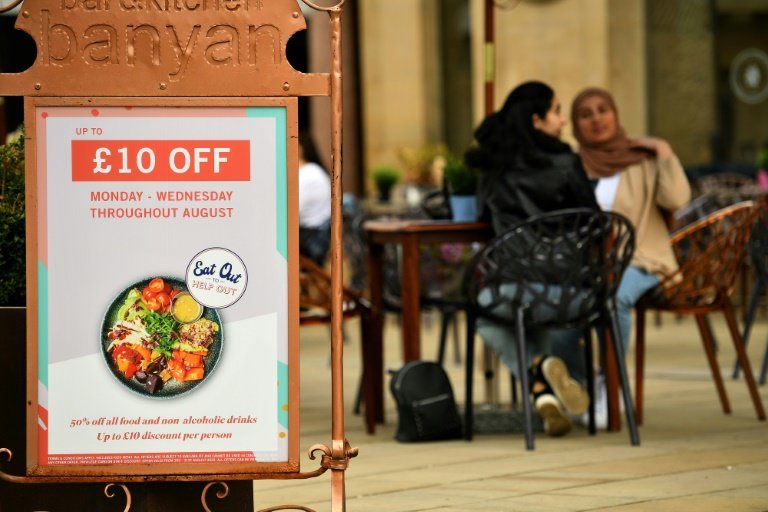 Around 730,000 workers have been removed from the British payrolls since March.

The BoE expects the unemployment rate to hit around 7.5 percent by the end of the year from 3.9 percent currently.

And it forecasts that the British economy will have contracted by 9.5 percent for the whole of 2020.

Nevertheless, the BoE estimates that growth will rebound by nine percent in 2021.