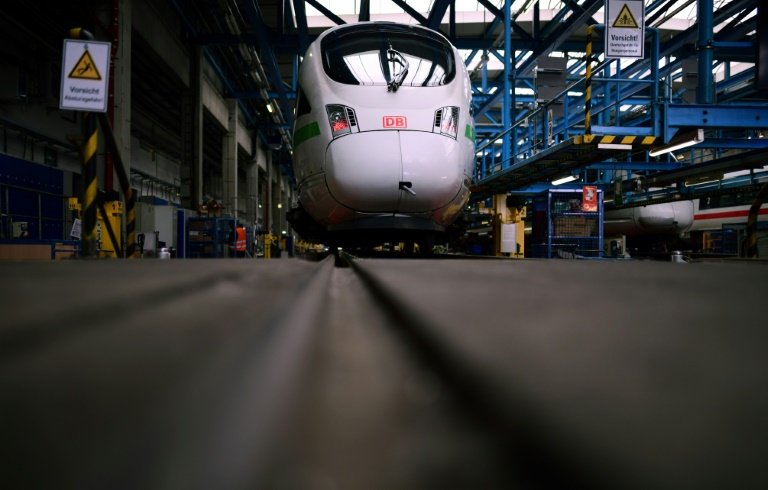 On track for the worst loss ever / © AFP

A massive plunge in traffic, in part down to travel restrictions imposed by Berlin to control the coronavirus' spread, has sapped DB's revenues.

State-owned German rail operator Deutsche Bahn warned Tuesday that the coronavirus has plunged it into its worst-ever financial crisis despite billions in government aid, sayings talks with worker representatives to find savings will begin this week.

Chief executive Richard Lutz wrote to employees in a letter seen by AFP that the state group is bleeding cash "in the three-digit-millions" each month, a situation set to persist until at least December.

"In the current business year, this will lead to the biggest operating loss in the history of DB," Lutz said, adding that "we expect impacts totalling billions stemming from the coronavirus in the following years too."

A massive plunge in traffic, in part down to travel restrictions imposed by Berlin to control the coronavirus' spread, has sapped DB's revenues.

Since then, ministers have agreed that passenger numbers should "double" by 2030 as part of a broader scheme to boost rail transport.

Politicians see building up DB as a way to slash the environmental impact of Germany's highly polluting transport sector.

In early June, Berlin stepped in with around five billion euros ($5.6 billion) to keep the struggling rail operator afloat.

But bosses now have to find savings to clean up their finances, including two billion euros of labour costs.

"All stakeholders have to be part of the solution. Board members and managers, but also all employees," CEO Lutz said, trailing talks with rail workers' union EVG to begin this week.

EVG has reassured workers that layoffs are ruled out for now after signing a deal with executives earlier this month.

A January agreement between DB and Berlin calls for 62 billion euros of additional government investment and 24 billion euros from the rail company itself by 2030.