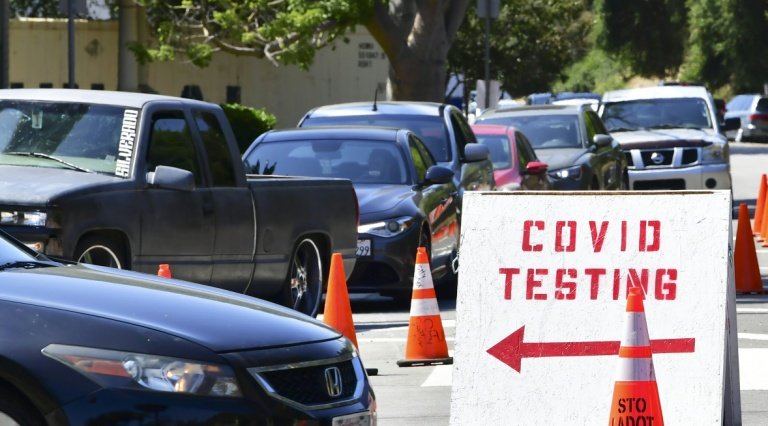 Wall Street stocks capped an historically strong quarter on a positive note Tuesday, again ending decisively higher and shrugging off a resurgence in US coronavirus cases.

The second quarter comprised the period just after Wall Street stocks bottomed out in March in the immediate aftermath of sweeping shutdowns in the United States and Europe to stop COVID-19 outbreaks.

As it enters the second half of 2020, the US is still embroiled in the coronavirus crisis, with major states including Texas and Florida rolling back some reopening measures as they face mounting public health problems.

Top infectious disease expert Anthony Fauci warned the country was heading in the "wrong direction," and cases could reach 100,000 a day if actions aren't taken.

Briefing.com analyst Patrick O'Hare questioned the market's response to the gloomy coronavirus trends in the US, but said investors may be concluding that restrictions imposed at the local level will succeed.

"Collectively, everyone is on the page that we can flatten the curve again without having to go into a lockdown phase," O'Hare said.

The market is having a "momentum-driven rally," he added. "A lot of people think the market should be where it is, yet it keeps going up."

Elsewhere, London underperformed its peers after a worse-than-expected UK growth contraction, along with gloomy corporate news from energy major Royal Dutch Shell and renewed lockdown measures in the central English city of Leicester.

But stocks in Shanghai gained after China said its June purchasing managers index of factory activity improved in May, beating forecasts. The non-manufacturing reading was also better than hoped. 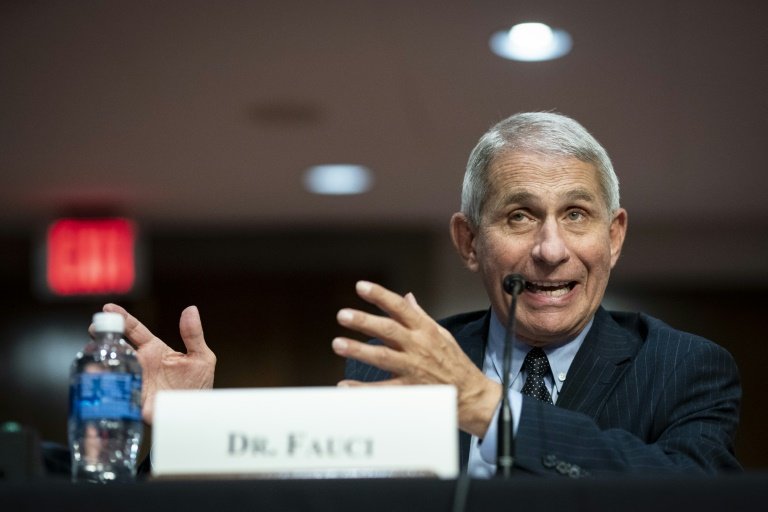 Anthony Fauci, director of the National Institute of Allergy and Infectious Diseases, warned a congressional panel that US coronavirus cases could hit 100,000 a day if measures are not taken / © GETTY IMAGES NORTH AMERICA/AFP

The data bolstered hopes for an economic rebound, helped by the reopening of businesses around the world.

Oil prices dipped on virus-linked demand concerns and the prospect of the return of Libyan production, dealers said.

Among individual companies, Royal Dutch slumped around four percent after announcing it would take a charge of up to $22 billion (19.6 billion euros) due to chronic fallout from coronavirus and collapsing oil prices.

The decline gave back some of the 14.4 percent the company gained on Monday as US air safety regulators undertook a long-delayed test flight of the 737 MAX, which has been grounded since March 2019 following two crashes.