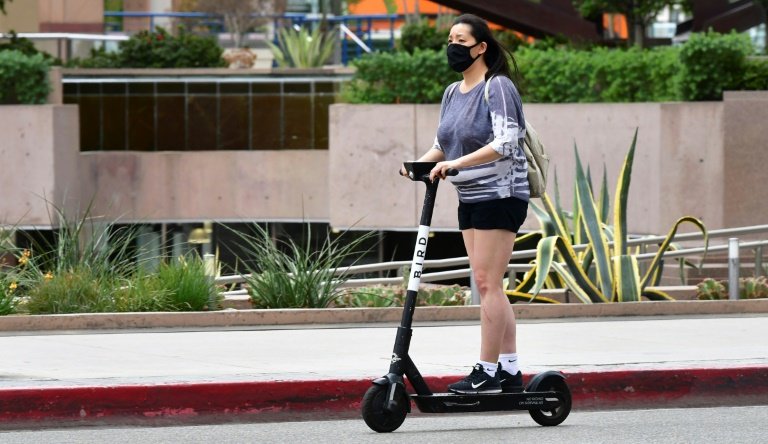 A commuter on electric scooter wears her facemask in Los Angeles on June 29, 2020, where bars and beaches are shutting back down / © AFP

Global infections from the novel coronavirus have surpassed 10 million as the rate of new cases surges, according to an AFP tally on Sunday.

The coronavirus pandemic is "not even close to being over", the WHO warned Monday, as the global death toll passed half a million and cases surged in Latin America and the United States.

In another grim milestone, the number of infections recorded worldwide topped 10 million, while some authorities reimposed lockdown measures that have crippled the economies worldwide.

"We all want this to be over. We all want to get on with our lives," World Health Organization chief Tedros Adhanom Ghebreyesus said.

"But the hard reality is this is not even close to being over," he said, adding that "although many countries have made some progress, globally the pandemic is actually speeding up."

The virus emerged at least six months ago in China, where the WHO will send a team next week in the search for its origin, Tedros said. 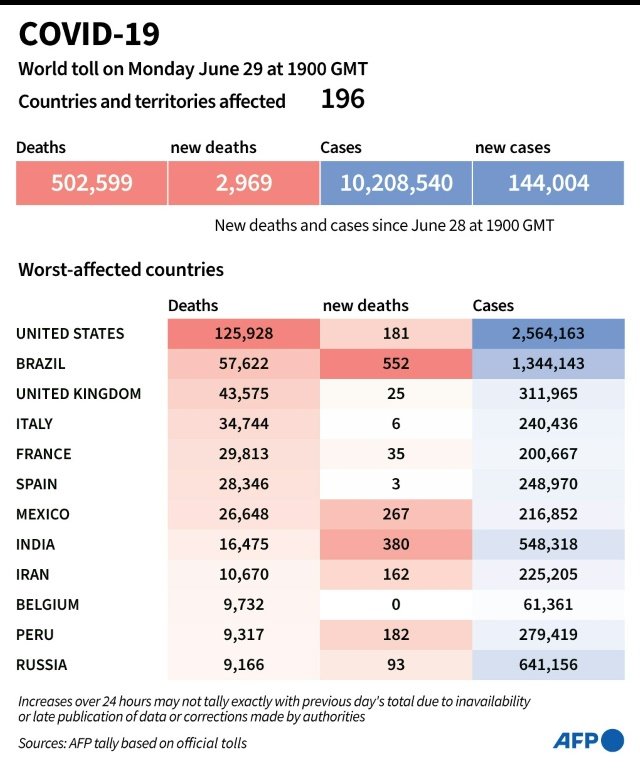 COVID-19 is still rampaging across the US, which has recorded more than 125,000 deaths and 2.5 million cases -- both around a quarter of the global totals.

US Federal Reserve Chairman Jerome Powell said the April-June quarter was expected to see the largest decline in GDP on record, adding that recovery would depend on government efforts to contain the outbreak.

Many of the south and west US states where the virus is most rampant are where state leaders pushed for early reopenings.

But even in New York, deemed to be in good health comparatively, the iconic Broadway theatre district announced it would remain closed through the end of the year.

And with numerous US states forced to reimpose restrictions on restaurants, bars and beaches, President Donald Trump has come under growing pressure to set an example by wearing a mask. 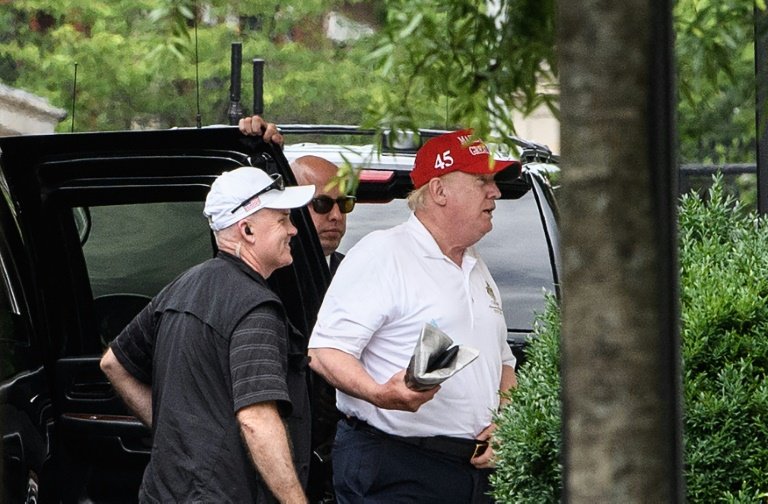 Trump's health secretary has warned the "window is closing" for the US to regain control, but the president has largely turned away from the crisis, holding indoor rallies with big, largely maskless crowds against the advice of his experts and refusing to cover his own face in public.

And while opposition Democrats have urged Trump to reissue an emergency declaration on coronavirus, White House Press Secretary Kayleigh McEnany said the president had "no interest" in doing so. 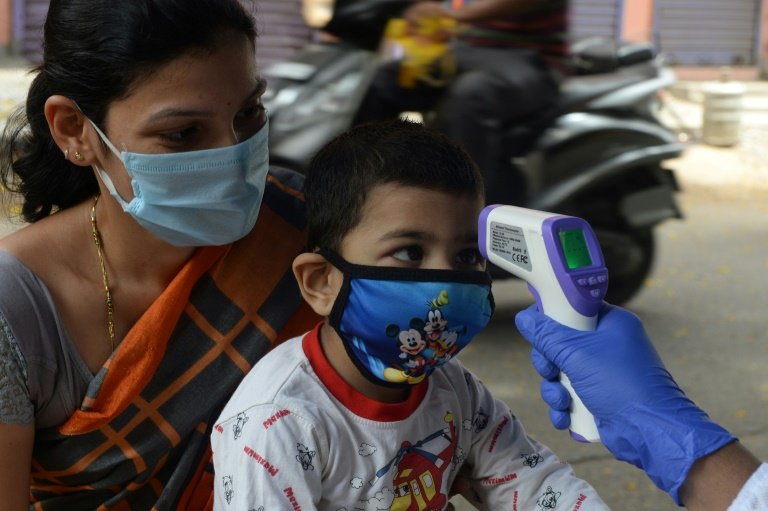 The World Health Organization has warned that six months on, the coronavirus pandemic is "actually speeding up" / © AFP

However, he may not be able to avoid masks forever -- the Florida city of Jacksonville, where Trump's Republicans are due to hold their national convention in August, declared face masks mandatory on Monday.

Underlining Trump's increasing isolation on the issue, Senate Majority Leader Mitch- McConnell, who is usually in lock step with the president, spoke out on the urgency of mask-wearing.

"We must have no stigma, none, about wearing masks when we leave our homes and come near other people," he said. 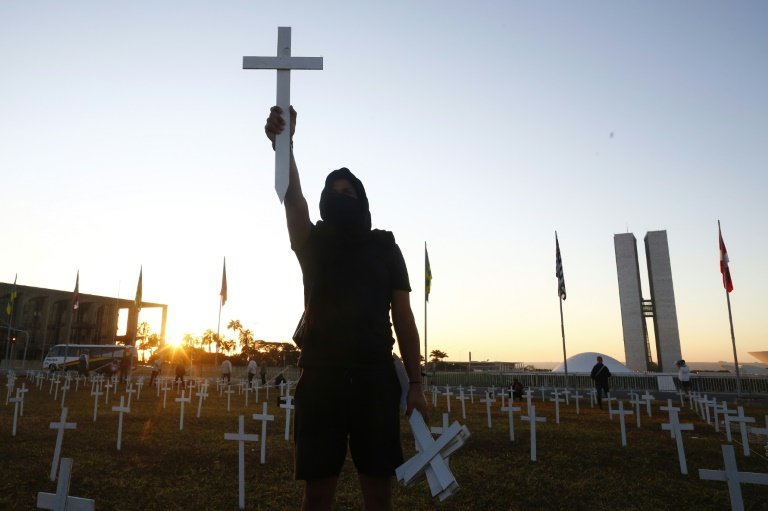 The second hardest-hit country Brazil registered 259,105 infections in the seven days through Sunday -- the country's highest of any week during the pandemic.

Ireland's pubs began pouring pints for the first time in 15 weeks, as Europe -- still the hardest-hit continent -- continues to open up after seeing numbers of new cases fall.

"Guinness is good for you," quipped Mark O'Mahony -- the first to order a pint with his breakfast at a Dublin pub. "Without it, it hasn't been much good really for 15 weeks.

In Britain, Prime Minister Boris Johnson said his country had gone through a "profound shock" as he prepared to unveil a large stimulus programme.

His government plans to reopen pubs, restaurants and hairdressers across England on July 4, but on Monday ordered schools and non-essential shops in Leicester, central England, to close after a localised outbreak. 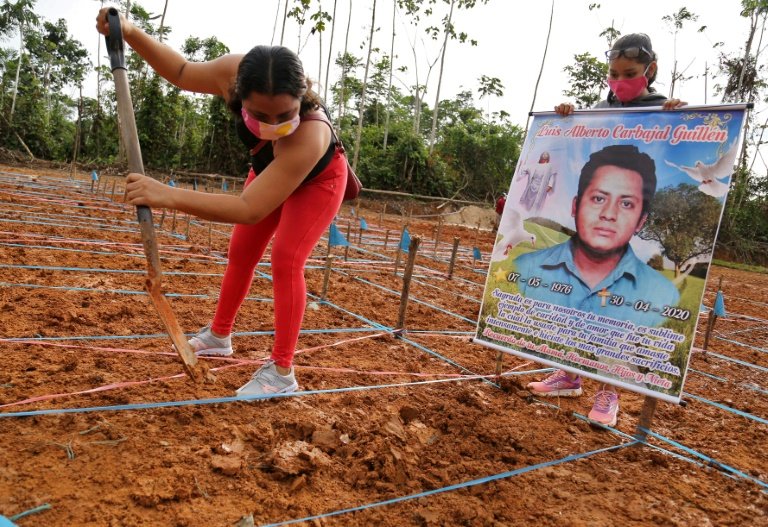 In Merkel's Germany, which has been praised for how it has tackled its COVID-19 outbreak, the North Rhine-Westphalia state extended a lockdown on a district hit hard by a slaughterhouse outbreak.

China has imposed a strict lockdown on nearly half a million people in a province surrounding Beijing to contain a fresh cluster.

In a reminder of the constant threat of newly-emerged pathogens, researchers in Chinese universities and the country's Center for Disease Control and Prevention announced they had discovered a novel swine flu that was capable of triggering another pandemic. 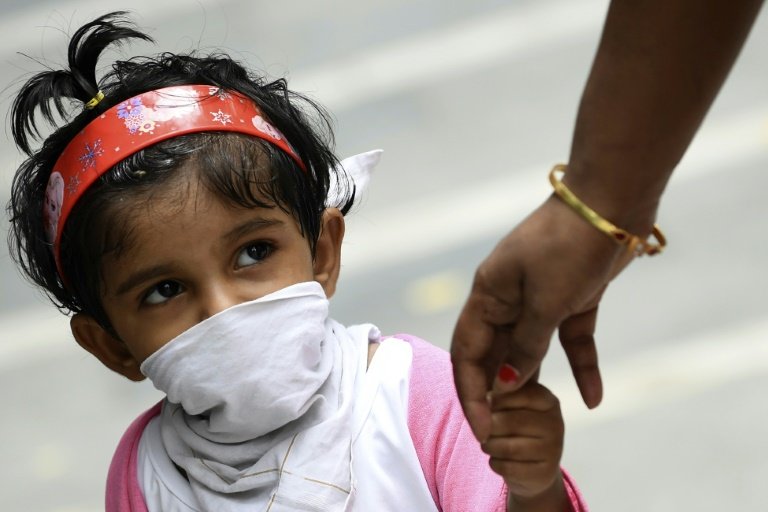 India is gradually easing a nationwide lockdown despite setting a daily record of 18,500 new cases and 385 deaths on Saturday / © AFP

Named G4, it is genetically descended from the H1N1 strain that caused a pandemic in 2009.

It possesses "all the essential hallmarks of being highly adapted to infect humans," said the authors of a study published Monday in the US science journal PNAS.

The Middle East's most affected country Iran reported 162 more deaths on Monday, its highest single-day toll yet, a day after it also made mask-wearing mandatory for inside gatherings.

India, which is gradually easing a nationwide lockdown, registered a daily record of 18,500 new cases and 385 new deaths on Saturday.

Alka, one of the country's million accredited social health activists, said it was difficult for the unprotected and poorly paid all-women workers to get people to heed their advice.

"People are struggling to feed their families," she said. "What can we do?"