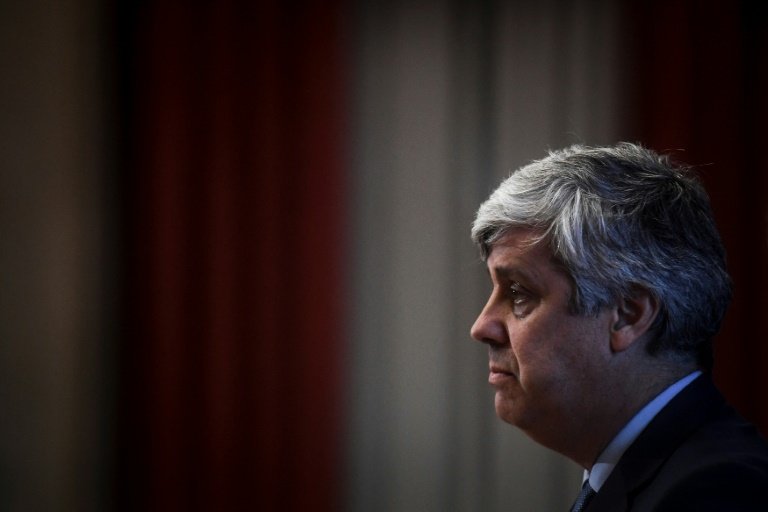 The eurozone is eager to turn the page post-Centeno / © AFP

As it prepares to face the worst recession in EU history, the eurozone is looking for a new leader to provide the 19-country currency bloc with a new impetus.

Here are a few things to look out for as eurozone finance ministers begin to fill one of the global economy's key jobs:

The new head of the Eurogroup will replace Mario Centeno, Portugal's soft-spoken finance minister who is stepping down after just two-and-a-half years.

During his leadership, the Eurogroup saw its importance diminish from the headline-grabbing days of the debt crisis under the leadership of Jean-Claude Juncker from Luxembourg and Jeroen Dijsselbloem from the Netherlands.

In theory, the head of the Eurogroup has a central role: he chairs the monthly meetings of the finance ministers of the countries that have adopted the single currency.

The main objective of the meeting is to better coordinate national economic policies and apply pressure on countries to keep their budgets in order.

In this capacity, he or she must be able to strike compromise between the rich members in the North, who insist on budgetary discipline, and those in the south, who are seen as more lax.

Centeno leaves unfinished reforms intended to fix the rich-poor divergence in the eurozone, including the creation of a stand-alone budget and a Europe-wide deposit insurance.

With an economic crisis newly underway, EU-watchers said his replacement will have an opportunity to restore the group's importance.

"The next Eurogroup president needs a plan how to make the EG useful again -- or we can shut it down," said Lucas Guttenberg of the Jacques Delors Centre in Berlin.

If chosen, Spanish Minister of Economy, Nadia Calvino would be the first woman to win the job. 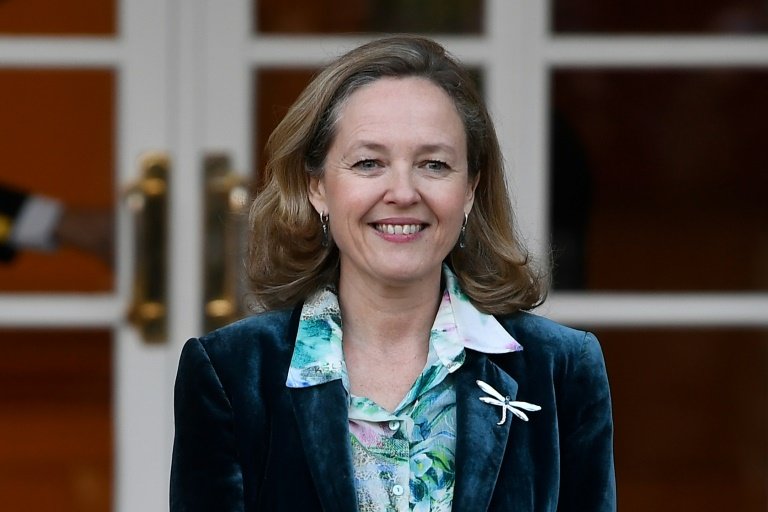 Calvino would be the first woman to run the eurozone / © AFP

Before becoming minster, the 51-year-old lawyer and economist had worked at the European Commission since 2006 where she was director-general of the budget department, a major job in Brussels.

Seen as a technocrat in Madrid, last year her name was also put forward for the presidency of the International Monetary Fund.

Luxembourg's Pierre Gramegna, 62, was an unsuccessful candidate against Centeno two-and-a-half years ago and has been finance minister since December 2013.

Politically liberal, he began his career as a diplomat, notably as ambassador to South Korea and Japan and also headed the Luxembourg Chamber of Commerce.

If elected, this would be the second time in less than a decade that a Luxemburger would be at the head of this body with Juncker having held this position until January 2013.

The third potential candidate is 45-year-old Paschal Donohoe from Ireland, who has been minister of finance since June 2017.

Previously, he was already part of the government in Dublin, responsible for Transport and European Affairs.

After studying politics and economics, this centre-right figure began his career with the US consumer goods giant Procter and Gamble.

Like Gramegna, his country strongly opposes a European taxation of digital giants, a major ambition of France and several other members.

Applications were officially opened on Thursday and candidates will have about two weeks to make themselves known.

The eurozone's 19 finance ministers will then designate their captain by a simple majority, though the final candidate will face a consensus vote where unanimity is necessary.

This election will most likely be virtual -- given coronavirus-linked social distancing rules -- and could take place on July 9.