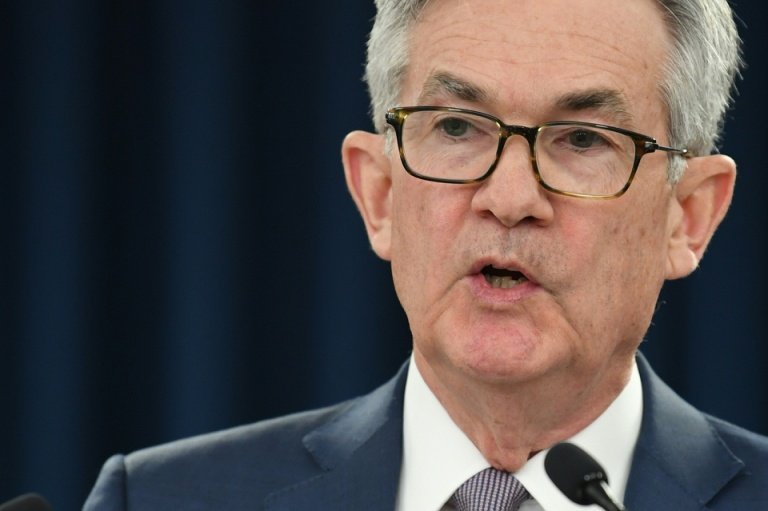 US Federal Reserve Chair Jerome Powell says the central bank will continue to act but it can only lend, not spend, money / © AFP/File

The United States is facing a "truly rare" economic crisis, but it should see a solid recovery once the coronavirus pandemic has passed, Federal Reserve Chairman Jerome Powell said Thursday.

While the economy is moving "with alarming speed" towards a "very high unemployment" rate, once businesses can reopen, "There is every reason to believe that the economic rebound, when it comes, can be robust," Powell said in a speech.

The US central bank has deployed unprecedented emergency efforts to shore up the financial system and pump money into the economy, including new steps announced earlier Thursday.

"We will continue to use these powers forcefully, proactively, and aggressively until we are confident that we are solidly on the road to recovery," he said.

But Powell said the Fed's emergency measures "are lending powers, not spending powers," that can only help firms that are solvent.

He indicated there will be a need for more direct action as "there will also be entities of various kinds that need direct fiscal support rather than a loan they would struggle to repay."

"All of us are affected, but the burdens are falling most heavily on those least able to carry them."

In a discussion following his speech, the Fed chief acknowledged that the central bank is rushing out a series of measures to help the economy immediately, and hindsight might reveal flaws.

"We don't have the luxury of taking our time" in rolling out the emergency programs, he said in a discussion with the Brookings Institution.

The aim is to "prevent significant major damage to the economy" and "support a robust recovery when it comes. That's really what our tools are most important for."