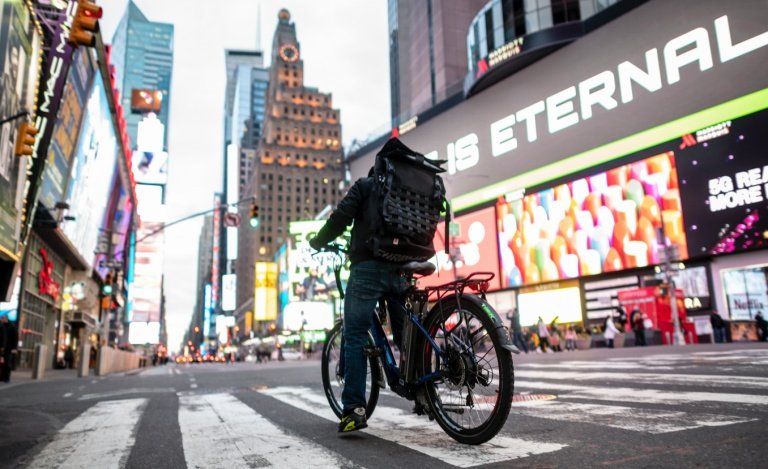 Fitch Ratings on Thursday reaffirmed the United States's AAA credit rating, even with the country facing rising unemployment and a looming recession as the coronavirus pandemic exacts its toll.

"The US sovereign rating is supported by structural strengths that include the size of the economy, high per capita income and a dynamic business environment," Fitch said.

The rating came as the Department of Labor reported unemployment claims surging to 3.3 million in the week ending March 21 after the pandemic caused many businesses to close.

Fitch predicted that US GDP will shrink by about three percent this year, worse than during the global financial crisis in 2009, but the economy could recover in 2021 if the virus is contained.

The Senate passed a massive $2.2 trillion stimulus measure late on Wednesday, and expectations of its swift enactment pushed Wall Street to rally with the Dow closing up 6.2 percent.

"As fiscal and monetary policy effectively merge, government will spend in order to cushion the income losses suffered by households and businesses and lessen the destruction of potential output," Fitch said in its report, released after markets closed.

However it warned that the country's high deficits were set to get even worse thanks to the stimulus package's spending and the lack of political agreement to address the US's debt in the long-term.

"The stimulus package has yet to be officially assessed for its budget impact, but at a conservative estimate, the federal fiscal deficit will rise to over 13 percent of GDP in 2020 from 4.6 percent of GDP in" fiscal year 2019, Fitch said.

Predicting government debt will rise to 115 percent of GDP by the end of 2020, "This would put the debt ratio, absent consolidation, on course to surpass a level Fitch has previously considered inconsistent with 'AAA' status."