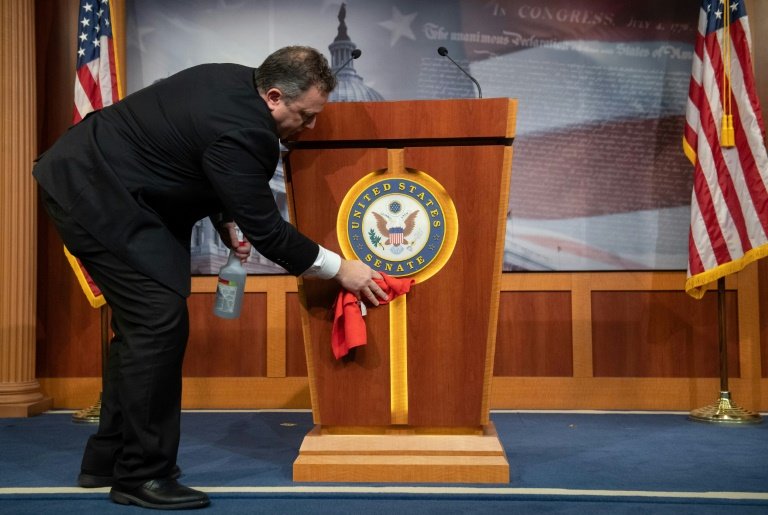 Senators worked through the night to agree on a huge economic rescue plan, but will it be enough? / © AFP

The US Senate overnight pushed through an emergency spending measure unlike any ever seen to help ease the economic damage inflicted by the coronavirus pandemic, but analysts warn that it can only be a first step.

The massive $2.2 trillion bill is unprecedented and covers huge swaths of US society. It includes cash payments to most Americans, expanded unemployment insurance and food benefits, loans to small businesses, funds to support overwhelmed hospitals and help for distressed industries like airlines.

Even Senate Majority Leader Mitch McConnell seemed to acknowledge that it might not be enough to get the economy running again.

"This is not even a stimulus package. It is emergency relief," McConnell said in a statement to the Senate before the bill was approved unanimously.

But with some forecasters predicting a shocking 14 percent contraction of the US economy in the second quarter, as well as a severe global recession this year, economists urge lawmakers to prepare to do more to help cushion the blow for millions who have lost their jobs as huge areas of the economy are forced to shut down.

"No, it's not enough, there will be more. This is a moving target," Diane Swonk of Grant Thornton told AFP. 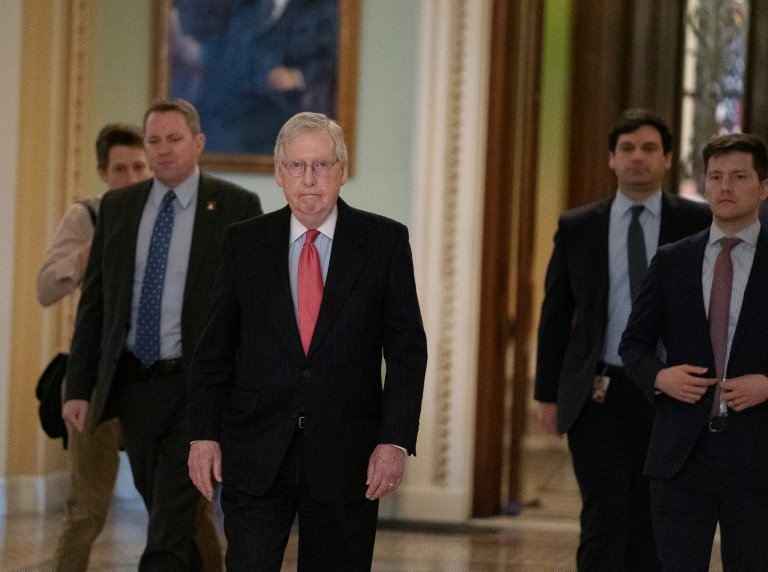 "But the good news is, it's much more broad based, much more multifaceted," she said of the package. "That's what we need. And it's a really good start."

With more than half of the country's residents under some form of lockdown and the death toll over 1,000 with at least 68,000 confirmed cases, the world's largest economy is on life support and emergency treatment is critical if it is to emerge from the crisis.

But it is even more important because unlike other advanced economies, Americans do not have a national healthcare system or national unemployment benefits available to everyone.

Democrats and Republicans in the Senate worked through the night to approve the package, which now goes to the House of Representatives for final approval before President Donald Trump can sign it into law.

"It protects all American workers," Treasury Secretary Steven Mnuchin said Thursday on CNBC, calling on lawmakers to pass the bill quickly -- and do so unanimously.

"The American workers and American public and American business, they need the money now. So this is not the time to debate a bill that passed with every single vote." 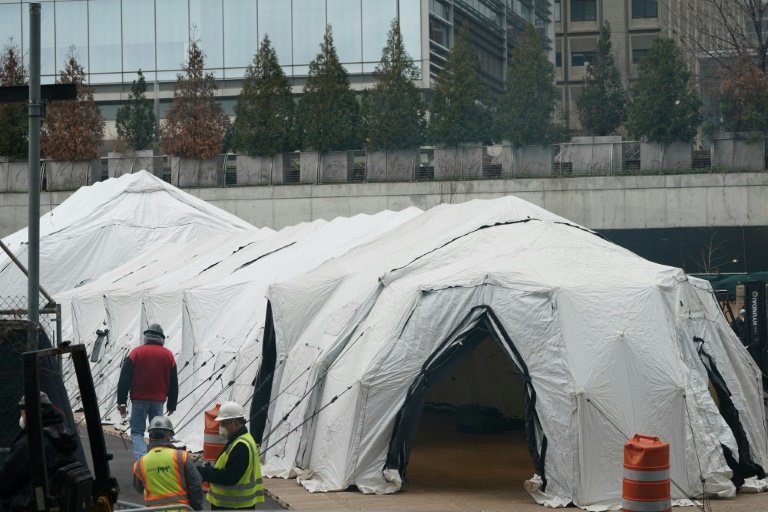 Workers build a makeshift morgue outside of Bellevue Hospital to handle an expected surge in coronavirus victims in New York, the current epicenter of the outbreak in the US / © AFP

After the widespread business closures drove 3.3 million workers to file for unemployment benefits last week -- the highest on record and nearly five times the previous record set in 1982 -- the unemployment rate is expected to spike into double digits by April.

That means the beefed up jobless payments may be the most important element of the rescue package.

It expands help for those who have lost their jobs, increasing payments by $600 a week, and provides aid to workers who previously did not qualify, including people who are self-employed and workers in the gig economy.

That goes well beyond the one-time $1,200 check from the Treasury that will go to all Americans, in addition to $500 a child.

"The plan itself is essential to avoid a deeper crisis than what we are going through," Gregory Daco of Oxford Economics told AFP.

"Rather than an economic recovery plan, it is rather a stabilization plan" especially to shore up small and medium businesses, he said. "This plan absolutely had to be put in place to avoid both a major loss of activity but also the historic job losses."

- Control the virus to fix the economy -

But with Trump already talking about ending the lockdowns, worried that the treatment will be worse than the disease, analysts warn that the best way to alleviate the economic pain is to get the virus under control.

Former Federal Reserve vice chairman Alan Blinder said reopening the economy "is not just wrong, but dangerous." If the US sees a second wave of infections "we could get a long-lasting depression" instead of a sharp slowdown followed by a strong recovery, now considered the best possible outcome.

Most economists agree with medical experts on the need for massive, widespread testing to provide quick results and allow authorities to isolate those with infections and ensure those who go back to work are healthy.

"If we are forced to shut down a second time, the attempts to stabilize the economy that have passed Congress will largely be wasted."