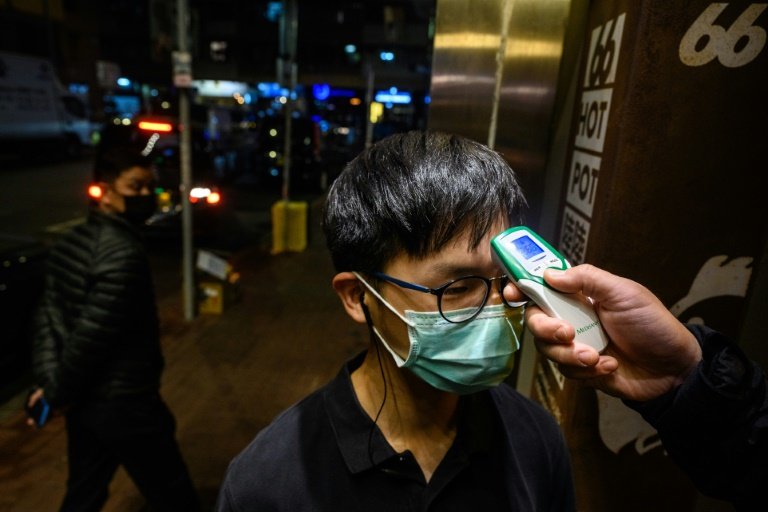 Wall Street posted mixed results on Friday, ending an otherwise positive week as markets in Europe and Asia also muddled to a close.

Of concern to investors was the new coronavirus outbreak that has spread globally, infecting 64,000 amid fears of widespread economic disruptions in the world's second-largest economy, China, and beyond.

Mixed government data did little to move Wall Street traders who held fire ahead of a three-day weekend, with the benchmark Dow Jones Industrial Average closing down slightly but the tech-rich Nasdaq and the broad-based S&P 500 ending up.

Asian indices earlier closed mixed as traders struggled to work out if China's outbreak was worse than being reported by authorities.

A dramatic rise in the number of deaths and new cases of the virus on Thursday fuelled global suspicions that Beijing might be concealing the illness' real scope.

Wall Street finished that day in the red -- a reversal from Wednesday when its main indices closed at record highs.

"The coronavirus has been increasingly worsening but the market really doesn't seem to be that concerned," Peter Cardillo of Spartan Capital Securities said of Wall Street. "That could change drastically if the macro news begin to change in China and here."

Nonetheless, the major US indices made substantial gains over the week as a whole, with the Dow up one percent, the Nasdaq growing 2.2 percent and the S&P 500 up 1.6 percent.

But the rebound many observers were hoping for in the first half of the year will likely be pushed back by the effects of the novel coronavirus COVID-19.

The US Commerce Department earlier on Friday reported a 0.3 percent increase in retail sales in January compared to December, as expected.

Industrial production data released by the Federal Reserve showed a drop of 0.3 percent over the same period, blamed on Boeing's decision to shut down production lines for its grounded 737 MAX aircraft.

The death toll from China's virus epidemic neared 1,400 on Friday with six medical workers among the victims, underscoring the country's struggle to contain a deepening health crisis.

Nearly 64,000 people are now recorded as having fallen ill from the virus in China, with officials revealing that 1,716 health workers had been infected as of Tuesday.

On Wall Street, a solid earnings report from graphics card manufacturer Nvidia pushed its price up seven percent, while similarly positive results from online travel company Expedia led to a gain of 11 percent.