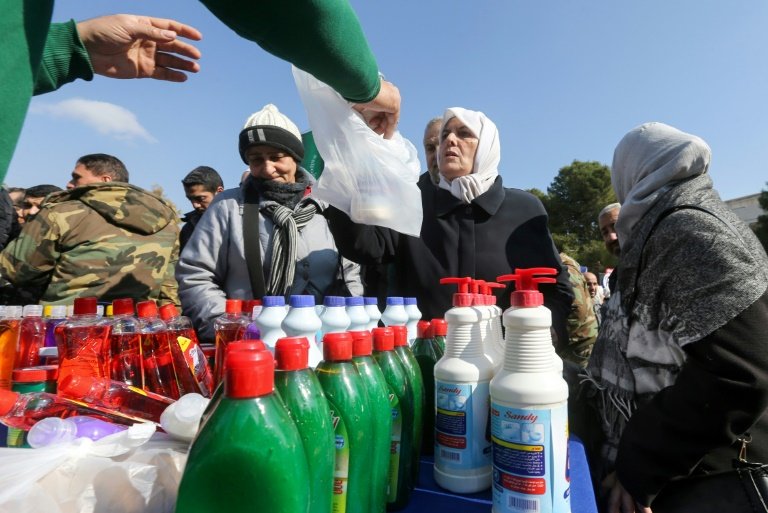 Syria's government Saturday started rationing subsidised food like rice and sugar with smart cards, a ministry said, in the latest measure to address an economic crisis in the war-torn country.

The value of the Syrian pound against the dollar has plummeted on the black market in recent months, sparking price hikes on key food items.

On Saturday, thousands of Syrian families for the first time used cards with built-in microchips to track and cap their purchases of subsidised food, the ministry of internal trade and consumer protection said.

Under the new system, even the largest family cannot collect more than three kilos of rice, four kilos of sugar and one kilo of tea a month, it said on its Facebook page.

Smaller families are allowed even less according to their size.

Subsidies are key for Syrians living in government-held areas in a country where the United Nations says war has compounded poverty.

But Ibrahim Saad, 51, asked how he was expected to feed his family with the latest rationing.

"The rice is not enough for a family of five or six people," said Saad, a father of three who earns a meagre salary working in a grocery store.

"Before the war, we could buy anything," he said.

But now he and his wife have to keep track each month of the subsidised food and fuel they are allowed to buy in order to make them last.

Economist Ammar Yussef said food subsidies were not having a huge impact on the average Syrian, and more needed to be done to address the overall economy.

"The Syrian economy needs restructuring to suit the exceptional crisis it's going through," he said, alluding to how hard it was to obtain hard currency for imports and sanctions.

But they say de-facto devaluation of the Syrian pound is due to a liquidity crisis in neighbouring Lebanon, which has long served as a conduit for foreign currency into government-held areas of Syria.