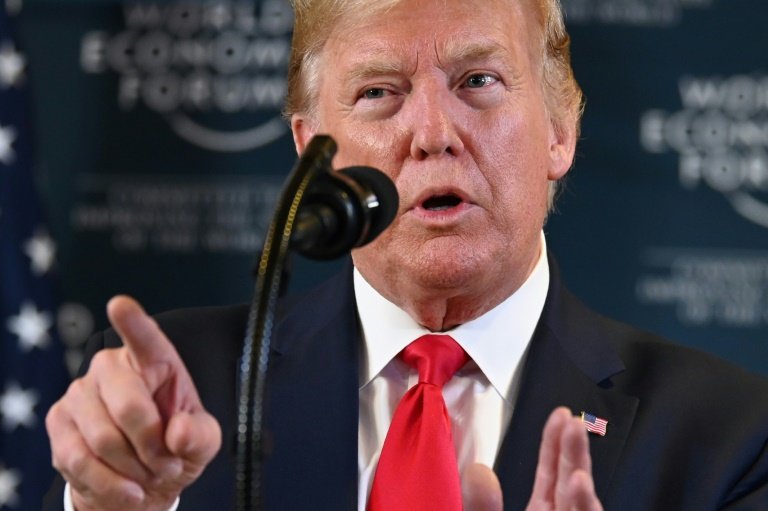 Does he mean me? Greta Thunberg was in Davos to hear Donald Trump slam the 'perennial prophets of doom' / © AFP

At the World Economic Forum in Davos, the world's political and business elites heard dire predictions over the perils of global warming while fretting how this could hurt their re-election prospects or bottom lines.

Here are five AFP highlights from the 50th anniversary meeting of the world's biggest get-together of the economic and business elite.

From the first day of the WEF there was a ping-pong of exchanges between the two sides, without any sensational David-and-Goliath face-to-face encounter ever materialising. 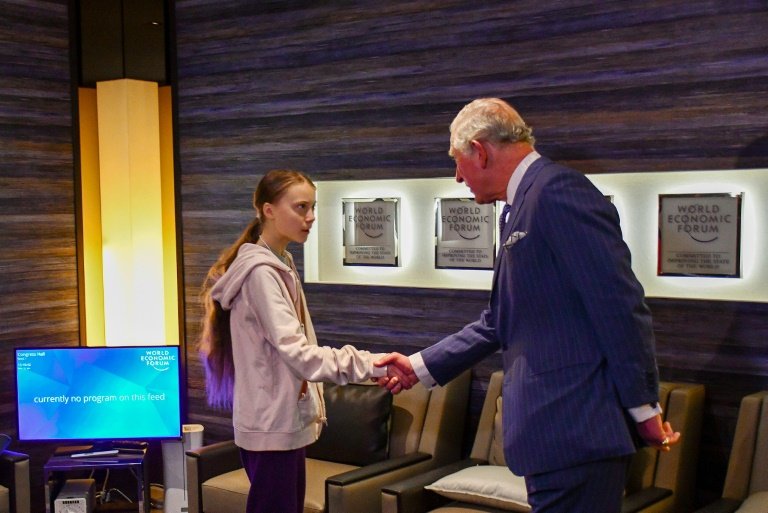 While Thunberg, 17, looked on quietly from the audience, Trump in his keynote speech bashed the "perennial prophets of doom" and "the heirs of yesterday's foolish fortune tellers" who sounded alarm on the environment.

She hit back by demanding for an immediate halt to investment in fossil fuels which prompted US Treasury Secretary Steven Mnuchin to snipe back: "After she goes and studies economics in college, she can come back and explain that to us."

But it was Thunberg who had the last word. Demands of activists at Davos "have been completely ignored. We expected nothing less," she said. And the criticism? "It has no effect.. We put ourselves in the spotlight."

While many at Davos are focused simply on making money, US financier and philanthropist George Soros said he was thrilled to be donating $1 billion to create a new university network.

Such a project was needed, he said, due to the erosion of open society by "would-be and actual dictators" ruling countries including China, Russia... and the United States. 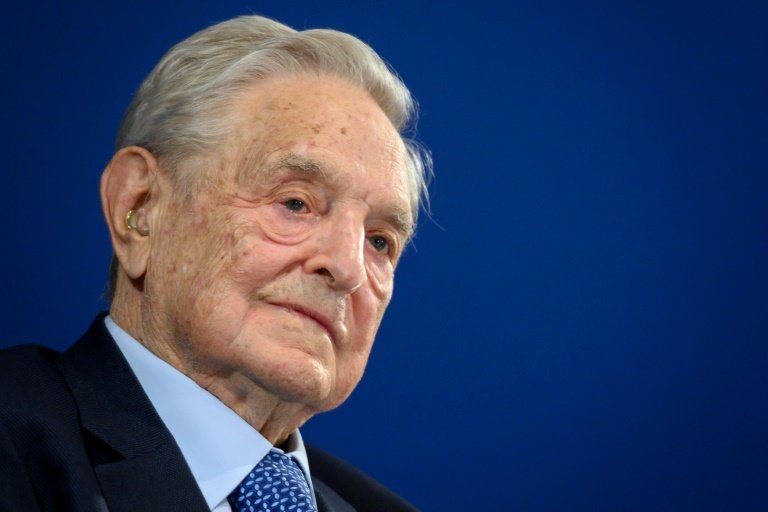 In his annual tour-de-horizon of the state of the world -- which has become a Davos tradition -- Soros reaffirmed his disgust with Trump as a "conman and the ultimate narcissist" but also expressed alarm over China's Xi Jinping.

Xi, said Soros in dystopian terms, was bent on designing an authoritarian system for a "new type of human being who is willing to surrender his personal autonomy in order to stay out of trouble."

Such was the need for the university plan, "the most important and enduring project of my life."

During his 36 hours in Davos, Trump also needled the Europeans, again threatening the EU with damaging car tariffs, only days after sealing a hard-won trade truce with the Chinese.

To bury the hatchet, Trump bullied Europe to conclude a trade "this year" -- the same time he said was needed to strike a deal with Britain as that country heads for Brexit in a week's time.

Feeling the pressure, the head of the European Commission, Germany's Ursula von der Leyen, said a deal would be ready to sign "in a few weeks", puzzling many in Brussels, while her Economic Affairs commissioner Paolo Gentiloni, pleaded for a dose of distance and wisdom between close allies.

"It is legitimate to defend your own trade interests, but we are the western Alliance, and we should always keep in mind that this is crucial for the world," he told AFP.

VIPs hope for a smooth ride in Davos but it was not the case for former Lebanon foreign minister Gibran Bassil, just out of his job after a new government was announced. 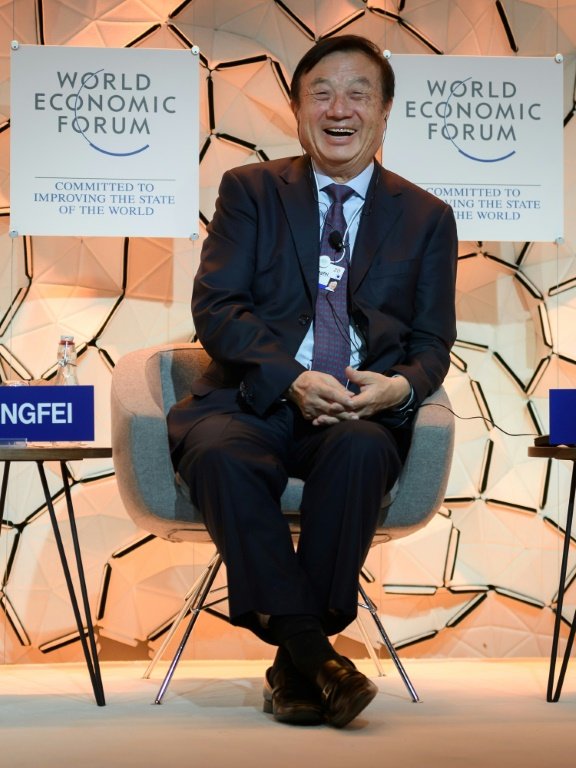 Huawei CEO Ren Zhengfei told the forum that "AI is not as damaging as atomic bombs!" / © AFP

To the glee of his critics on social media, the man seen by protesters in Lebanon as a pillar of a corrupt system their country has endured for years found himself roasted during a debate.

The moderator repeatedly pressed him on how he financed his trip at a time when Lebanon is gripped by economic crisis, forcing Bassil to admit sheepishly that he had been invited.

"We are not allowed to have friends like that when we are in government," witheringly pointed out Dutch Trade Minister Sigrid Kaag, who previously served as UN coordinator for Lebanon.

As well as global warming, another transformative phenomenon on the minds of delegates was artificial intelligence, whose fast growth in the technology sector has raised fears it could spiral out of control.

"AI is one of the most profound things we're working on as humanity. It’s more profound than fire or electricity," warned Sundar Pichai, the CEO of Google during a panel.

Huawei founder Ren Zhengfei sought to play down fears, saying: "AI is not as damaging as atomic bombs!"

But Israeli author and historian Yuval Noah Harari did not seem to want Davos delegates to sleep well at night, saying artificial intelligence could soon be able to hack into humans.

"If you have enough data about me, enough computing power and biological knowledge, you can hack my body, my brain, my life," said the author of the bestselling book "Sapiens".