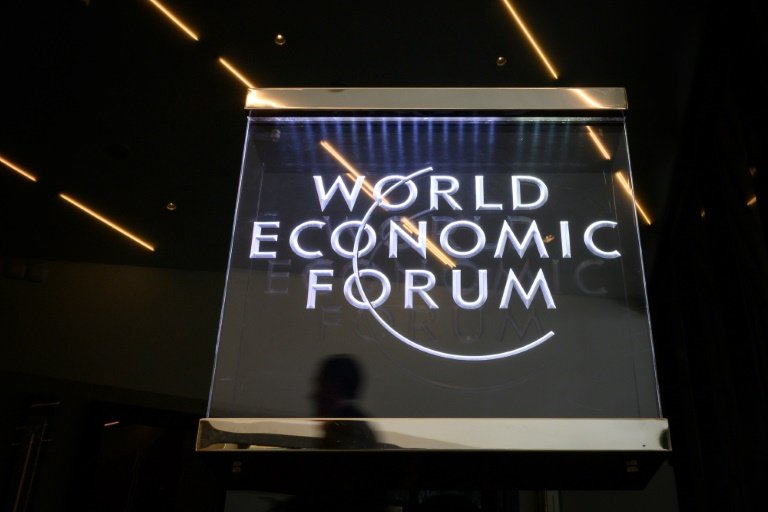 A man walks past a sign of the World Economic Forum (WEF) at the Congress Centre in Davos, eastern Switzerland / © AFP/File

The annual World Economic Forum wrapped up on Wednesday its third day, with the United States taking another pot shot at teen climate campaigner Greta Thunberg and a former Lebanese minister squirming in the Davos hot seat.

Here are five highlights from the third day of the 50th edition of the glitzy meeting at the Swiss resort.

A forum for elites, the real power behind Davos arguably lies with the world's biggest communicators, such as the PR companies who install pop-up offices and executive suites up and down the resort's main thoroughfare, the Promenade.

And nothing screams more corporate PR than Davos slogans where companies strive to communicate something deep, consensus building and even slightly philosophical, but without risking the ire of a passing ceo.

The twitter account of Axios reporter Bethany Allen-Ebrahimian has compiled some real gems, such as "Liquid democracy has arrived" by Propel Capital or "Building a bridgital nation" from Indian conglomerate Tata.

An AFP reporter spotted an "unsmoke your mind" from Philip Morris (on the benefits of a life without cigarettes).

The departure of US President Donald Trump did not lead to a truce between the administration and its Swedish teen climate nemesis Greta Thunberg.

US Treasury Secretary Steven Mnuchin did not mince his words when asked to respond to the campaigner's call for a halt to investment in fossil fuels. 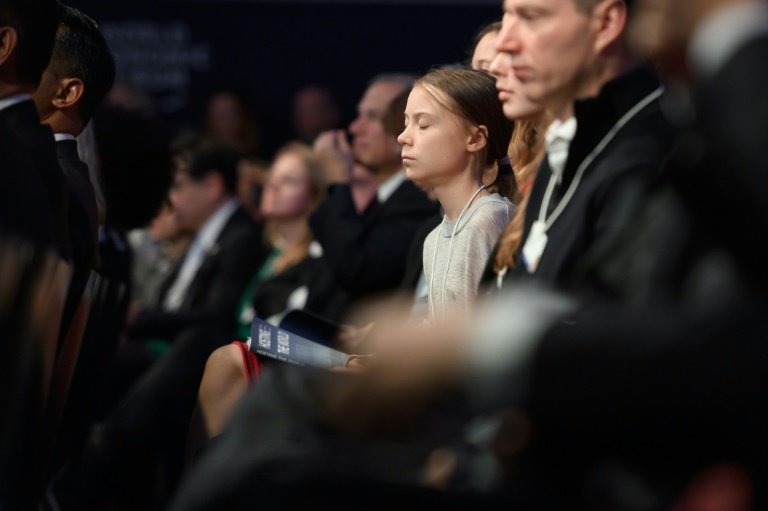 "After she goes and studies economics in college, she can come back and explain that to us," he snapped.

The 17-year-old, not to be outdone replied on Twitter with a thread of three tweets.

The first said "it doesn't take a college degree in economics" to understand how fossil fuels caused climate change. The second said Mnuchin would have to explain to future generations.

And the third? The scientific citations for the claims made in her previous two tweets.

Former Lebanese foreign minister Gibran Bassil, barely out of his job for a day after a new government was announced, may have hoped for some peace in the Swiss Alps.

It was not to be.

To the glee of his critics on social media, the man seen by protesters in Lebanon as a pillar of a corrupt system their country has endured for years found himself roasted during a debate.

"How did you get here?", asked the moderator. "Did you take a private plane?"

"I came simply on my own expenses," Bassil replied. "I know rumours and lies circulate always but this is the reality. Not one lira at the expense of the Lebanese treasury!"

"So this is family money?" the moderator pressed. "No this was offered to me. I was invited here," Bassil replied.

"We are not allowed to have friends like that when we are in government," witheringly pointed out Dutch Trade Minister Sigrid Kaag, who previously served as UN coordinator for Lebanon.

At this annual jamboree for global capitalism, Wall Street's most influential banker slammed socialism, with his eyes firmly on socialist Senator Bernie Sanders who is running for US president.

"I honestly don't think they understand what socialism is," JP Morgan Chase boss Jamie Dimon told CNBC in Davos, referring to Sanders and other candidates who espouse some of the firebrand's ideas.

"Most state-owned enterprises don't do a particularly good job," he added. "You look around the world and they become corrupt over time."

Bernie Sanders tweeted back: "That's funny. Jamie Dimon seemed fine with corporate socialism when his bank got a $416 billion bailout from American taxpayers."

Sanders was clearly also on Trump's mind on Tuesday, when he used a speech to taunt his election rival.

"We will never let radical socialists destroy our economy, wreck our country, or eradicate our liberty," Trump said. 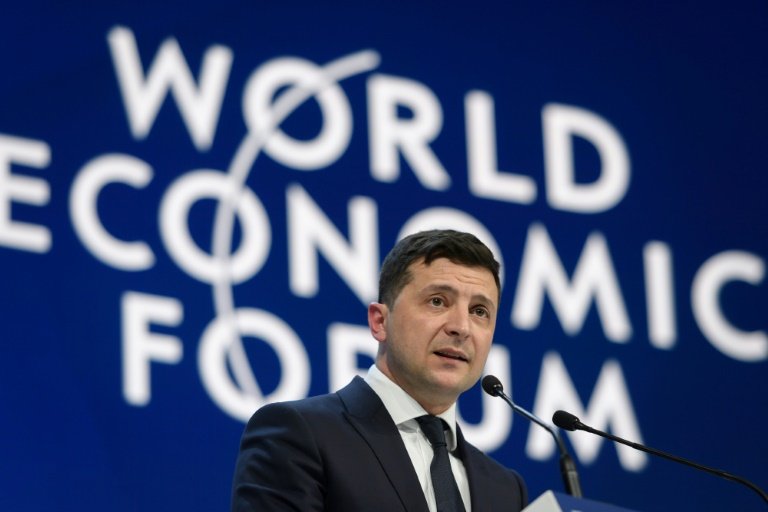 Ukraine's President Volodymyr Zelensky (pictured January 22, 2020) speaks the World Economic Forum (WEF) meeting in Davos, where his country announced it would offer a "nanny" -- a multilingual point person in the government for foreign investors / © AFP/File

Ukraine used its traditional Davos breakfast, one of the key meetings for the country, to unveil a novel policy idea to soothe concerns of large foreign firms who may be cautious owing to fears of corruption and judicial problems.

They will be offered a nanny.

Not someone to look after the kids, but a multilingual point person in the government to listen and help overcome any potential hurdles.

"But what about local investors? What about Ukrainians? Can't they have a nanny to be soft and nice to them?" asked one of the country's most prominent businessmen from the floor at the meeting organised by the Viktor Pinchuk foundation.

Forced onto the defensive, Prime Minister Oleksiy Goncharuk described the nanny scheme as a "marketing tool" for external investors and emphasised his government wanted to help locals too.