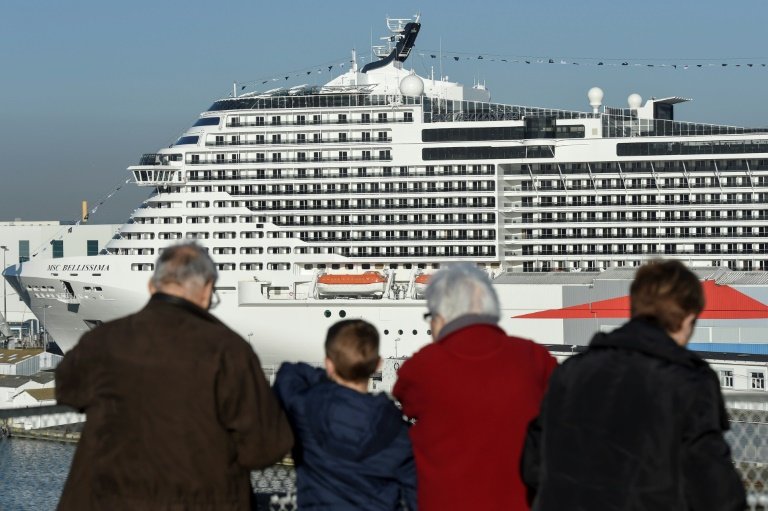 Several major companies made announcements on the eve of the "Choose France" event, designed to attract more foreign businesses -- despite the country's strikes and weekly anti-government protests.

US giant Coca-Cola and its bottling operation announced Sunday that it planned to invest up to a billion euros in france over five years.

Macron and Coca-Cola's chief executive James Quincey would discuss the plan Monday at the Choose France forum, said a statement from the company.

In addition to that investment, MSC has also signed a memorandum of understanding for a further investment that could be worth another four billion euros.

And pharmaceuticals giant AstraZeneca said Sunday it would be investing more than 450 million euros over five years in France, much of at its site in Dunkirk.

The Anglo-Swedish company, which already employs around a thousand people in France, would be recruiting around a hundred more people, it said.

Macron will receive more than 200 business leaders from France and abroad in the grand surroundings of the Chateau of Versailles near Paris on Monday to facilitate more deals and to talk up their country as the place to do business.

And the timing, on the eve of the World Economic Forum (WEF) at Davos, Switzerland, maximises the chances that the major players will be available.

"Health, transport, banking, food and agriculture, telecommunications, digital... There are advertisements across the country, in every sector and for every kind of job," Macron said in a statement ahead of the meeting.

"For us, it's an element of regional planning," he added.

A number of unions involved in the current long-running industrial action protesting the government's plans to reform the pension system have already said they will also be there, to get their message across.

France is the second most popular European destination for foreign investors -- behind Germany, but ahead of Britain.

Between 2017 and 2019, its attractiveness as a business destination rose in the WEF rankings from 22nd to 15th in the world -- the biggest improvement among the top 20 countries, the president's office said.

Figures from the prime minister's office show that direct foreign investment in French business grew by more than five billion euros -- 20 percent -- in 2018. The year 2019 looked set to have broken records, they added.