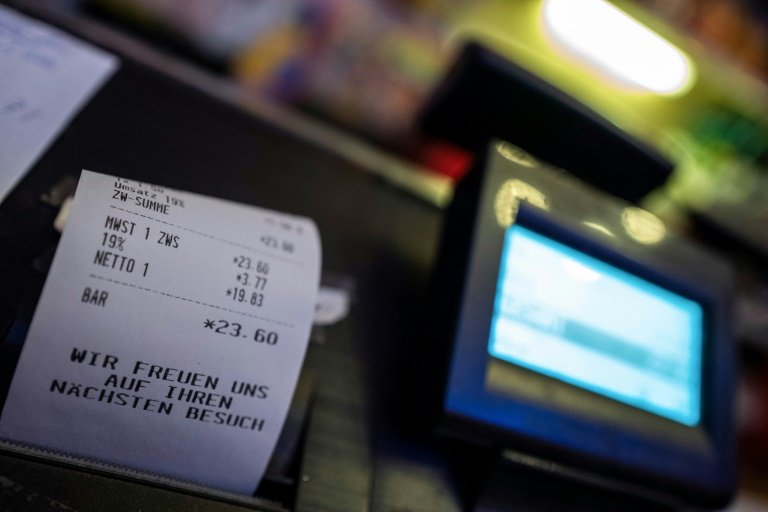 In January it became law in Germany that retailers must print a receipt for every last transaction in a bid to fight tax evasion, but shopkeepers, customers and industry groups are already bucking against the scheme.

"Small shops' cash registers already have electronic chips that tax officials can read any time. Why should we go back to the old system?" asked Christian Koch, owner of Hammett, a specialist crime novel shop in Berlin.

Even bakers selling rolls for a few dozen euro cents each must now print a receipt for every transaction -- even when their customer doesn't want one.

With their high numbers of small sales each day now generating reams of unwanted documentation, bakeries and snack stands are especially outraged by the change in the law.

"I've already emptied this once," said a worker at Frankfurt sausage stand "Best Worscht in Town", pointing to a bin overflowing with discarded slips of paper during the busy lunch hour trade.

"It's a really stupid idea for the environment."

Obligatory receipts were voted through in 2016, but the law slipped under the public radar until shortly before it came into effect on January 1.

Economy Minister Peter Altmaier asked Finance Minister Olaf Scholz to give up on the plans, especially because receipts printed on thermal paper cannot be recycled.

Since then, retailers' federation HDE has also written to Scholz, asking him to exempt businesses that issue more than 500 receipts per day on average. 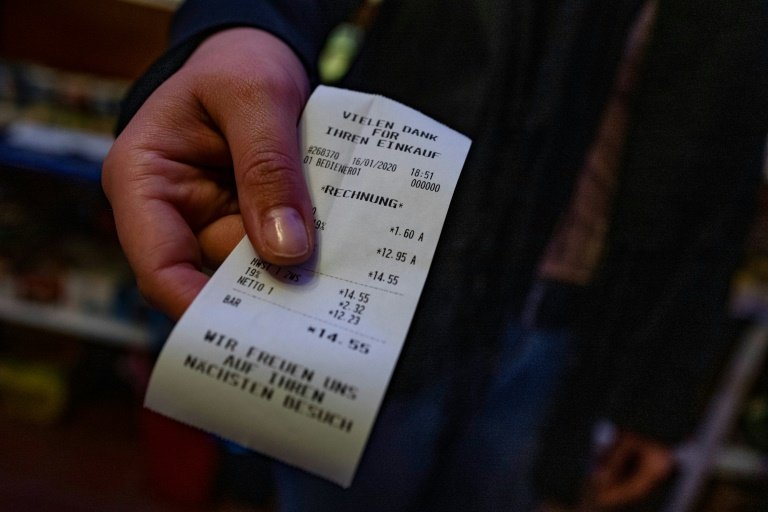 "That's one receipt per minute for a shop open nine hours a day," the group said in the document, seen by AFP.

Until now Scholz has resisted all such calls, saying the fight against tax evasion -- estimated at around 10 billion euros by tax officials -- must include preventing shops and restaurants from failing to record transactions properly.

"I don't think small shops are really trying to get out of paying their taxes," said Sarah, a shopper at Hammett.

"They should worry more about people like Amazon, make them pay their taxes in Germany," she added.

German authorities hope to tighten their grip on money flows through businesses where a large proportion of payments happen in cash, making them more open to tax fraud.

In Berlin, retailers are legally required to install tamper-proof cash registers by October, and many have yet to make the switch.

That represents a "prohibitive" cost for retailers, especially those like a chain of bakeries with 30 or 40 branches, for example, it added.

The finance ministry retorts that Austria, Italy, Portugal and other European countries get along just fine with obligatory receipts.

But the HDE notes that France plans to gradually phase out the requirement -- except in cases where customers explicitly request a paper record.