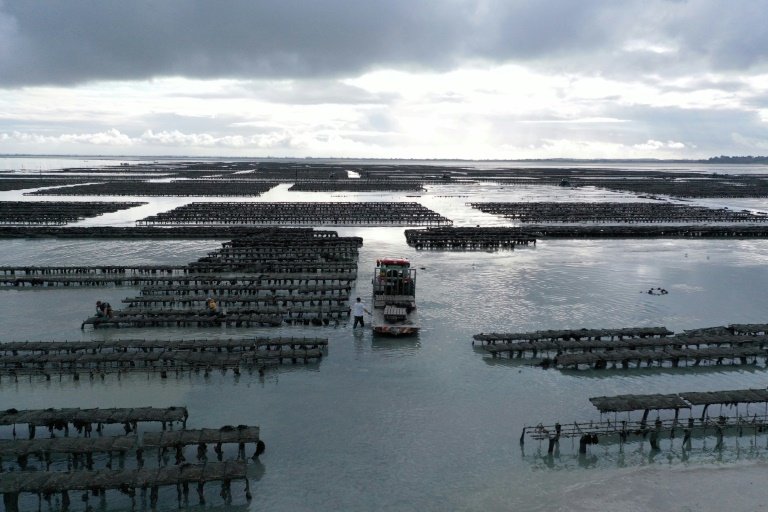 Several oyster farmers along France's Atlantic and Mediterranean coasts have been forced to halt sales since December after their sites were contaminated by the highly contagious norovirus, which they blame on overflowing sewage treatment plants.

Authorities ordered the suspensions at 23 of the country's 375 designated fields, and recalls of affected oysters as well as mussels and clams, after tests revealed the virus, which can cause severe vomiting and diarrhoea.

The move came just before the year-end holidays, when oysters are a traditional delicacy on millions of French tables.

"The oysters are not sick. They're carrying the virus because it's in the water they are constantly filtering," Philippe Le Gal, president of France's national shellfish council (CNC), told AFP this week.

"They were in the wrong place at the wrong time," he said, adding the ban had prompted many people to stop eating oysters altogether.

Local officials say oyster farmers are paying the price of insufficient spending on wastewater treatment, with facilities strained to the limit even as development of coastal areas has surged in recent years.

"This was predictable -- they've kept issuing building permits even though treatment sites are already at full capacity," said Joel Labbe, a senator for the Morbihan region in Brittany.

Oyster farmers are demanding compensation, and a delegation met with agriculture ministry officials in Paris last week warning that more than 400 businesses had been impacted by the sales ban.

This week, angry growers dumped trash bins full of oysters and mussels in front of the offices of the regional ARS health authority in Montpellier over the decision to halt sales from a nearby basin on the Mediterranean coast.

"We're the victims, and we shouldn't have to suffer any financial damages," Le Gal said.