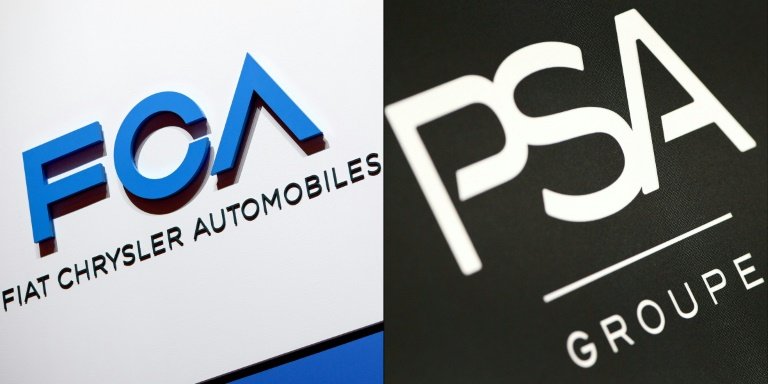 The merger would produce the fourth-largest automaker / © AFP/File

The supervisory board of French carmaker PSA on Tuesday approved a mega-merger with Fiat-Chrysler to create the world's fourth-largest auto producer, a source close to their talks said.

Under the deal, shareholders in the two groups would split the capital of the merged firm on a 50/50 basis to form a global sector behemoth without any plant closures, according to the source.

"PSA's supervisory board has approved the merger agreement," the source told AFP on condition of anonymity.

PSA group, which makes the Citroen and Opel brands, for its part did not confirm the approval when contacted by AFP.

The deal is touted as creating a $50 billion entity.

The Peugeot family had unanimously given its blessing Monday.

An informed source in Italy added that the board of Fiat Chrysler Automobiles would later be meeting with a view to giving their own approval.

The board of the merged company will reportedly comprise 11 members, six from PSA and five from FCA.

The French state has backed a deal that Paris -- having earlier rejected a Renault merger with Fiat in the absence of a green light from the latter's Japanese partner Nissan -- believes will garner sufficient investment to launch electric and self-driving vehicles.

That investment is set to surpass tens of billions of dollars.

As the merger has neared fruition, Italian Prime Minister Giuseppe Conte has been calling on the two groups to "guarantee jobs and investment" at the Italian end of the equation.

With regard to future governance of the new entity, the informed source said that "the Peugeot family will be represented on the future (supervisory) board."

Peugeot was created by Armand Peugeot in 1896, who spun an embryonic auto company out of Peugeot Freres, a company dating from 1810. Fiat was launched in 1899 by businessman Giovanni Agnelli. Exor, the holding company of the Agnelli-Elkann family, is the majority stakeholder in FCA.

The merged firm will be headquartered in the Netherlands -- a choice meeting with union disdain in France -- but will remain quoted on the bourses of Paris, Milan and New York.

John Elkann, current FCA chairman and scion of the Agnelli family, will head the new board with Carlos Tavares serving as group director general.

The main shareholders in Peugeot are the family along with Chinese auto group Dongfeng and Bpifrance public investment bank.

The trio currently hold capital stakes of 12.23 percent and will convert that to around 6.1 percent in the merged entity, a family source said, adding that could rise by around 2.5 percent at a later date. 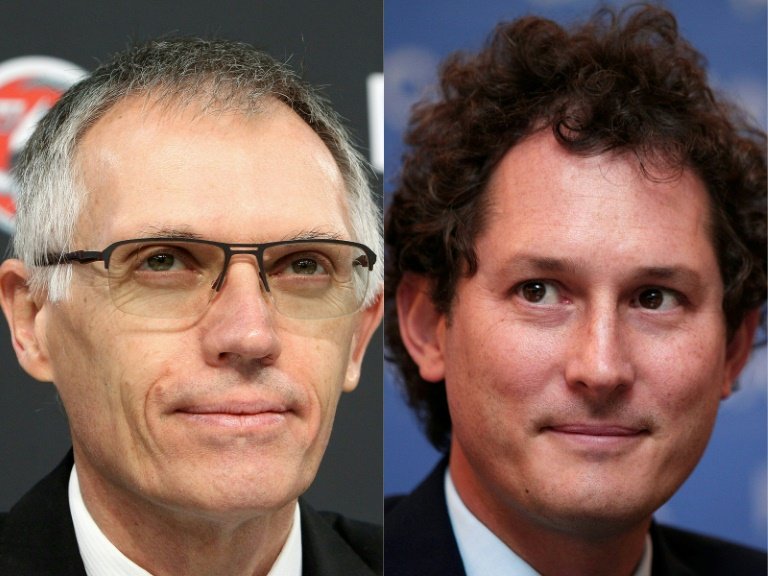 A file combination picture shows Carlos Tavares, chairman of the managing board of French carmaker PSA Peugeot Citroen and Fiat Chairman John Elkann -- they will head the new board and be group director general respectively / © AFP/File

Tavares, credited by industry experts with transforming PSA into a profitable automaker after the company came close to bankruptcy in 2013-2014, said last month said he believed there was no need to drop the marque names and reiterated that there should be no factory closures.

PSA and FCA -- whose joint sales are some 170 billion euros ($190 billion) -- say they believe they can achieve some 3.7 billion euros jointly and benefit from pooling expertise to address future challenges such as the move to electric vehicles as the industry faces up to tougher emissions standards.