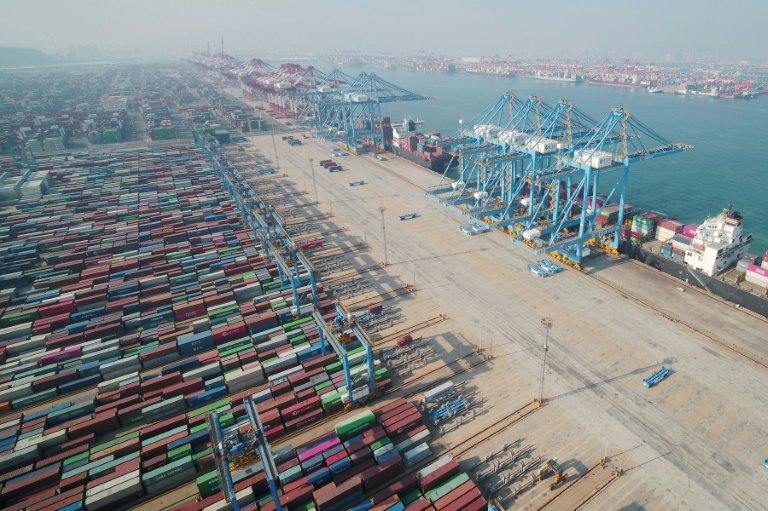 European companies in China have been able to minimise the effect from the tariff war between Beijing and Washington, although some are considering relocating their businesses, the EU Chamber of Commerce said Monday.

The world's two biggest economies have been entangled in a lingering trade war for over a year, which has weighed on the global economy and resulted in hundreds of billions of dollars in punitive tariffs slapped on two-way trade.

European companies in China "have effectively negated the tariff effects in a relatively short space of time," said the president of the EU Chamber of Commerce in China, Joerg Wuttke.

Many companies have "effectively side-stepped" the steep tariffs by rejigging their supply chains and leveraging their global corporate networks, the chamber said in a statement.

According to a survey of its members released Monday, 64 percent of respondents said they have not noticed "any change" in their business as a result of the trade war.

Another 10 percent said they were "completely affected" by the trade war.

However many European companies said they expected the trade war to be "long-lasting", and 10 percent have already changed suppliers.

At the time of the survey, another eight percent had already relocated parts of their business out of China or were planning to do so -- mainly to elsewhere in southeast Asia -- while 15 percent had delayed investment or expansion decisions because of the trade war.

This figure was up from six percent since the previous survey in January.

The report, which surveyed 174 companies in China, was completed in September and is released as China and the US continue to negotiate a way to reach a "phase one" trade deal.

In the absence of any agreement, Washington is threatening to impose 15 percent additional customs surcharges on December 15, which will apply to Chinese goods which have so far been spared, including cellphones and sportswear.