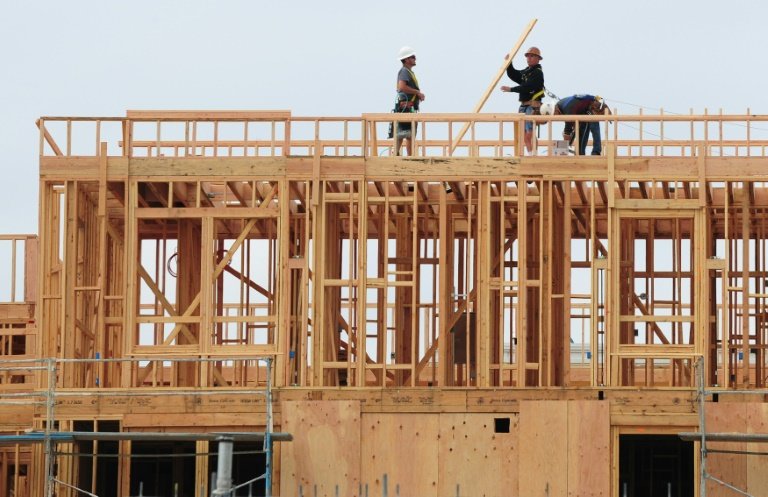 US permits to build new homes in October shot to their fastest pace since before the Great Recession, according to economic data released Tuesday.

The pace of construction also rose, led by strong gains in the West, according to the monthly Commerce Department report.

The new figures were consistent with the recent upward trend in the American housing sector, which has become a bright spot in the US economy as interest rates fall amid low unemployment and steady wage gains.

Permits for new construction, a sign of new housing supply in the pipeline, jumped five percent over September to an annual rate of 1.46 million, seasonally adjusted, surpassing analyst expectations to hit the fastest pace since May of 2007.

Construction plunged in the Northeast and was flat in the South but rose in the Midwest and West, according to the Commerce Department.

Both permits and construction were substantially above levels recorded in October of last year, when home construction suffered a bout of weakness amid natural disasters and falling confidence among home builders.

The results were nevertheless well within broad margins of error and officials warn that trends may not be apparent for three to six months.

The construction, sale and financing of homes are major drivers of the US economy, generating demand for labor and materials, retail sales, brokers' commissions and financial services activity.

Permits for single-family homes have been rising for six months in a row, pointing to a recovery in expectations among builders that -- despite a slowing economy and drawn-out trade war with China -- Americans will be able to continue buying new homes.

"This report shows broad-based strength in housing construction at the start of the fourth quarter with strong gains in both single-family and multi-family activity," RDQ Economics said in a client note.