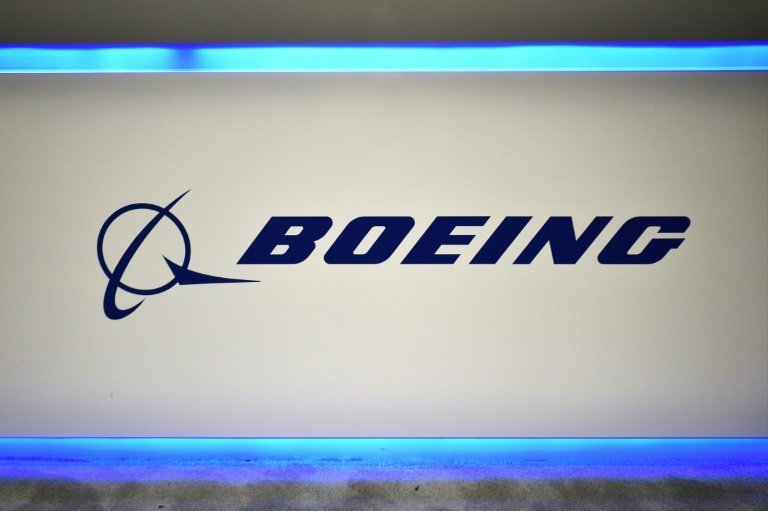 Boeing's 737 MAX got a boost Tuesday with confirmation of new orders for the still-grounded plane, but a fresh lawsuit connected to the development of the troubled aircraft poses another challenge for the company.

The aviation giant, which has been in crisis mode since March after the MAX was grounded following a second fatal crash, said it obtained a "firm" order with an unnamed airline for 20 of the 737 MAX planes for $2.3 billion.

The announcement follows an order for 10 MAX planes by Turkey's SunExpress announced Monday at the Dubai Airshow, and a letter of intent Tuesday from Kazakhstan’s Air Astana for 30 aircraft.

Analysts said the new contracts are a vote of confidence in Boeing, but uncertainty over when the MAX will return to service continues to hang over the company, after the crashes of the Lion Air and Ethiopian Airlines flights that killed 346 people.

The latest sales announcements are "welcome news for Boeing and an endorsement of the MAX," said Scott Hamilton of Leeham News, a publication specializing in aviation.

But he added, "The worst won't be behind Boeing until the FAA recertifies the airplane."

Michel Merluzeau at AirInsight Research said the orders show Boeing is "on a better path," but that "recertification remains a big question mark."

But the schedule for returning the aircraft to the skies has slipped several times, as regulators have raised fresh questions about upgrades, and as the company and the Federal Aviation Administration have come in for scrutiny on the MAX.

Boeing last week pushed back the expected date for resuming flights by one month to January 2020.

Last month, Boeing Chief Executive Dennis Muilenburg endured two days of bruising congressional hearings at which lawmakers accused the company of cutting corners on safety to rush out the MAX to compete with an Airbus model.

The probes have centered on a Boeing flight handling system, the MCAS, that has been implicated in both crashes.

Adding to the list of worries was a shareholder lawsuit filed in Delaware Chancery Court by the Kirby Family Partnerships that names Muilenburg.

The suit alleges Boeing directors missed numerous red flags during the development of the 737 MAX, according to a Bloomberg report.

A Boeing spokesman declined to comment on the suit.

The company also faces numerous lawsuits from victims' families in US federal court.

Aviation industry sources said Boeing offered favorable terms to the carriers to secure the agreements to purchase the new aircraft.

"We are honored that our valued customers continue to place their trust and confidence in Boeing, our people and our supplier partners," said Ihssane Mounir, senior vice president at Boeing.

The airline behind the order announced Tuesday will be disclosed at a later time by the customer at a formal announcement in the carrier's home market, a Boeing spokesman said

The SunExpress order, which amounts to 10 MAX planes for $1.2 billion, marked the first firm orders for the plane in eight months.

Before this week's agreements, the last sale was in June, when Boeing secured a letter of intent from British Airways parent IAG to buy 200 of the planes.

And he noted that for airlines, picking Airbus over Boeing could add three or four years to delivery times because of capacity constraints at the European company.

Meanwhile, Boeing is scheduled on Wednesday to meet with Southwest Airlines to update the carrier on the situation, a Southwest spokesman said. The US airline has the most planes of any carrier with 34.

Separately Tuesday, the National Transportation Safety Board issued new safety recommendations after an investigation into an April 2018 incident on a different Boeing aircraft -- the 737 NG -- in which a woman was killed after she was partially sucked out of a damaged window.

The Southwest Airlines flight made an emergency landing after a left engine failure due to a fan blade fracture, which broke one of the windows.

The agency recommended the FAA a redesign of the engine covering to prevent a broken fan from causing such damage.

A Boeing spokesman said the company was working on enhancements of the fan design, but said all 737 NG planes are safe to operate.

The FAA said it has stepped up inspection requirements on fan blades since the Southwest incident and that it would review the NTSB recommendations.