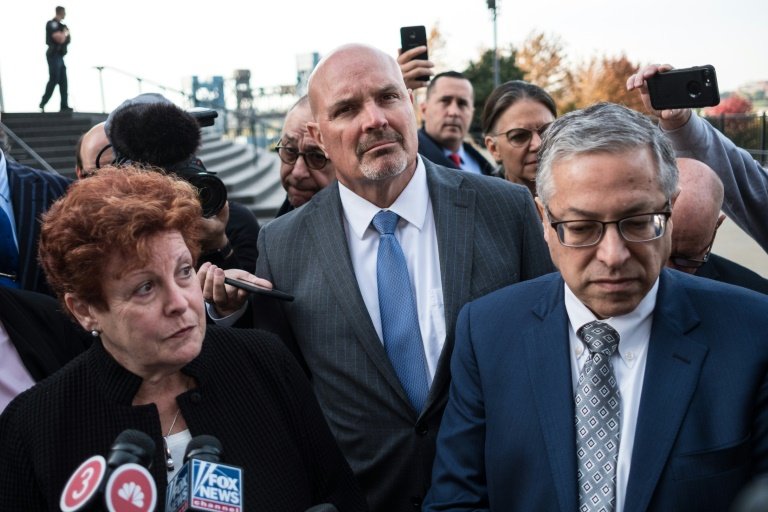 Three leading American drug distributors and an Israeli drugmaker blamed for a deadly US opioid epidemic settled a bellwether civil lawsuit with two Ohio counties Monday, just hours before they were to go on trial, a federal judge announced.

The $260 million deal set the basis for a broader multi-billion dollar potential payout to some 2,700 addiction-ravaged communities nationwide who had signed on to the Cleveland lawsuit, the first in a federal court to address the causes of the crisis.

The suit by Ohio's Summit and Cuyahoga counties was set as a model for the rest of the country, where communities have been seeking funds to address the massive fallout from the crisis.

The addiction epidemic has placed huge burdens on hospitals and emergency services, and on families supporting addicts and caring for children with addicted parents or parents who have died.

Talks for a broader $48 billion package for all the plaintiffs broke down Friday amid differences between some states and smaller communities over the total value and how the money would be distributed. 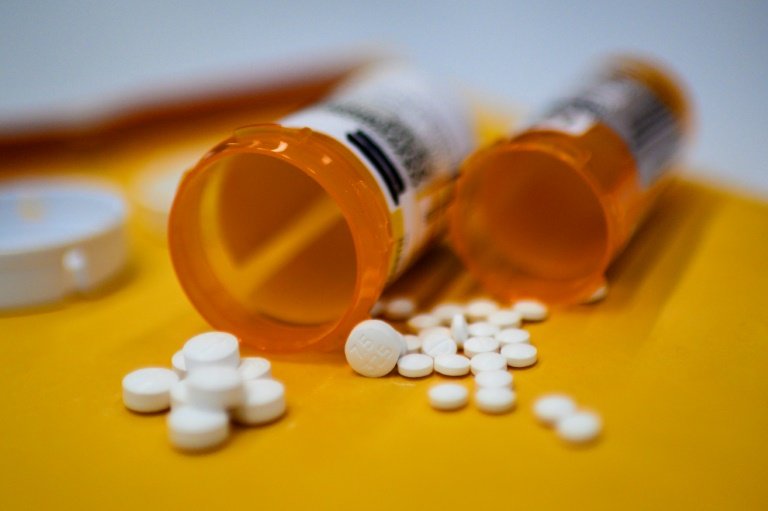 - Hundreds of thousands of deaths -

A trial would have examined allegations that the makers of the prescription painkillers and pharmaceutical distributors pushed billions of pills into communities without due care over two decades, making it excessively easy for patients to become addicted and creating a permanent demand. 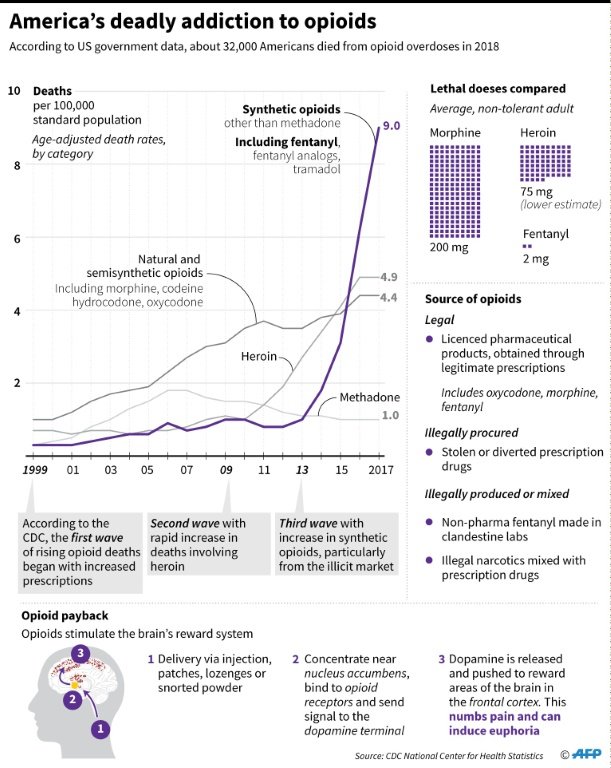 The companies reaped tens of billions of dollars in profits while overdose deaths soared above 400,000 over two decades -- more than 70,000 in 2017 alone.

Plaintiffs had amassed large amounts of evidence showing that the companies knew they were fomenting an epidemic of addiction.

Lawyers had brought in addicts and family members of addicts to testify how they had quickly become addicted to the easy-to-obtain, overprescribed painkillers.

"Cuyahoga County has seen thousands of people die over the last several years. It's a tragedy. Summit County is no different," said Cuyahoga prosecutor Michael O'Malley.

"Our hearts go out to the families who have been touched by this," said Ilene Shapiro, the chief executive of Summit County.

"Whatever we can do to help these families rebuild and get as healthy as they can and move foreward is what we are trying to do."

- Not a global settlement -

Joe Rice, of the MotleyRice law firm, which represented Summit County, said the settlement could act as a template for the rest of the communities who signed onto the suit.

"We now know how this industry worked," he said. "We still need a global settlement... I think the model is there," he said.

"But we're a long way from being through."

Johnson & Johnson had previously broken away with its own settlement, a $20.4 million deal with the two Ohio counties, which encompass the cities of Cleveland and Akron.

That came after Johnson & Johnson was ordered in August to pay $572 million to compensate Oklahoma state.

Polster, the judge presiding over the case, had pressured all sides for months to come to a deal to avoid a grinding, lengthy trial.

But the parties could not come to an agreement on a proposed settlement valued at $48 billion, including $18 billion in cash, after meetings on Friday.

A study released this week estimated that the opioid epidemic cost the US economy at least $631 billion from 2015 to 2018.

The Society of Actuaries report projects that for this year alone the cost could be $172-214 billion.

Nearly one-third of the 2015-2018 costs was in health care spending for addicts and infants born to addicts.

Some 40 percent was for the costs of early deaths, and the rest was for child and family care programs, criminal justice and lost productivity.