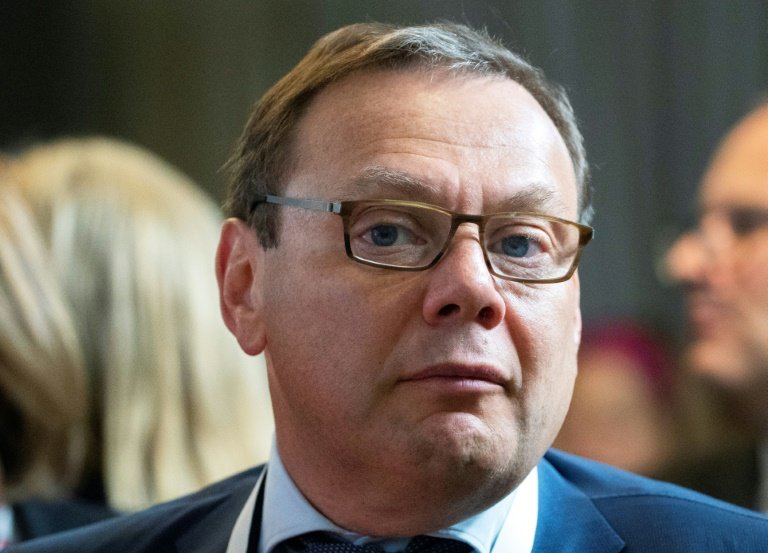 Mikhail Fridman, who has Russian, Ukrainian and Israeli nationality, has been listed as London's richest resident / © POOL/AFP/File

One of Russia's most powerful tycoons, Mikhail Fridman, appeared in Spain's top criminal court for questioning on Monday over allegations he artificially depressed the value of a Spanish takeover target.

Fridman, who has Russian, Ukrainian and Israeli nationality, is suspected of secretly working to engineer the collapse of Spanish digital entertainment firm Zed Worldwide in order to take it over after the company declared bankruptcy.

Spain's National Court summoned Fridman to appear for questioning at a pre-trial hearing in Madrid as a person under investigation.

In a statement issued after the hearing, Fridman said he had played "no role in Zed's insolvency".

The tycoon, who is reportedly close to the Kremlin, was listed by Forbes this year as London's richest resident, is also one of the founders of Alfa Bank, Russia's largest privately-held lender.

Spanish prosecutors accuse Fridman of being behind "a series of actions which brought about the insolvency of Spanish firm Zed Worldwide... in order to acquire it at a derisory price, far lower than its market value".

In a submission to court, they described the alleged attack on Zed Worldwide as a "raid" using techniques "typically used by the Russian mafia" in order to illegally take over a firm.

Founded in 1998 in Madrid, Zed Worldwide developed and sold valued-added services for mobile telephone operators. It made a fortune with premium SMS services and Commandos, a real-time military tactics video game.

Fridman became one of the company's main shareholders and well as one of its main creditors.

Then in 2014, telecoms firm Vimpelcom, which is also controlled by Fridman, abruptly cancelled or changed its contracts with one of Zed Worldwide's Russian subsidiaries, depriving it of significant revenues, prosecutors say.

Those contracts had boosted Zed's revenues to such an extent that it planned to list on Nasdaq, securing a 140-million-euro ($157-million) loan in 2013, some of which came from a bank controlled by Fridman, prosecutors say.

They claim Fridman and Vimpelcom, which is now known as Veon, "knew it would be impossible (for Zed) to honour this loan if there was a significant reduction in revenue from the Russian market".

As a result, Zed Worldwide filed for bankruptcy protection in June 2016, and four months later, entrepreneurs close to Fridman made a 20-million-euro purchase offer -- which was "much less than its value when the obstructions began," they say.

In a document sent to the court, Fridman's lawyers said their client "is not nor has ever been a director neither legally nor in fact" of the companies accused of deliberately driving down Zed's market value.

But prosecutors argued in their submission that Fridman "hides his control of criminal activities behind subordinates".

Investigators have analysed "a series of WhatsApps and emails that show that Fridman was aware of everything that was happening," Grinda told AFP.

The case was opened when Zed founder Javier Perez Dolset filed a criminal complaint alleging there was a strategy to seize his company.

But he himself ended up being indicted on separate charges of fraud, a fact which Fridman has pounced on, accusing Dolset of making up "a conspiracy theory".

In the statement he issued on Monday, Fridman said he regrets that "false documents brought by Mr.Dolset were used to legally implicate him" in the case.