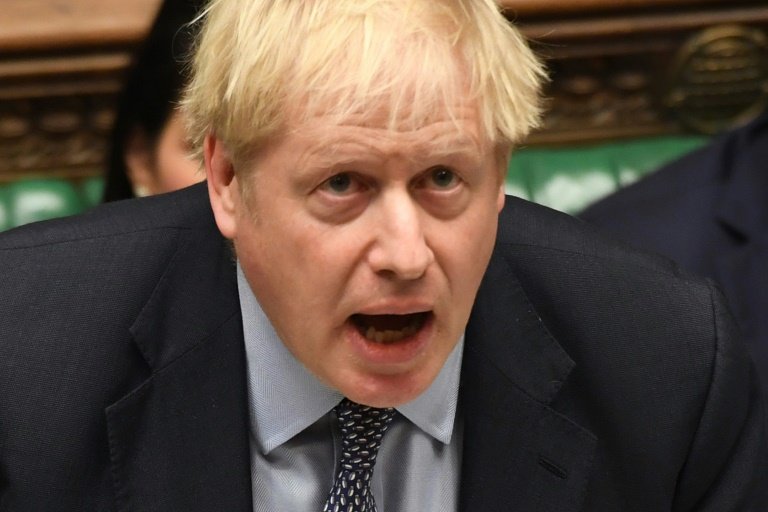 The pound touched a fresh five-month peak above $1.30 on Monday on renewed Brexit optimism after Prime Minister Boris Johnson requested another extension to Britain's scheduled departure from the European Union.

At about 1230 GMT, the pound reached the highest level since May at $1.3013. But it pulled back after the speaker of Britain's House of Commons refused to hold another vote on Johnson's Brexit plan on Monday.

"As should come as little surprise to those who follow John Bercow, the speaker of the house has announced that there will be no meaningful Brexit vote today," said David Cheetham, chief market analyst at XTB online trading firm.

"However, he was also keen to state that it was legitimate for the government to introduce its EU withdrawal bill and as such we can expect the key vote to take place tomorrow," he added.

"There is a growing expectation that this bill will pass tomorrow and therefore we could be set for further upside in the pound," said Cheetham.

In New York, Wall Street stocks gained as US officials maintained they were on track to seal a partial trade deal with China.

President Donald Trump told reporters in Washington that work committing the agreement to paper was on track and that he and Chinese counterpart Xi Jinping would likely sign it next month.

"There is optimism on the trade front," said Adam Sarhan of 50 Park Investment.

Among companies reporting so far, 84 percent of the S&P 500 have topped estimates for earnings per share, according to FactSet.

But Boeing's travails weighed on the Dow Jones Industrial Average. The company fell 3.8 percent after US regulators accused it of failing to disclose embarrassing internal communications about a flight system implicated in deadly crashes.

Both UBS and Credit Suisse downgraded the company.

In Asia, equity markets mostly rose but there was little major movement in reaction to China's top trade negotiator Liu He saying at the weekend that Beijing and Washington had made "substantial progress" towards wrapping up a partial trade deal announced earlier this month.

The deal offered China a temporary reprieve from tariffs planned for mid-October, while Beijing said it would hike purchases of US agricultural goods.

But it did not roll back any of the duties already imposed on hundreds of billions of dollars in exports to the US, nor address another round of levies due in December.