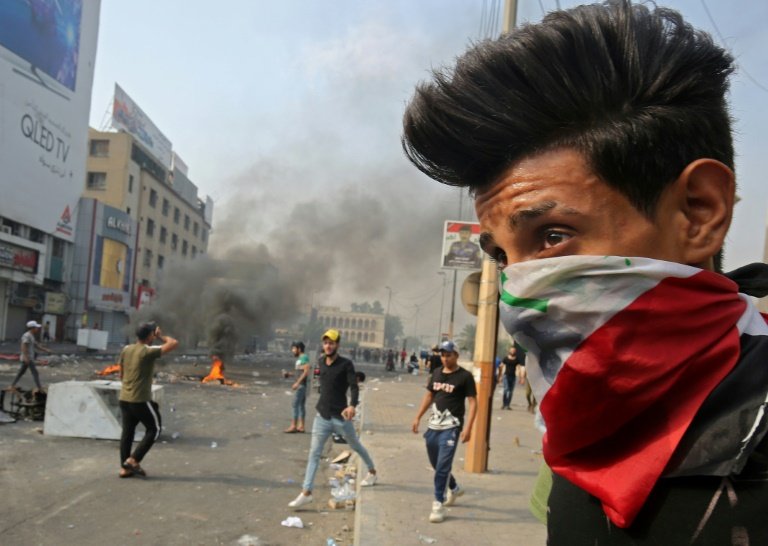 The internet was down across most of Iraq on Thursday, the third day of protests called for on social media, with a monitor saying "intentional restrictions" by major providers caused the near-blackout.

Iraqis protesting in the capital and southern cities have struggled to communicate with each other or post footage of the chaotic demonstrations since Wednesday.

Restrictions were first limited to some social media sites but were expanded later Wednesday, leaving Iraq "largely offline," according to cybersecurity monitor NetBlocks.

By Thursday morning, approximately three quarters of the country including the capital Baghdad was disconnected after major network operators Earthlink, Asiacell and Zain "intentionally restricted" access, a NetBlocks study found.

The north, including the autonomous Kurdish region, is connected to the web through a different system and was therefore unaffected by the blackout, it said.

Those outages followed a similar pattern: social media was unavailable at first before a wider internet blackout across the entire country.

No Iraqi authorities have commented on the blackout.