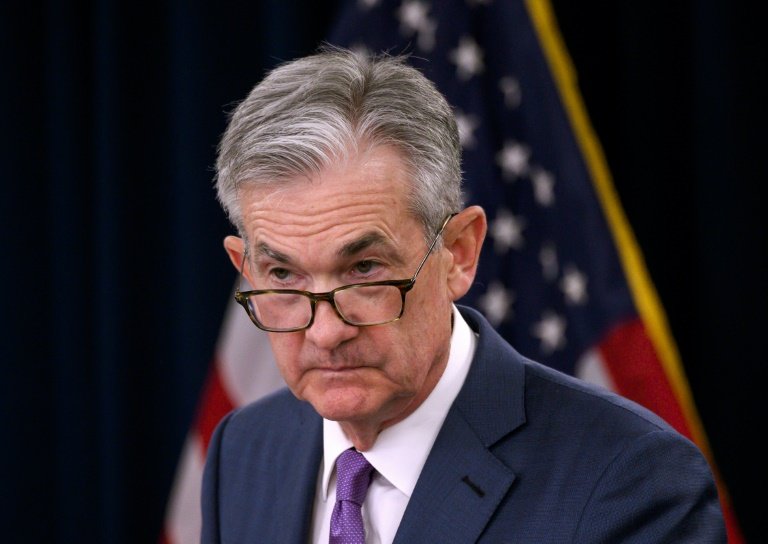 The US Federal Reserve is poised to deliver the year's second interest rate cut on Wednesday but a glitch in critical financial plumbing for the US economy is casting a shadow over the deliberations.

With the second day of the policy meeting underway, the central bank again had to inject funds into the US financial market amid a cash crunch that threatened to push short-term interest rates to break out of the Fed's target range.

US Federal Reserve Chairman Jerome Powell has sent strong signals in recent weeks that a rate cut is coming, vowing that policymakers stand ready to "act as appropriate" amid "significant risks" to the economy -- notably President Donald Trump's trade wars.

The decision is due at 1800 GMT, but in his press conference following the announcement Powell likely will be asked to explain the moves by the New York Federal Reserve Bank to pump funds to the market for the first time in more than a decade.

The last time was at the start of the 2008 financial crisis.

The New York Fed on Wednesday stepped into markets but unlike the so-called repo operation on Tuesday, when only $53 billion was used of the $75 billion offered, the latest operation was short of the $80 billion requested.

The aim is to keep the overnight lending rate in the Fed's target range of 2.0 to 2.25 percent.

Liquidity on short-term financing markets began to dry up due to a host of conditions, including a surge in Treasury debt issues from accelerated government borrowing and quarterly corporate tax payments.

Banks can meet the Fed's cash reserve requirements by borrowing, using the repurchase agreements in which short-term loans are collateralized with assets such as Treasury bills or mortgage-backed securities. 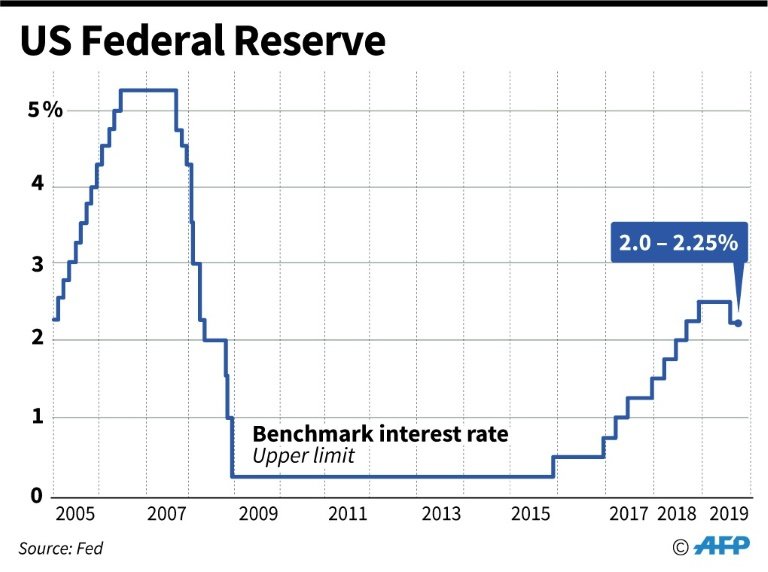 Economist Jim O'Sullivan of High Frequency Economics said the cash crunch was "related to the timing of Treasury issuance and quarterly tax payments."

He cautioned that the pressures "are likely to be more frequent as the amount of bank reserves keeps shrinking and Treasury borrowing keeps rising."

As a result, "calls for the Fed to introduce a standing repo facility are likely to increase," O'Sullivan said in an analysis.

The Fed cut the key policy rate in July for the first time in more than a decade, after four rate hikes last year, as the trade war with China clouded the US outlook and threatened to undermine growth.

But economic data in recent weeks has complicated the picture, showing firming inflation along with rising wages and consumer spending, prompting some to say fears for the world's largest economy may be overdone.

US home construction in August hit a 12-year high, fueling a key driver of economic growth, according to government data released Wednesday.

And the Fed reported Tuesday that US manufacturing, which had been hit hard by Trump's trade wars, had recovered somewhat in August, driving US industrial output up more than economists had expected.

Ian Shepherdson of Pantheon Macroeconomics said he is less "dovishly inclined" than many FOMC members, and private economists, but still sees another rate cut later in the year as likely.

But in an analysis he noted "policymakers are as much in the dark as anyone when it comes to future developments in the trade war... they don't know what will happen."

Shepherdson and other economists expect at least two Fed officials to again dissent in the vote to cut the benchmark borrowing rate.