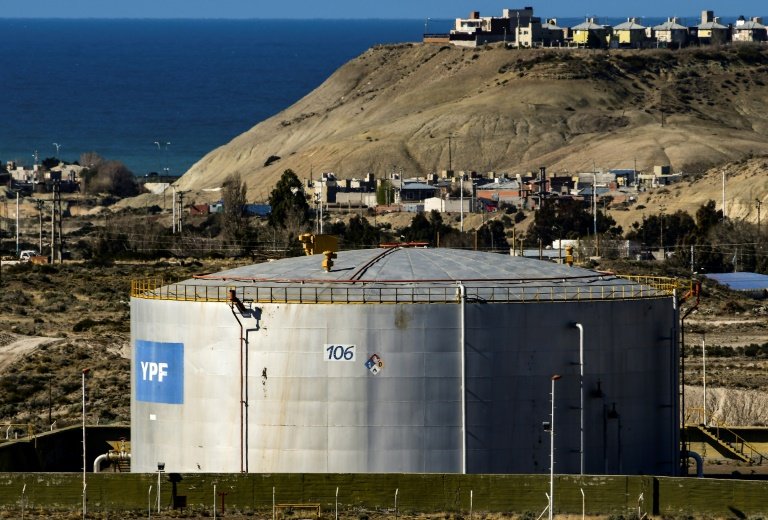 An oil storage facility of Argentinian state-run energy company YPF in Comodoro Rivadavia, in the Patagonian province of Chubut / © AFP

Shuttered schools, hospital services pared back to a minimum, officials on strike -- Argentina's southern oil-producing province of Chubut is a microcosm of the country's crippling economic crisis.

The debt-burdened Patagonian province is suffering the same explosive cocktail of galloping inflation, a plummeting peso and colossal debt.

Public servants in the country's oil hub, whether teachers, doctors, judges or police, are no longer paid on time.

"I don't know when this is going to end," said an exasperated Yael Matos, a teacher in the provincial capital Comodoro Rivadavia, 1,800 kilometers (1,120 miles) south of Buenos Aires.

Matos is one of Chubut's 60,000 civil servants who have yet to receive their salary for August. 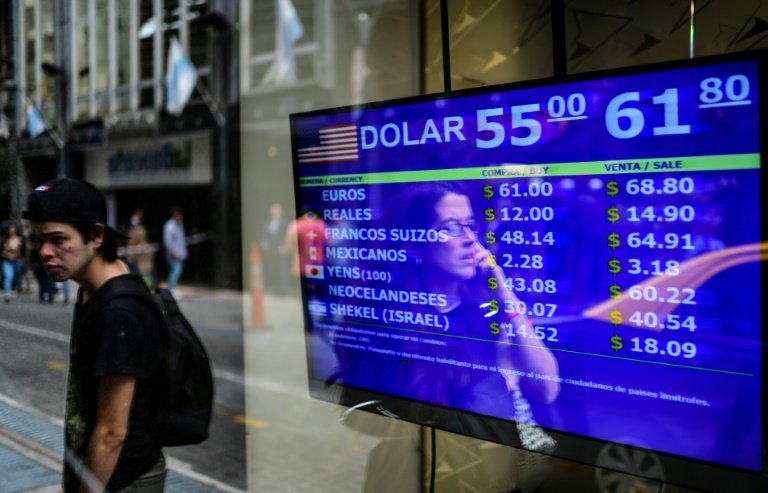 "We don't have a payment date, we were supposed to receive our salary today, but that didn't happen," she told AFP.

On a classroom blackboard, the date "August 1" is scrawled in chalk, marking the last day of classes before a teachers' strike now stretching into its ninth week.

"There is empathy from society," says Matos, who admits that the school year -- which in the southern hemisphere runs from March to December -- is all but lost. 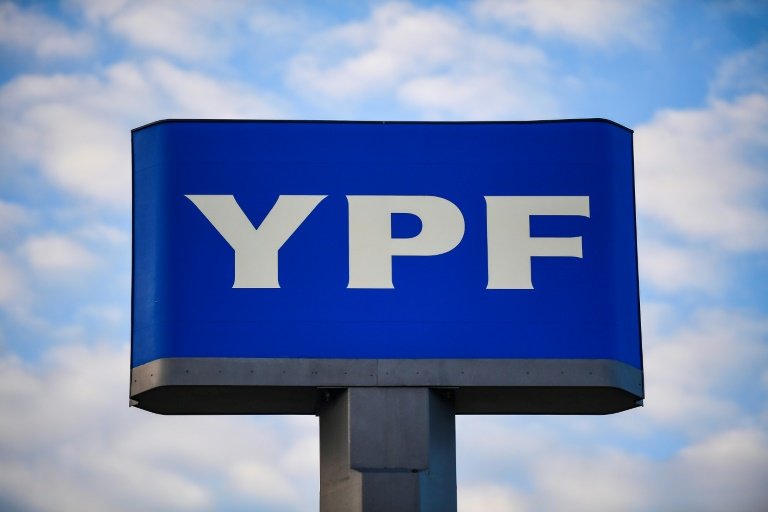 Healthcare is among the frontline public services to suffer in Chubut, with skeletal staffing levels at the Comodoro Rivadavia regional hospital, where around a thousand staff are on strike.

Staff complain about a lack of clean sheets for patients, and supplies of IV bags pile up in the hallways unattended. Only one elevator works; the other collapsed a few years ago and the shaft is now blocked off with wood.

"You have to calculate when you get sick, it's grim," said Gladys Diaz of the hospital's mental health department.

In the morgue, autopsies have been curtailed due to a shortage of supplies.

"This hospital has no income, no supplies, no infrastructure," said Diaz.

"We don't get our salaries, or any increases. All we want is to be paid for the work we do," said Anita Fernandez, a warehouse clerk at the hospital. 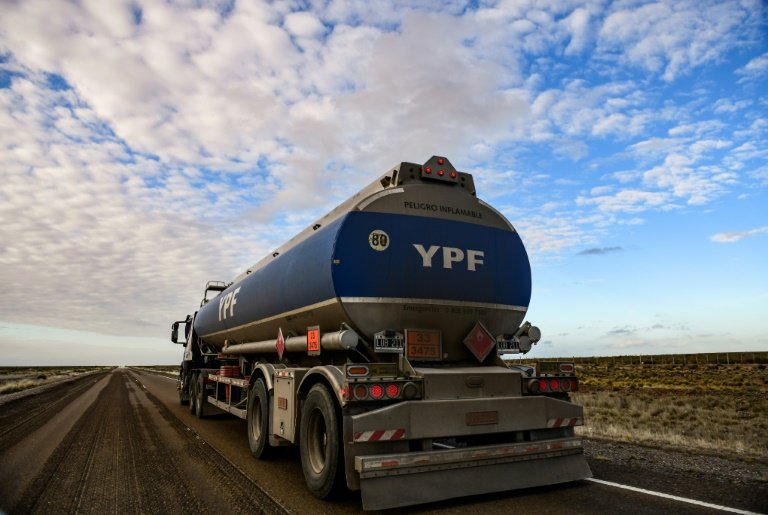 Oil hub Comodoro Rivadavia, in the Patagonian province of Chubut, is bearing the brunt of Argentina's economic crisis / © AFP

In the city, where state oil company YPF was founded in 1922, the decline in commercial activity is palpable.

"People can't pay because they are not being paid themselves," says Maria, a sales assistant in a store.

"The industry has suffered a reduction of between 30 and 40 percent," said David Klappenbach of the Petrolero Jerarquico trade union.

Chubut, with a population of nearly 600,000, produces 30 percent of Argentina's oil and 50 percent of its natural gas.

Some 18,000 workers are employed in 17 firms exploiting its natural resources.

Klappenbach says the region has also lost out to the giant Vaca Muerta shale gas deposit in neighboring Neuquen province, where the government has invested heavily.

In much the same way as the country's center-right President Mauricio Macri sought a $57 billion bailout from the International Monetary Fund, Chubut availed itself of a $700 million loan it has been unable to repay.

Chubut is now the province with the highest debt per capita -- as 80 percent of its debt is in dollar bonds in a country whose peso currency has depreciated by more than 65 percent since the beginning of 2018.

"Revenues did not fall so much, but the expenses increased 80 percent in the first half of 2019 in relation to the same period the previous year, and a large part is due to servicing the public debt," said Facundo Ball, director of the economics faculty at the National University of Patagonia.

Nearly 70 percent of its oil revenue goes towards debt repayment.