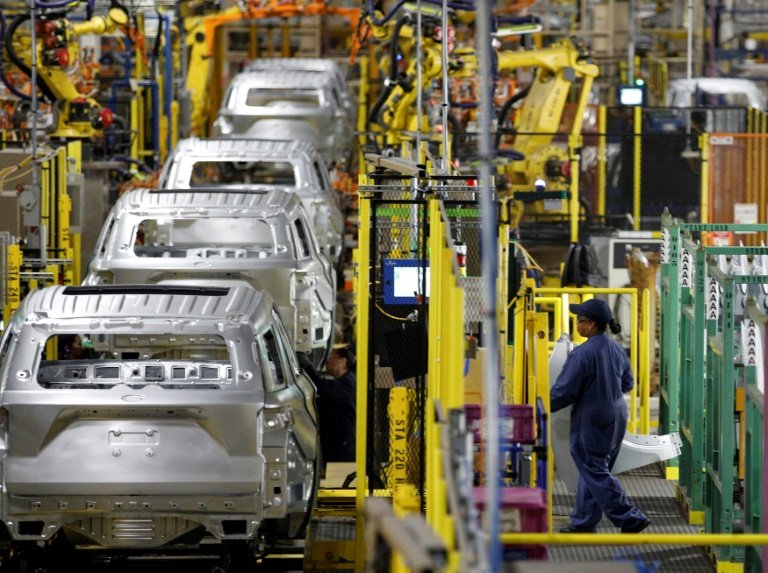 Manufacturing was a major driver of the recovery, with solid gains across many sectors -- with the notable exception of autos / © AFP/File

US industry posted its biggest output gain in a year in August, pushed by big rebounds in manufacturing and mining, the Federal Reserve reported Tuesday.

Manufacturing was a major driver of the recovery, with solid gains across many sectors -- with the notable exception of autos -- but output is still down compared to the same period of last year, according to the data.

American industry has been hurt by the trade war with China, which has created uncertainty that has put the brakes on business investment. Key private manufacturing surveys have reflected the slowdown.

However, analysts cautioned that the upbeat figures -- which come as the Fed's policy board is meeting to decide whether to cut lending rates again to boost the economy -- are inflated and will not last long.

The Fed's industrial production index jumped 0.6 percent compared to July, the largest increase since August 2018, the report said. That far exceeded the consensus forecast among economists.

"Factory output has increased 0.2 percent per month over the past four months after having decreased 0.5 percent during the first four months of the year," the Fed said.

Mining, including oil production surged 1.4 percent, erasing the decline in July when oil extraction in the Gulf of Mexico was hit by Hurricane Barry.

Manufacturing jumped 0.5 percent, after declining nearly the same amount in July, but is still 0.4 percent below production in the first eight months of 2018.

Output of durable goods posted healthy gains, especially metals and metal products, machinery and wood products, but motor vehicles and parts slumped one percent, according to the report.

However, the picture for the year-to-date is flipped, with auto output still solidly positive, and durable goods production in decline.

"Production was boosted by two one-time factors," he wrote in an analysis, pointing to the oil recovery as well as calendar quirks that boosted the manufacturing numbers.

"Manufacturing is in recession, with no relief in sight," he said, warning that "the trade war now is the key problem for the sector, and we think a comprehensive deal with China is unlikely before next year's US election."

The autoworkers strike at General Motors that began over the weekend is likely to drag vehicle production lower in September as well.

Meanwhile, erratic utilities output slowed sharply in August, increasing by 0.5 percent compared to July, but is down 0.7 percent from a year earlier.

Industrial capacity in use jumped four tenths to 77.9 percent.