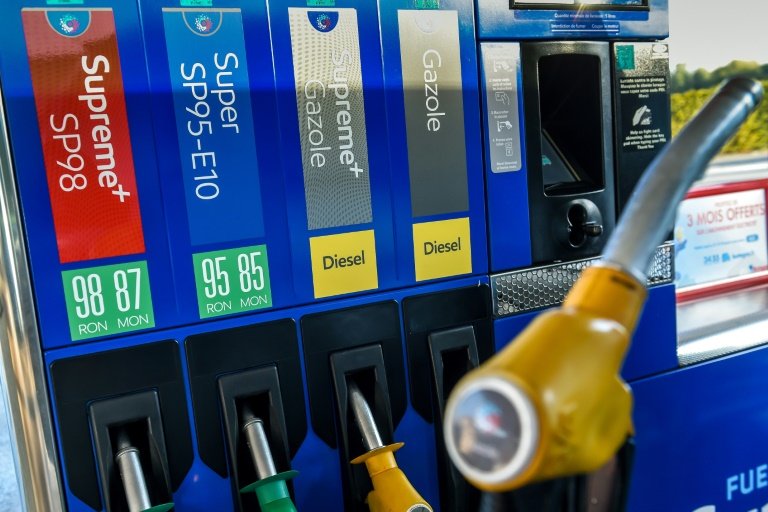 In the face of soaring crude prices, oil consuming and producing nations essentially have two options to help absorb the shock -- tapping emergency reserves or, in the last resort, pumping more oil.

What are emergency oil reserves?

In order to ensure energy security, the International Energy Agency -- which was set up after the 1973 oil crisis -- imposes on its members an obligation to hold emergency oil stocks equivalent to at least 90 days of net oil imports. These stocks are either controlled directly by the state or by private companies.

The IEA said Monday that it was "monitoring the situation in Saudi Arabia closely. We are in contact with the Saudi authorities, as well as major producer and consumer nations. For now, markets are well supplied with ample commercial stocks."

Outside the IEA, China -- the biggest importer of crude and a huge energy consumer -- holds emergency oil stocks equivalent to 40-50 days of its net oil imports, according to figures quoted by Chinese state media.

Who can use them?

"Based on the attack on Saudi Arabia, which may have an impact on oil prices, I have authorized the release of oil from the Strategic Petroleum Reserve, if needed, in a to-be-determined amount," US President Donald Trump tweeted on Sunday, following an attack on Saudi facilities that wiped out half the country's output.

Stored in a complex of four underground sites along the coasts of Texas and Louisiana, the Strategic Petroleum Reserve amounted to 645 million barrels of oil, according to the US Energy Information Agency. That is equivalent to 275 days of the country's net oil imports in 2018.

In the past, US presidents have sold emergency reserves three times: during the 1991 military operation following the invasion of Kuwait by Iraq; during Hurricane Katrina in 2005; and during the popular uprising in Libya in 2011.

Saudi Arabia has promised to mobilise its vast reserves to absorb the shock. The kingdom "holds a significant amount of crude oil and petroleum products in storage", equivalent to "about 35 days of the country's total crude oil and net refined product exports," said Barclays analyst, Amarpreet Singh.

Can the reserves be tapped immediately?

"Until a damage assessment (of the Saudi facilities) is available, it's not possible to make high confidence odds on the likelihood (the reserves) will be tapped," Bob McNally, president of the consulting firm Rapidan Energy Group, told Bloomberg.

"For now, the administration is reassuring the market that the US and other emergency stockholding partners in the IEA are ready to act."

Standard and Poor's suggested Tuesday that Saudi Arabia may have to reduce its output by three million barrels per day (mbd) for a month. In August, output averaged 9.77 mbd and it exported 7 mbd, S&P said.

Who could boost production?

In August, the Organization of Petroleum Exporting Countries, led by Saudi Arabia, had spare capacity of 3.21 mbd, including 2.27 mbd in Saudi Arabia, according to the IEA.

However, "at a time when oil markets have been in the shadows of a weak global macroeconomic backdrop, the attack on critical Saudi oil infrastructure calls into question the reliability of supplies from not just one of the largest net exporters of crude oil and petroleum products but also the country that holds most of the world's spare production capacity," said Barclays analyst Singh.

The other OPEC members that also have spare capacity, such as Kuwait and the United Arab Emirates, could help make up the Saudi shortfall, but there is no guarantee it would be sufficient or could reach global markets if tensions in the region break out into hostilities.

Another unknown: the capacity or willingness of Russia, the number two oil exporter, to boost production. Prior to that, Moscow, which isn't an OPEC member, and the cartel would have to agree to rescind the deal to curb output.

The US, the world's biggest crude producer, could also boost supply, primarily by increasing its shale output. But such an option has its limits, as that oil is largely lighter and no substitute for the heavy crude produced in the Middle East. In addition, the US infrastructure and ports are already stretched to their limit.